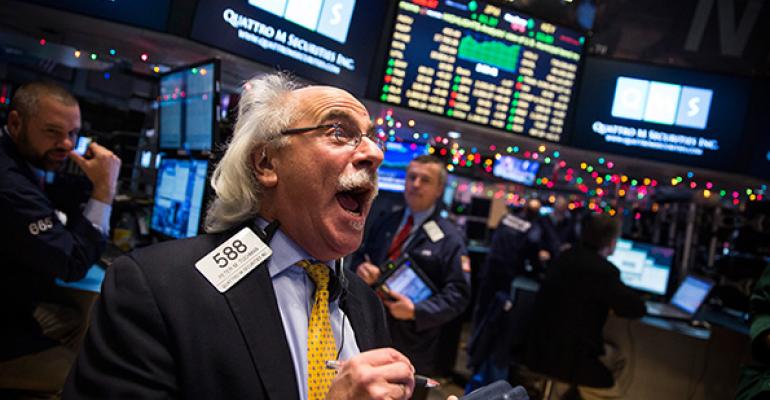 Big News for Stock Pickers: You Only Lost $100 Billion This Year

All it took was the best stock picking in a decade.

(Bloomberg) --For active equity managers, this is what passes for good news nowadays. Investors are pulling money out of their funds and depositing cash in ETFs at only about half the rate they were in the previous two years.

And all it took was the best stock picking in a decade.

About $100 billion was withdrawn from mutual funds in the first seven months of 2017, while exchange-traded funds attracted $80 billion, data compiled by Bloomberg and the Investment Company Institute show. While that’s not exactly evidence of blind loyalty among clients, the 1.2-to-1 outflow/inflow ratio is down dramatically from 2015 and 2016, when $1.90 left mutual funds for each dollar that went into ETFs. The data is at least encouraging for those who hope the abandonment of active funds will one day cease. In May, FTSE Russell chief investment officer Mark Makepeace said he doesn’t expect passive’s market share to exceed 40 percent because investors generally have a bias to believe they can beat the market and active managers have responded to the threat by lowering costs and raising transparency. Passive funds now account for about a third of the industry’s assets.

And this year’s stellar performance by stock pickers may have helped stem some of the exodus. Partly bolstered by a record overweight in technology shares, July marked the fifth straight month in which more than half of large-cap fund managers beat their benchmark indexes, according to data compiled by Bank of America Corp. That’s the best streak since 2009.