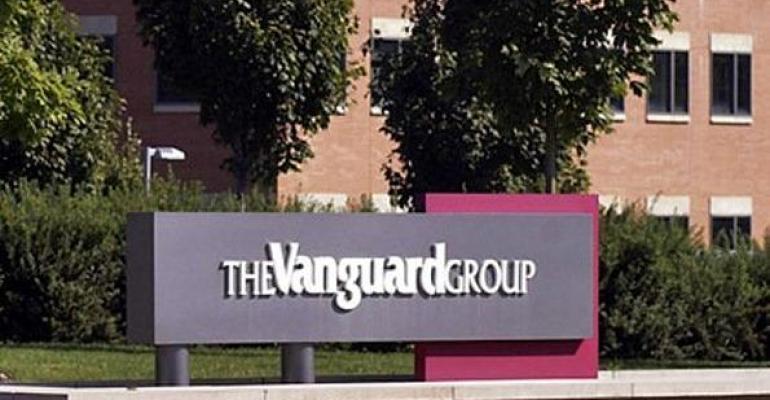 <p>Index funds are often called &ldquo;passive investments,&rdquo; yet there&rsquo;s nothing particularly passive about what Gerry O&rsquo;Reilly and his Vanguard colleagues do all day.</p>
Investment>Mutual Funds

On the Friday morning after the U.K. voted to leave the European Union, the manager of the world’s biggest mutual fund was on the trading floor in Malvern, Pa., watching numbers flickering on the four screens in front of him. Stocks were down 8 percent in Europe and 3 percent in the U.S. O’Reilly didn’t appear stressed. “For what we do, it’s not a huge deal,” he says.

That’s because O’Reilly’s job at Vanguard Group is to embrace the market, not avoid volatility. Every trading day, he makes sure the $450 billion Vanguard Total Stock Market Index Fund matches the performance of its 3,600-stock benchmark. That means owning stocks whether they’re plunging, surging, or unchanged.

O’Reilly manages a lot of money. In addition to running the biggest mutual fund, he oversees the third-largest exchange-traded fund and 16 other funds. Total assets for which he’s responsible: $800 billion.

Investors, driven by evidence that even the best active managers have trouble beating the market, have flocked to index funds like O’Reilly’s. As a result, Vanguard, the index investing pioneer, is now the world’s largest mutual fund manager, with more than $3 trillion in assets. Index funds are often called “passive investments,” yet there’s nothing particularly passive about what O’Reilly and his Vanguard colleagues do all day.

Joe Brennan, the head of the firm’s equity index group, likens managing an index fund to a game of darts—one in which both the player and the target are constantly moving. Money rolls into Vanguard’s funds almost every day, and that cash has to be put to work. The funds must match hundreds of small shifts in their underlying indexes, caused by corporate actions such as acquisitions and share issuances. “We have to deliver perfection every day,” Brennan says. “Sometimes you have to deliver perfection-plus.”

In theory, the best an index fund can do is the return of the benchmark minus the fund’s fees. In reality, a fund faces additional costs from trading and transactions that can widen the gap between the returns of a fund and those of its benchmark. Success or failure is measured in tiny increments. “A basis point to us is a huge deal,” O’Reilly says.

The best index fund managers find small ways to wring out additional gains while tracking a benchmark. For the past five years, the Vanguard Total Stock Market fund has lagged its index by an annual average of only 1 basis point, or 0.01 percent, even as it charges an expense ratio of 0.04 percent in its institutional share class.

How does the fund pick up the extra return? It makes some money by lending shares to short sellers. Last year it made about $95 million, or 2 basis points, from that. The rest comes from smart trading.

Vanguard’s traders continually walk a tightrope. On the one hand, they want to match their indexes as closely as possible. On the other, they want to buy and sell at the best prices while not letting other market participants take advantage of their need to stay fully invested. And even as it tries to be smart about where and when it trades, Vanguard’s equity team doesn’t want to get too smart. “We don’t want to take arbitrary risk,” says Ryan Ludt, co-head of U.S. equity trading. “My job is not to try to time the market to outperform.”

Vanguard has invested heavily in technology. Algorithms help managers figure out where to buy and sell while minimizing market impact. Risk software makes sure the portfolio stays close to the index. Because of these technologies, Brennan says, “we probably have the most assets per head of any asset manager in the world.” (The key determinant of staffing, he says, is the number of portfolios, not the assets in them.)

But you can automate only so much, and the tough decisions still fall to the portfolio managers. When is the best time to buy an illiquid stock that trades only once or twice a day? How do you handle a corporate deal structured in an unusual way or the issuing of a new class of stock?

The skills of an index fund’s human managers are underappreciated, Bruce says. While the top active fund managers are often treated like rock stars, index fund managers are basically anonymous.O’Reilly, 52, was a bit of a star himself as a young man. A native of Ireland who retains a subtle accent, he came to the U.S. in 1983 to attend Villanova University on a track scholarship. As a junior, he ran the mile in less than four minutes—a feat he repeated six times. He led Villanova to a conference championship and represented Ireland at the 1988 Summer Olympics in Seoul.

A few years later, O’Reilly joined Vanguard. He started managing the Vanguard Total Stock Market fund in 1994, when it had less than $1 billion in assets.

For a guy who oversees the better part of a trillion dollars, O’Reilly doesn’t put on many airs. He doesn’t have his own office. Instead, he works at a standing desk on Vanguard’s equity trading floor, which was renovated earlier this year in a somewhat utilitarian style. Vanguard doesn’t spend a lot of money on art or frills. “We don’t need fancy couches or stuff like that,” Brennan says. “We’re here to work.”

Working next to O’Reilly is Michael Buek, who’s managed the Vanguard S&P 500 Index Fund since 1991. Buek’s S&P fund now has $240 billion in assets. O’Reilly’s Total Stock Market fund, which is increasingly used in 401(k) plan target-date funds, passed Buek’s in size seven years ago. O’Reilly likes to needle Buek by reminding him of that.

Although Brexit was a minor event for O’Reilly and his colleagues, they were furiously busy a week earlier during the quarterly rebalancing of the Total Stock Market fund’s benchmark and other U.S. indexes.

When stocks undergo significant changes­—such as when a company is purchased—that gets reflected in the index at the end of a trading day. Minor changes, however, are bundled up and implemented once a quarter. At Vanguard, the quarterly rebalancing is an all-hands-on-deck affair, requiring the buying and selling of hundreds, sometimes thousands, of stocks.

On June 17 a team of 18 traders worked Vanguard’s U.S. portfolio. Pizza was served so staffers could stay at their desks as 4 p.m. approached. In index investing, the daily closing price is the crucial metric. For the most liquid stocks, such as those in the S&P 500, Vanguard buys and sells as close to 4 p.m. as possible to minimize tracking errors. Near the closing bell is also when volume is highest and Vanguard’s trades are least likely to move the market. For smaller, less liquid stocks­—some of which trade only a couple of times a day—the firm has to take care to avoid influencing their prices. It often buys these stocks earlier in the day, whenever traders see the best opportunity. “We don’t just blindly send” an order, O’Reilly says. “We screen to make sure our order won’t make too much of an impact on the price.”

Unlike other firms, Vanguard doesn’t separate the jobs of portfolio manager and trader. A portfolio manager must know not just what to buy and sell but where to do so. “They have a much tougher job than they used to,” Bruce says, given the increased complexity of the stock market. There are a dozen stock exchanges and more than 40 pools of liquidity in which trades can be executed.O’Reilly’s friends and family back in Ireland don’t really understand what he does. Even on Vanguard’s campus, 28 miles outside Philadelphia, he barely attracts attention. He can visit the Galley—the cafeteria whose name, like everything else on the campus, reflects the firm’s nautical theme—without being recognized as the manager of Vanguard’s largest fund.

“That’s a good thing,” O’Reilly says. Even though his name is on the fund paperwork, he says, managing an index fund is a team effort. “There’s a great camaraderie on the desk,” he says.

“If you have any kind of an ego, it’s going to get cut down pretty quickly,” he says. “If I come in with a bad haircut, I’m going to hear about it.”Steverman covers personal finance at Bloomberg News in New York.