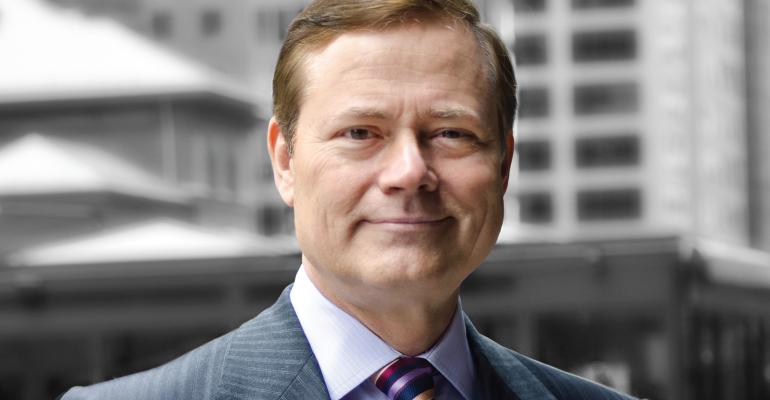 Diversity is essential if AGF is to regain its dominance after a six-year drop in net revenue.

(Bloomberg) --AGF Management Ltd., which turns 60 on Tuesday, is looking at acquisitions in the high-net-worth space and is planning a second infrastructure fund as it seeks to lessen reliance on its traditional mutual fund business.

"One thing that always bothered me with the retail side is the money’s very fleeting," Chief Executive Officer Blake Goldring, the son of AGF’s founder, said in an interview at Bloomberg’s Toronto office on Monday. "It can come in and it can go out, and we’ve experienced both sides of that coin. On the high-net-worth side, you have those client relationships that are more enduring."

Diversification is essential if AGF is to regain its dominance following a decade of regulatory changes and an exodus of investors to cheaper exchange-traded funds, which beat down the industry. Signs are encouraging: AGF will halt a six-year drop in net revenue this year, according to Bloomberg surveys, as redemptions slowed in the quarter ended Feb. 28 to the lowest since 2007.

The stock has risen about 28 percent since November, paring its plunge since 2007 to 82 percent. Goldring, who has been CEO since 2000, is in charge of ensuring the turnaround. Among his bets is a small but growing alternative asset business called InstarAGF, which is building a C$750 million infrastructure fund expected to close this quarter. It has committed about C$210 million to three investments, including an interest in the passenger terminal at Toronto’s Billy Bishop Airport.

"A major leader from a firm in the infrastructure space said to me, ‘Blake, people don’t realize how hard it is to do a first-time fund in infrastructure,’" Goldring said. "This will just build on to the second fund and we are fully committed." Besides diversifying into products, AGF’s looking to increase its presence in Toronto "at some point," Goldring said. Chief Investment Officer Kevin McCreadie, who joined the firm in mid-2014, has set a long-term target of getting 60 percent of AGF’s assets under management above the industry’s median performance when looking at a three-year timeframe. That number in the first quarter was 37 percent.

Another focus area is its nascent ETF business, which it launched in January with the introduction of seven new actively managed funds. They’ve only attracted about C$20 million of assets under management to date but Goldring said it’s still early days.

"I see this as being a significant contributor to us in five years time," he said. "Just as we’re seeing the really rapid adoption of ETFs in Canada, I think this could be one of our biggest growth areas as we look to the future."