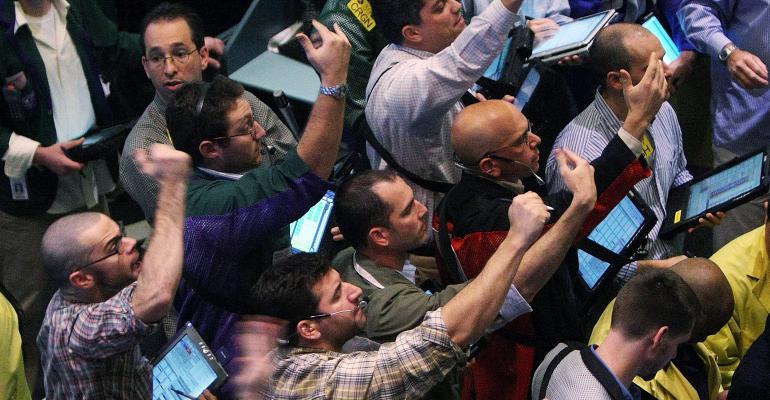 Commodities are for traders and have no role in a client’s long-term portfolio, these advisors say.

Conventional wisdom has it that investors should devote a small portion of their portfolio to commodities to increase diversification and enhance risk-adjusted returns.

But many experts say that advice is exactly wrong: Commodities don’t make sense as a long-term investment, and most clients should avoid them. The primary reason is returns—more accurately, the lack thereof. The inflation-adjusted Economist commodity-price index has returned close to zero since 1871, reflecting the up-and-down pattern of the asset class over the years.

“Commodities are a zero sum game,” says Tim Ghriskey, chief investment strategist at Inverness Counsel, a wealth management firm in New York City. “If you buy low and sell high, that works well. But you can just as easily do the opposite.”

The fact that commodities don’t pay dividends limits their returns and hence their appeal, experts say. “I like alternative investments to provide diversification,” says New York City financial advisor Tom Fredrickson, who is part of the Garrett Planning Network. “But I like income while I wait. When you own commodities, you don’t get paid to wait.”

One of the main arguments in support of commodities is that they provide a hedge against inflation, but here too there are better alternatives, he says. “Some inflation hedges pay you, such as TIPS (Treasury inflation-protected securities).”

Buying and selling commodities amounts to speculation rather than investment, these advisors say. “If you are a savvy investor and have the time and attention, there may be some money to be made by trading tactically,” says Karim Ahamed, an advisor at Cerity Partners in Chicago.

“But trading commodities strategically is a losing proposition.”

Commodities generally rise and fall in sync with the economy. So the short-term outlook for commodities is gloomy, given the slowdown of global growth, Ahamed and others say. “Looking around the world, I don’t see much of a catalyst for commodity demand to rise,” he says.

The eurozone’s economy expanded just 1.5%annualized in the first quarter, Japan’s economy grew 2.2% during that period, and the Atlanta Federal Reserve Bank projects U.S. growth of 1.5% for the second quarter.

After a “super cycle” upward for commodities in the early 2000s, it has been tough sledding. The S&P GSCI commodity index returned an annualized negative 12.7% for the one year through June 28, positive 13% for three years, negative 35.3% for five years and negative 11.5% for 10 years.

The bad numbers don’t end there. Most individual investors gain exposure to commodities through mutual funds or ETFs, and these funds don’t come cheap. Their average expense ratio totals 0.93% a year, according to Morningstar. That’s only slightly less than the 1.03% average for U.S. equity funds, and it tops the 0.86% expense ratio for taxable U.S. bond funds.

One factor limiting commodity fund returns is their dependence on futures contracts. Strange things can happen when those contracts roll over. If commodity prices increase, futures prices may rise far above the spot price, a situation known as contango, forcing a fund to pay dearly for its new contracts.

In addition, a chunk of the return from commodity futures funds has historically come from the interest income earned on cash collateral for the futures contracts. “With interest rates near zero, that part has vanished,” Ahamed says. And if the Federal Reserve cuts interest rates this year, as many expect, that scenario will get worse.

Another disadvantage of commodities compared with stocks and bonds is determining valuations. Stocks can be valued based on corporate earnings, and bonds on the strength of the issuer to repay. But, “it’s virtually impossible to value commodities,” Ghriskey says. “They move purely on supply and demand, and that can be so volatile, so commodity prices are volatile.”

Commodities also suffer from the progress of technology, which can make them obsolete. For example, there’s not much use anymore for whale oil, which was important in the 19th and early 20th centuries. Coal already appears to be on its way out. And the onset of clean energy sources and electric cars may send other fossil fuels to the dustbin of history too.

One might argue that an investor with a diversified stock portfolio already has a healthy exposure to commodities, given the wide range of companies that produce or consume them.

Commodities may make some savvy traders rich, these advisors say, but they don’t belong in a client account.