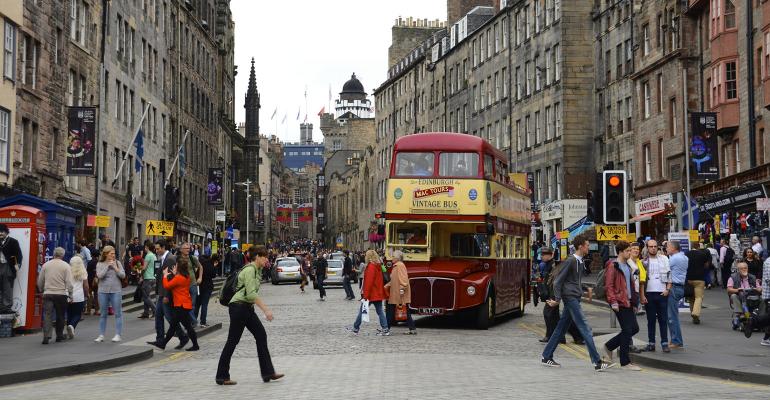 Baillie Gifford & Co. is focused on lower fees, not consolidation, to stay competitive.

(Bloomberg) --For many active stock pickers, low-cost investing pioneer Vanguard Group Inc. has come to epitomize the biggest threat to their business since mutual funds were first started almost a century ago.

But some 3,300 miles away from Vanguard’s headquarters in Pennsylvania, a Scottish money manager that’s been around since 1908 is taking a lesson from the U.S. behemoth to survive as a standalone firm.

Baillie Gifford & Co., which oversees about $202 billion out of Edinburgh, has been cutting fees to remain competitive in a low-return environment, a strategy that takes a page from Vanguard’s. While peers such as cross-town rival Standard Life Investments Ltd. are turning to mergers and acquisitions to weather the assault from index funds, this firm is betting that performance is still key to attracting clients including Vanguard, for which it oversees more than $20 billion.

“We’ve learned quite a lot from Vanguard,” said Charles Plowden, joint senior partner at Baillie Gifford who’s been with the asset manager for more than three decades. Cutting fees “is one part of our defense of active management. We’re not going to be able to beat them on costs, and we are not going to try, but it’s about performance after costs.”

Plowden, together with two other Baillie Gifford fund managers, runs about a third of the $5.1 billion Vanguard Global Equity Fund, which invests in stocks including some of world’s largest technology companies. The fund is beating 87 percent of peers over the past five years. Its expense ratio -- the total cost of managing a fund -- was 58 percent below the average of similar money pools as of January, according to Vanguard.

That success is also a model for Baillie Gifford. The firm has cut overall fees on some funds and introduced a two-tiered system on others that lowers charges above a certain threshold for assets under management. For the Scottish Mortgage Investment Trust, the fee falls to 25 basis points from 30 basis points for assets above 4 billion pounds ($5.2 billion).

Among their bond funds, fees range from 28 to 78 basis points and for multi-asset products the company charge between 45 to 83 basis points, according to data provided by the company.

Vanguard last week named Tim Buckley as chief executive officer to succeed Bill McNabb, who has helped the firm more than triple its assets since 2008.

“I love that everyone is following us,” Buckley said Thursday. “We are here to change the way people invest and we are taking that beyond the borders of any one country.”

U.K. active stock funds have an average ongoing charge of 1.04 percent compared with 0.44 percent for passive, according to Morningstar Inc. Vanguard, the world’s second-biggest money manager after BlackRock Inc., in May started an online service to sell its funds directly to U.K. investors, charging an annual account fee of 15 basis points and an average fund charge of 14 basis points.

Active managers “will have to cut costs to compete effectively with passives but that’s not sufficient,” said Christopher Traulsen, a director of global ratings at Morningstar. “Too many managers launch funds into areas where money starts flowing even when they don’t have much expertise in that area. They need to focus on what they do well.”

The marginal rate should come down for the largest clients, Plowden said in an interview from Baillie Gifford’s headquarters in Edinburgh. Clients “are putting more of their money into passive funds, but for the bit they are keeping in active, they need to get proper value for it.”

With record-low interest rates making it harder to eke out returns, the growing popularity of cheaper index-tracking funds has led to a wave of consolidation. Standard Life Plc agreed to a $5.3 billion merger with Aberdeen Asset Management. The combined company’s asset-management part of the business will oversee about $766 billion, more than three times what Baillie Gifford manages.

Unlike Aberdeen, which founder Martin Gilbert built via more than 40 deals over 34 years, Baillie Gifford hasn’t done a single deal in its 109-year history. Its senior partners aren’t convinced by the industry’s rush to create scale.

There’s room in the market for boutiques that manage their costs well, said Morningstar’s Traulsen. The most difficult position is being too small to get true economies of scale and too big to be considered a boutique.

That doesn’t mean that the firm is immune to merger speculation. Telfer says bankers are still pitching ideas in the hope he and his partners will change their minds, though it’s a far cry from the 1980s, when Baillie Gifford was receiving calls from potential suitors every month.