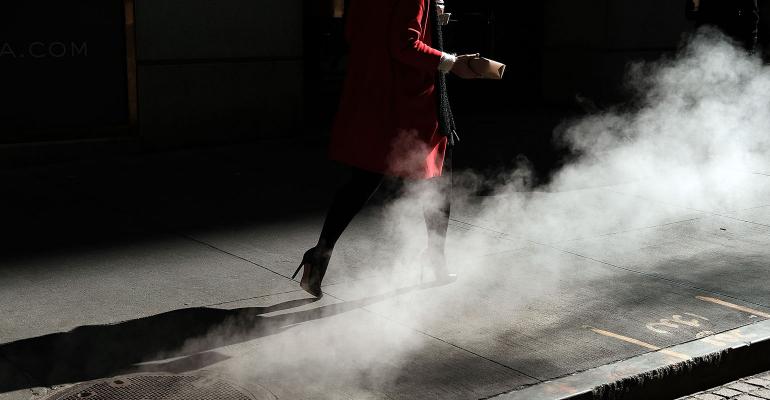 It's a disservice to clients that only 2 percent of those assets are managed exclusively by women.

(Bloomberg Gadfly) --By now we know that having more women on leadership teams enhances businesses. We also know that women have qualities that make them good investors, such as their approach to risk. Why then are there still so few women money managers? The figures are even starker than you might imagine. According to a 2015 analysis by Morningstar Inc. (the most recent year for which data is available), only 2 percent of the assets in the more than $12 trillion U.S. open-end mutual fund universe were managed exclusively by women, and just 2.5 percent of the funds had a woman as sole manager. Sadly, the rates are unlikely to have changed much since then.

At a time when there's a broad push to create more career opportunities for women, the fund-management space still seems walled off. What's less clear is why, though last week provided a glimpse into a familiar issue: Sara Tirschwell, a former fund manager at TCW Group Inc., a Los Angeles-based investment firm that oversees $205 billion of assets, alleged in a lawsuit that she was improperly fired in December just days after complaining that her boss had sexually harassed her. TCW denied the allegations.

The answer to gender disparity isn't the "Mike Pence rule," which sets women further back. Nor is it to pull out of a seedy, men-only fundraising event, rather than taking the chance to advocate for the inclusion of women and to create a welcoming atmosphere in the future. Having more women in power can help prevent sexual misconduct in the workplace and pave the way for other women to rise the ranks -- a point so painfully obvious that it's almost become cliche. And yet few industries have moved at a slower pace than Wall Street, particularly on the investing side. That's to the market's detriment. Globally, the proportion of funds that have at least one woman manager has held at about 20 percent since the financial crisis, Morningstar found in a follow-up study in 2016. The rates of female representation among mutual-fund managers were particularly weak in the U.S. and Germany at 10 percent and 9 percent, respectively. The U.K. wasn't much better at 13 percent. As of 2015 among the largest fund companies, San Francisco-based Dodge & Cox had the highest proportion of women fund managers at 25 percent, while Lord Abbett came in last at 3.5 percent.

Women are also less likely to manage active funds -- rather than passive funds that track indexes -- and more likely to run funds of funds, which own other funds rather than individual securities. This shows how women in the industry often have less influence over specific investing decisions, even though women have been found to be less knee-jerky when it comes to trading -- which saves clients money. According to Morningstar:

This invest-with-conviction approach that we observe among women may be especially beneficial for active managers, which increasingly face cost scrutiny and largely have underperformed passive funds with a conventional higher-turnover approach.

There also appears to be less job security for women in fund management, and their tenures are shorter. A study published last year by Brad Barber and Anna Scherbina of the University of California at Davis, along with Federal Reserve economist Bernd Schlusche, found that women have between a 9.2 percent and 10.5 percent higher probability of losing a co-management job than their male counterparts. Say a fund closes, the odds are higher that a male manager has other funds he's running, whereas a female manager may be left without a job.

But in the biggest clap-back to the notion that women quit to raise families, the academic study found that the "higher likelihood of prematurely leaving the industry and the lower odds of being promoted compared to men affects women across the age spectrum, and not only women of childbearing age." Women aren't opting out of money-management roles to have babies. The onus is on heads of investment firms to hire more women and give them more responsibilities.

Gender diversity and client returns go hand in hand. It's time the discussion makes its way to this segment of the economy next.