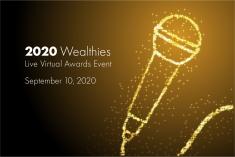 How Do Women and Men Stack Up at Managing Funds?
Mar 09, 2018
A recent Morningstar report shows women are vastly underrepresented but it’s not due to performance.

FUND FLOWS: As Dollar Weakens, Investors Pull Back from Bonds
Mar 06, 2018
With dollar weakness complicating the investment case for U.S. fixed income assets, flows to U.S. Bond Funds were close to neutral going into March as investors pulled back from all the major groups except Emerging Markets Hard Currency Bond Funds...

Special Report: Fidelity Puts 6 Million Savers on Risky Path to Retirement
Mar 06, 2018
While mutual fund deposits have surged, Fidelity has seen nearly $16 billion in net withdrawals over the past four years. Why? Because it's ramping up risk.

Vanguard Begins to Blend Media, Tech and Telecom Stocks
Mar 05, 2018
When ETF holdings are not static, evaluating them based on past performance is a lot less relevant.