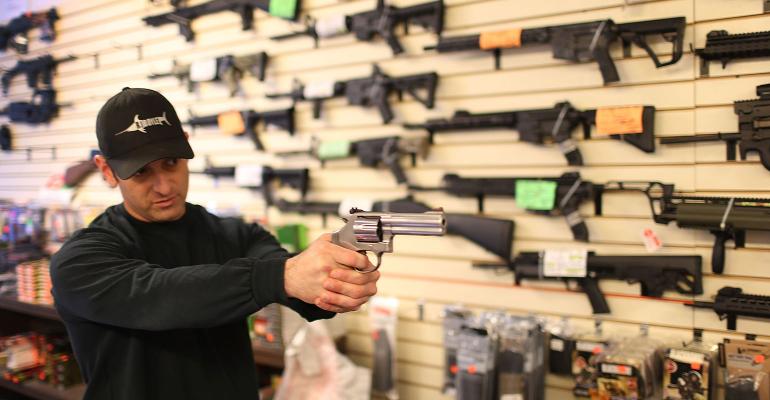 Letter from the Editor: March 2018

We received a lot of heated reactions to our Alternatives Editor Brad Zigler’s recent article on WealthManagement.com pointing out which exchange traded funds hold large positions in gun manufacturers. In the wake of the tragedy at Marjory Stoneman Douglas High School in Parkland, Fla., ours wasn’t the only publication to look at which asset managers own these companies and to point out that many investors in these funds were likely unaware of the fact.

It’s clearly a sensitive topic, and some advisors were quick to accuse us of making a political statement. We were called ignorant, uneducated and un-American. Criticism comes with the territory, so no harm done.

Though this particular criticism misses the mark. We’ll steer clear of the Second Amendment debate, but we won’t avoid the investment implications. And there’s a clear one: Owning gun stocks is bad for your portfolio’s health.

While there’s no index or fund manager that we’re aware of that specifically invests in only gun and ammunition makers, there is a proxy: “Guns, Guards and Gates” is a portfolio of 14 stocks on the Motif Investing platform (a brokerage platform that allows investors to create their own baskets of stocks around self-created themes—a kind of personalized ETF), with 28 percent of the value of the portfolio in gun and ammunition manufacturers. The remainder is private security companies and manufacturers of security screening equipment.

It’s worth noting that this portfolio, as of Feb. 26, was down 3.6 percent for the month; the S&P 500 was down 3.2 percent, so not a large difference. But over the past 12 months, the Guns, Guards and Gates portfolio returned 7.2 percent, far outpaced by the broader market’s 16 percent gain.

It’s easy enough to be even more focused; an equal-weighted portfolio of the three major gun manufacturers—American Outdoor Brands, Sturm Ruger & Co. and Vista Outdoors—has lost 16 percent of its value over the past 12 months. Over the past three years, the portfolio was down 31 percent. The broader market, clocked by the S&P 500 was up 30 percent on a cap-weighted basis, and 24 percent on an equal-weighted basis, during the same time period.

No matter how you feel about the gun debate in this country, it’s clear that owning gun manufacturers in a portfolio has, in the past few years, been a drag on performance. That makes sense; the risks inherent in owning these companies are large. Policy makers could impose stricter regulations. More importantly, public sentiment is turning away from the products these companies make.

If socially responsible investing is meant to create portfolios that reflect an investor’s values, with performance impact being a secondary consideration, it’s easy to imagine a market of gun-free portfolios.

The new world of environmental, social and governance investing takes that a step further. Regardless of how you feel about guns, the non-financial factors that threaten the fortunes of these companies are clear. Removing those risks from a broader portfolio could be the responsible thing to do for investors, regardless of the politics.