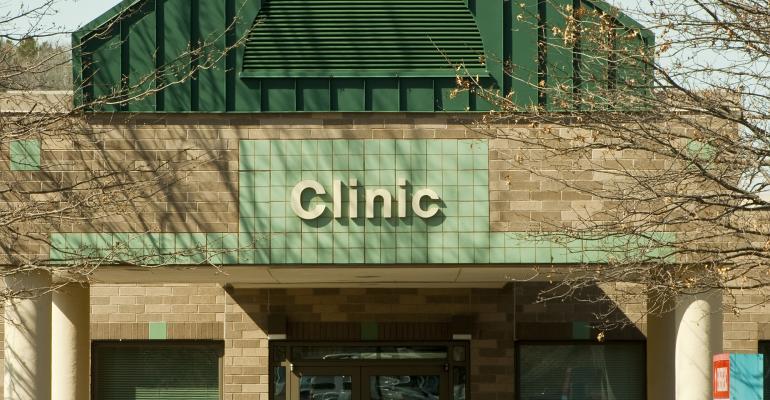 MOB Sales Fell by Nearly 50 Percent in the Second Quarter, But the Sector’s Outlook Is Strong

Despite lost revenue earlier in the pandemic, the medical office sector is bouncing back.

Investment sales volumes in the medical office buildings (MOB) sector have dipped and cap rates have flattened in recent month, but the sector seems to be bouncing back.

The volume of MOB investment sales transactions in the second quarter of 2020 totaled around $2.2 billion, a 43 percent decrease compared to a year ago. In the first quarter of 2020, MOB investemtn sales volume reached $3.7 billion, according to data firm Real Capital Analytics (RCA).

The CoStar Group, another provider of commercial real estate data, pegs MOB investment sales volume at around $2.1 billion in the second quarter, a drop of 54 percent from $4.7 billion from a year ago.

“The volume of sales has absolutely hit pause, it hit the brakes really hard in the second quarter. You saw a significant drop in sales volume,” says Keith Pierce, research manager for Southeastern region with real estate services firm Transwestern. “The price per square foot did not really shift that much for those sales that did close. But by and large, just everybody froze in late March and largely stayed frozen until sometime in June.”

Average cap rates on transactions involving MOB assets remained at 6.6 percent at the end of the second quarter, flat with the figure from a year ago and the first quarter of 2020, according to RCA. CoStar pegs average MOB cap rates at 6.7 percent, also registering no change from the previous quarter.

“I anticipate seeing somewhat of a flattening,” says Russell Brenner, president of the medical office and life sciences division with real estate investment firm CA. “Once the market truly opens up again and lenders, which have been very selective in where they lend, come back into the market in droves and in a more significant way, I think you may well see cap rates continue to fall. But for probably the next two three quarters, I think it will be a largely flattening of cap rates.”

Earlier during the pandemic, many Americans largely postponed elective procedures, which put a dent on revenues for medical office tenants. But in states where those facilities are reopening, industry sources are reporting pent-up demand.

“We saw very few delinquencies, perhaps a handful of rent deferral requests, but by and large, the healthcare medical office tenancy as a whole stood up very well,” says Brenner. “Certainly now that elective procedures are back on in most parts of the country, [MOBs are] poised to bounce back and will continue to be a stable and reliable asset class.”

Medical practices are running at 90 to 95 percent of pre-pandemic levels, says Steve Hall, senior managing director for healthcare advisory services at Transwestern. He expects this level of demand to continue through the end of the year. Jon Boley, senior vice president of acquisitions and development for HSA PrimeCare, a firm that develops, leases and manages medical facilities, says many of the company’s tenants are back to 80 percent of pre-pandemic levels of procedures and services. The reason these businesses are not back to 100 percent is because they are having to do above-standard cleaning in order to disinfect surgery centers throughout the day, Hall notes.

A factor that will shore up MOB assets in the future is the dearth of new construction happening right now, notes Hall. “During a pandemic, a lot of people aren’t pulling the trigger on a brand new construction,” he says. “The lack of construction going on right now I think is really going to keep the market strong since there is not going to be oversupply.”