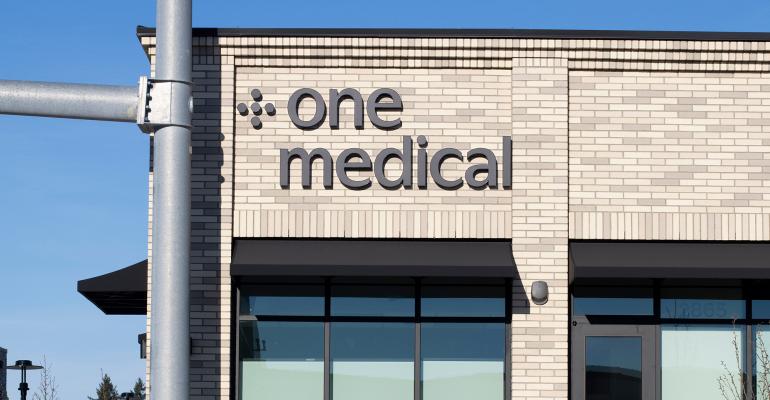 Amazon to Buy One Medical for $3.49 Billion in All-Cash Deal

One Medical, whose parent is called 1Life Healthcare Inc., operates 182 medical offices in 25 markets in the United States. Customers pay a subscription fee for access to its physicians and round-the-clock digital health services.

(Bloomberg)—Amazon.com Inc. announced it would buy primary-care company One Medical for $18 a share, the latest move by the e-commerce giant to muscle into the healthcare market.

The all-cash transaction has an equity value of $3.49 billion.

One Medical, whose parent is called 1Life Healthcare Inc., operates 182 medical offices in 25 markets in the US. Customers pay a subscription fee for access to its physicians and round-the-clock digital health services.

Amazon in recent years has launched an online drug store, following its acquisition of mail-order pharmacy PillPack Inc., and started a primary-care clinic for its employees and some other companies, among other health-focused initiatives. The One Medical deal would be Amazon’s third-biggest acquisition, trailing only its purchases of organic grocer Whole Foods Market and film studio Metro-Goldwyn-Mayer.

One of the least-profitable areas in medicine, primary care has been attracting investment from retailers, health insurers and drugstore chains. CVS Health Corp. and Walgreens Boots Alliance Inc., which are both adding primary-care services to their stores, fell on the news. Walgreens, which last year agreed to pay $5.2 billion for a controlling stake in clinic chain VillageMD, fell 3.1% as the market opened in New York, CVS lost about 2.7%, and Teladoc Health Inc. dipped 7.9%.

Amazon shares rose less than 1%, and 1Life Healthcare increased about 66%.

One Medical began as an early attempt to revamp primary-care services with sleek clinics in urban centers that patients or their employers paid a premium to join. For an annual fee, the company promised easier access to appointments and virtual consultations as well as a higher level of customer service than typical medical practices. It struck deals with large health networks such as Mount Sinai Health System in New York to refer patients for specialty care.

But unlike other investor-backed clinic chains such as Oak Street Health Inc., One Medical has historically focused on fee-for-service medical care, rather than new payment models that much of the industry is moving to. That changed last year with the company’s $1.4 billion acquisition of Medicare-focused chain Iora Health Inc., known for trying to reinvent senior care by improving quality while managing costs.

Despite billions of dollars invested in companies trying to reinvent primary care, clinic operators have struggled on the public markets, and valuations have sunk in recent months. Before the deal was announced, One Medical was trading below the price of its 2020 initial public offering.

Bloomberg reported earlier this month that One Medical was weighing its options after attracting takeover interest, including from CVS.

Completion of the transaction is subject to customary closing conditions, including approval by One Medical’s shareholders and regulatory approval. On completion, Chief Executive Officer Amir Dan Rubin will continue to run One Medical.