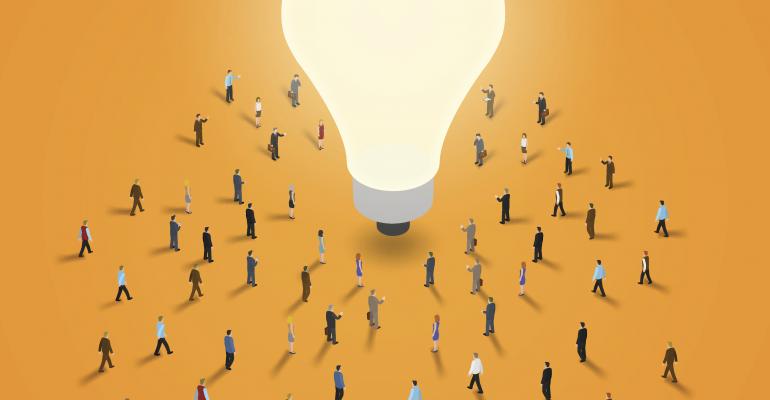 First Trust, BlackRock, American Funds, iShares and Guggenheim Investments topped the list as the “most successful in getting advisors to read their thought leadership material” and having “greatest potential of going viral within the industry,” according to a recent Advisor Touchpoints and Cogent Reports study by Market Strategies International. The study found that emails are the leading mode of outreach for financial providers and “thought leadership” could be the key to standing out. “With emails serving as a pervasive type of marketing touch, providers need to figure out a compelling way to differentiate themselves by capitalizing on their strengths,” said Meredith Lloyd Rice, vice president at Market Strategies. The study found that the most successful topics of thought leadership include “how to increase client satisfaction” and “how to generate in-retirement income.” Atlanta-based Arkadios Capital, a hybrid RIA and independent broker-dealer with $2.2 billion in AUM, has named John Harrison as president. Harrison most recently served as senior vice president at Cole Capital Partners for more than 12 years. In his short time at Arkadios, so far, Harrison has already brought over three teams with more than $850 million in AUM. Arkadios was founded in 2016 to benefit high net-worth individuals, foundations and endowments; “I chose to move to Arkadios because it fills a major need in our industry by allowing advisors the flexibility of an RIA while maintaining their book of commission business and offering access to a broader array of investments than fee-only practices,” Harrison said in a statement.

Ex-pats Rank Singapore as Best Country to Live and Work Singapore is the best place to live and work for ex-pats, according to the recent Expat Explorer survey by HSBC. Norway jumped four places to come in second in the survey, which asked more than 27,500 expats about their experience abroad. These countries are regarded for their stable economic and political environments, as well as fulfilling experience and improved family life. However, the U.S. ranks first for career progression. The survey also found that, on average, moving abroad increases ex-pats’ income by 25 percent (the average expat earns nearly $100,000 a year). In addition, New Zealand ranked first for quality of life and Netherlands topped the list as the best place to raise a family.