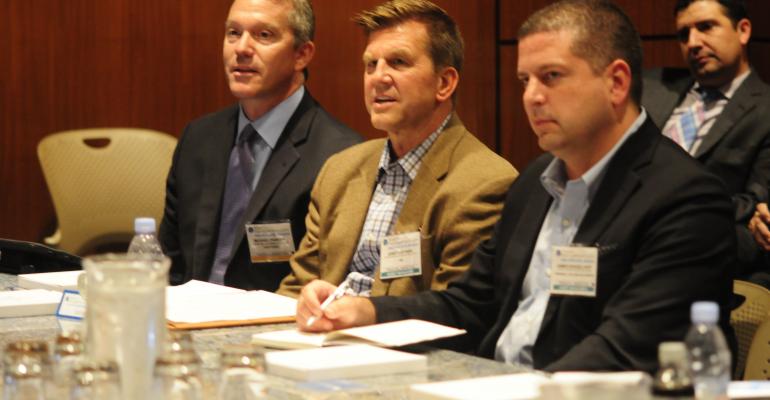 For several years, the financial services industry has looked for the benefits of marketing mediums that seem to resonate so strongly in the consumer space. But marketing executives at major financial services firms still struggle to incorporate things like social media and video into their communication strategies as they navigate compliance, low adoption from those in the distribution channels and a bottom-line emphasis that doesn't allow for much creative investment.

Despite years of regulatory guidance and software development around social media, compliance is still a barrier to using it, execs said.

“Compliance should not be affecting your ability to be on social because being on social doesn’t mean you have a ridiculous Twitter handle,” said Jennifer Connelly, moderator of the roundtable and CEO of JConnelly, a communications and marketing firm. “Being social means that you’re engaging online in a thoughtful way.”

Advisors already have so much on their plates that social media becomes another program of best practices that they have to learn, said Jim Olsen, principal for marketing at Edward Jones.

“So you’ve got a relationship expert that somehow needs to become a marketing expert, and we haven’t done enough to—I think—simplify it for them and align the key marketing levers that they can pull to the business objectives that they have for their practice,” Olsen said.

Sarah Gosler, head of marketing at Wedbush, said her firm has had some success with social media by first going to advisors that are more progressive, understand social and with whom you can have an open dialogue. The firm builds a series of successes with those advisors, then goes to the second-tier advisors who kind of get it, and goes down from there.

Todd Eckler, chief marketing officer at Fiduciary Trust Company, said it’s difficult to deploy a marketing strategy across a large advisor force. Advisors are strong-willed people, he said, and you can’t control each one. Success, therefore, requires pilot programs that demonstrate the value of a marketing program to the advisor.

“It’s having a structured way to create experiments to execute on a small scale, learn quickly and decide how you’re going to proceed, or are you going abandon that or put it on a shelf until later,” Edward Jones’ Olsen said.

Having that experimentation mindset has helped Edward Jones because the firm has been able to understand where there is potential, and where efforts are not worth the time.

“We rarely venture down a new path until we really see a clear benefit or line of sight,” Olsen said.

Video is another medium firms have been eager to embrace at first blush, but ultimately slow to adopt.

“Just because you’re not a big consumer brand, doesn’t mean you shouldn’t be thinking about the fact that in one year, 80 percent of the content online is going to be all video,” Connelly said.

James Spiegelhoff, director of marketing and practice at Pershing, said his firm has been slow to market because they lack production capabilities in-house.

Charley Kersten, head of institutional marketing at John Hancock Investments, said a lot of his firm’s investment talent is not in their building, so they’re exploring a “video-in-a-box” concept. This allows a person to create video content and start the upload process from their end. The firm still has to figure out the editing and compliance side of things, but this at least makes it more mobile on the production end.

Financial services marketers may also envy what they see as the broader creative budgets and lower emphasis on immediate return on investment that they labor under. The marketing execs said they all struggle with showing their CEOs how their marketing dollars are turning into qualified leads, but that's not always a quantifiable return.

Gosler said ROI has helped her gain her CEO’s trust in other areas that aren’t quantifiable, but “I think one of the hardest things that ROI misses is the benefit of actual brand visibility,” she said. Attending a conference, for example, might not directly lead to a new client, but it has value in getting in front of the firm’s peer group.

Firms can now track email open rates and website engagement, but it’s hard to connect that to an actual lead or movement of the revenue needle. Todd Estabrook, chief marketing officer at Commonwealth Financial Network, said leads often come from a combination of efforts.

“It really is false to attribute 100 percent of the benefit to the last exposure that they had from you as communication,” he said. “So until our CRM capabilities are really hooked up to all of our marketing efforts—and that is not as easy as you’d like to think it is—you don’t know what the diet was for that prospect.”

Michael Parker, chief development officer, enterprise development, at HighTower, said his firm studies all the combinations of marketing efforts and the common thread to all of its closed business. “Then we invest in that combination.”