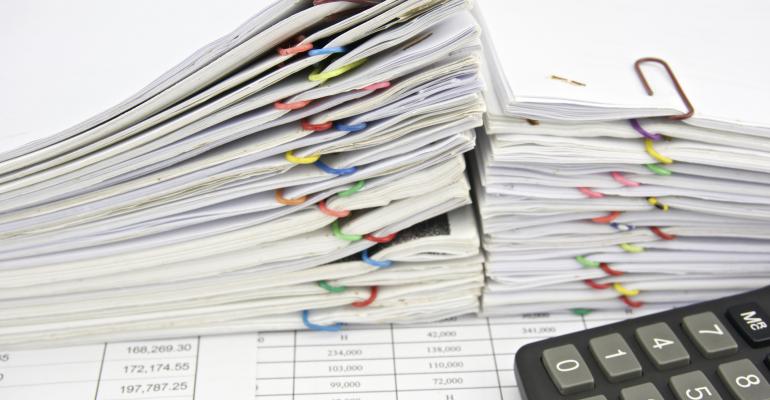 Securities regulators expect investment advisers to get their facts straight and to possess evidence to back up statements they make to clients, as well as prospects.

Analyzing the mid-term elections, there is increased discussion regarding the accuracy of political advertisements. Yet political candidates are not the only ones who are subjected to fact checking. Securities regulators expect investment advisers to get their facts straight and to possess evidence to back up statements they make to clients, as well as prospects.

Watch Out for the Factual Content of your Marketing Campaigns

Much like political advertisements, an investment adviser’s marketing campaign will be fact checked by securities examiners. Examiners will frequently focus on advertisements referring to the performance of a Registered Investment Adviser (“RIA”) to determine whether they are false or misleading. RIAs must have books and records to substantiate their performance, and examiners are likely to double check the adviser’s math. Investment advisers must retain all accounts, books, internal working papers, and any other records or documents that are necessary to calculate the performance or rate of return of managed accounts.

If an advertisement discusses performance over a ten-year time frame, an adviser should retain records for all of those years. It is not sufficient to retain five years of documentation as is required by the SEC and most states’ books and records rules. If an adviser claims to have produced superior investment returns since the inception of the firm, it must have all of the required records to back up that claim.

Examiners are particularly wary of firms that advertise backtested performance returns. Backtesting is a hypothetical reconstruction, based on past market data, of what the performance of a particular strategy, theory, or model would have been if an adviser had used it during a specified time period. Backtesting may mislead clients, because the backtested model can be tweaked repeatedly until the adviser receives favorable results.

As examiners fact check performance numbers, they will look to see if the results were reduced by the RIA’s advisory fees. Performance returns must be presented net-of-fees in order to be compliant. Advertisements containing performance results must also be accompanied by thorough and complete disclosures,

Without Proof to Back Them Up, Advertisements May be Misleading

Unlike political advertisements that spin statistics in the candidates’ favor, an adviser’s marketing pitch should rely on an objective analysis of all the data. Some advisers claim they offer a “time-tested” investment strategy, which is a nebulous statement that is difficult to fact check. In some cases, RIAs claim they have “successfully” managed their clients’ portfolios and helped them reach their goals. Statements of that kind are vague and imply that all clients reached their investment objectives.

Advisers often make statements that are impossible to prove with objective evidence. For example, an advertisement might claim that the firm is “highly respected in the community,” which is impossible to prove. Advisers sometimes boast that they are the only firm in town providing certain services and strategies. While it is relatively easy for an RIA to prove it offers those services, an adviser will find it difficult to show that others do not take a similar approach.

Making absolute statements about the merits of a strategy may come too close to guaranteeing a successful result. The situation is exacerbated when an RIA claims it has academic research and other proof that the strategy will succeed. Securities regulators are likely to drill down to see if the adviser does, in fact, have empirical evidence to prove the statements being made. Furthermore, there may be academic research reaching a different conclusion.

In all areas of compliance, facts are not facts unless there are books and records to verify them. Examiners will not take an adviser’s word for it that certain events occurred.

Examiners will independently confirm disclosures made in an RIA’s Form ADV. Securities regulators will use the Internet and other sources to investigate whether advisers do, in fact, have the credentials listed on their Form ADVs.  In addition, examiners are cross-checking advisers’ business experience by comparing Form ADVs to Form U4s.

In the political arena, elections are often won or lost without regard to whether the candidates’ commercials and statements are factual. In the advisory arena, however, RIAs have a lot to lose if their marketing campaigns twist the truth or fail to substantiate the claims they make to attract clients.

Les Abromovitz, JD, is the author of two RIA compliance books and is a senior consultant with National Compliance Services.