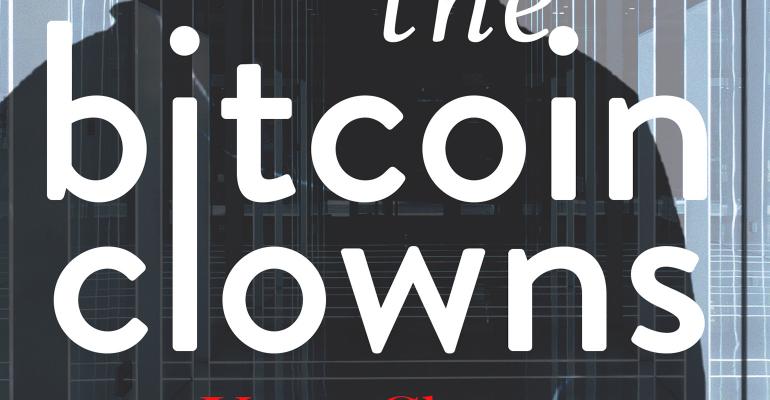 Make room on the summer reading list: The Bitcoin Clowns will be available on June 30th from Hong Kong novelist Vann Chow. The novel follows the saga of the talented programmer Jong He, who takes a page out of the SEC’s PSA book and creates a “pet cryptocurrency” as a joke. But He soon finds himself hoisted by his own petard as the cryptocurrency he created gives rise to a crypto-billionaire, as well as a drug cartel and a gang of hackers. Meanwhile, the novel’s young protagonist searches for his missing cousin and sidesteps a suspicious murder. No word on whether Chow will accept cryptocurrency as payment.

Charles Schwab has officially moved into its new 469,000-square-foot, 50-acre campus in Austin, Texas. Located at Gracy Farms, the campus includes two five-story office buildings, an amenities center and a parking garage. It is the home to about 1,900 employees, across all 15 lines of Schwab’s business, including the new digital accelerator program. Among the features at the new campus are walking trails, onsite yoga classes, showers and changing areas, a self-checkout cafeteria, an employee Schwab branch, adjustable sit-or-stand desks, an auditorium with seating for 275 and an artist program showcasing the artwork and photography of employees and local artists. Schwab has been in Austin since 2000, and there are currently more than 110 job openings there. Further expansion is also in the works, with construction of an additional office building and second parking structure scheduled to begin this summer.

Massachusetts continues its push to lead the fintech scene with the announcement of a new vertical accelerator, MassChallenge FinTech. The program will match later-stage startups with industry leaders, according to a statement, and participants will have the chance to win a portion of a quarter million dollars in zero-equity cash. The six-month accelerator will be led by Devon Sherman, a former strategist at State Street Corporation. Supporters of the public-private partnership include Massachusetts Mutual Life Insurance Company, Fidelity Investments and John Hancock, with endorsements by the state’s governor and Boston’s mayor. The program, which includes free office space, begins in January 2019 and goes through midyear. Applications will open in August to “industry-focused startups that have raised less that $5M in equity-based funding and generated less than $5M in revenue in the last 12 months.”