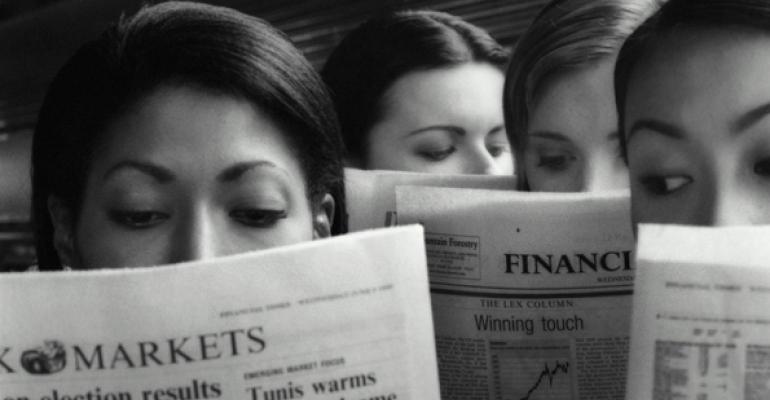 Are Women More Invested in Growth Than Men?

Female advisors outinvest their male counterparts when it comes to marketing.

A recent study from SKY Marketing Consultants, conducted in partnership with Informa, shows that female advisors intend to spend more time and money on marketing in 2022 than their male counterparts.

When asked how much time and money the survey participants planned on spending on marketing, the aggregated results showed that women plan to outinvest their male counterparts in both categories: 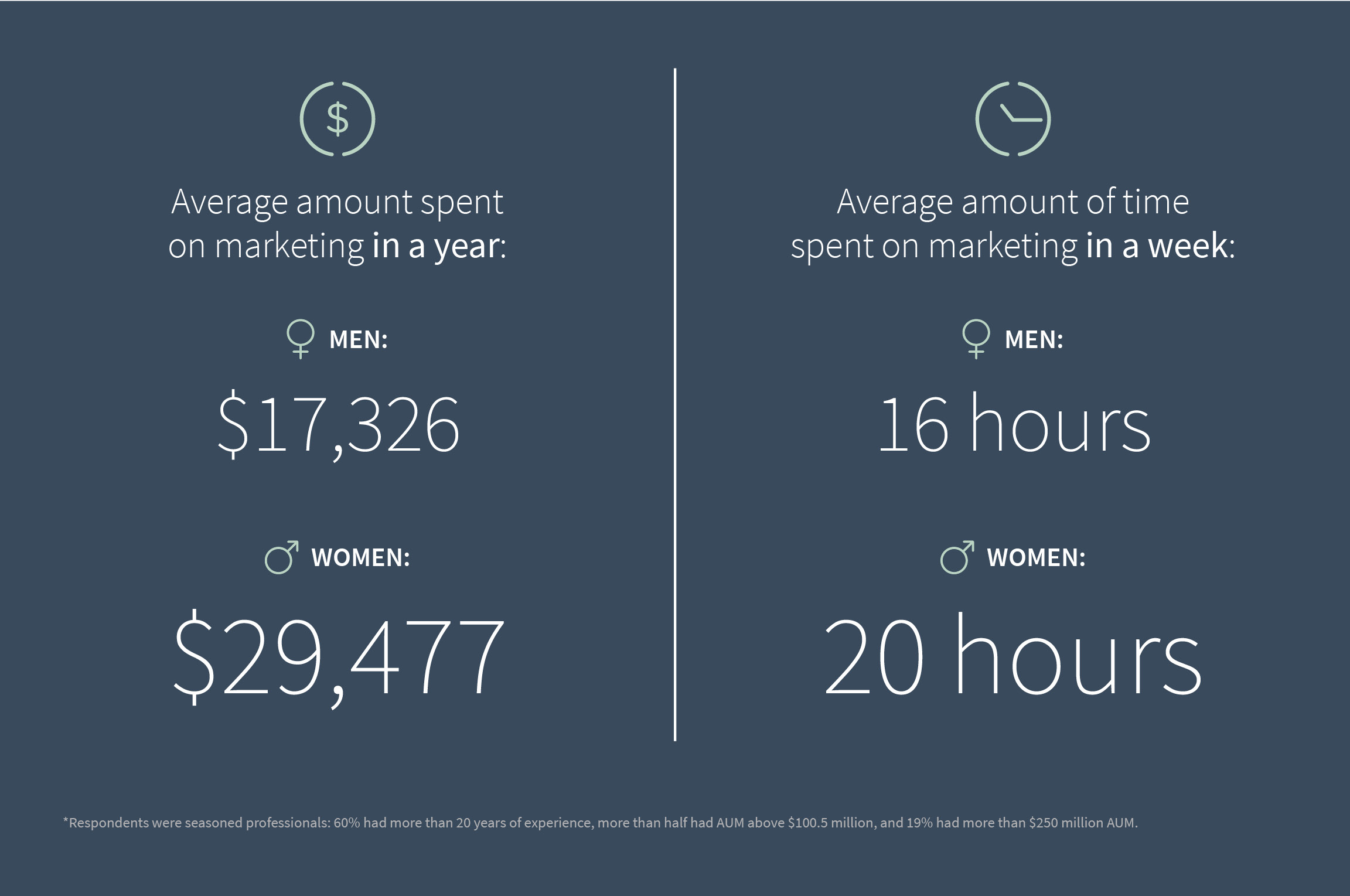 The results beg the question: Why?

One possible explanation is the fact that the industry is still heavily weighted toward men, giving them an awareness and share-of-voice advantage over their female peers. Depending on the source, estimates for how many women make up the financial advisor population range from 31% (Bureau of Labor Statistics) to 23% (CFP Board).

I think the number is likely even lower. Most sources tighten the audience they’re evaluating based on license type, type of accreditation or employment status—and if you include the entire population of investment professionals who serve investors, the number of women as a percentage of the overall population is likely closer to 10% to 15%.

Currently, women comprise only 12% of Barron’s “Top 100 Financial Advisors” in the United States, and most “best of” lists compiled by national, trade and local publications feature smaller proportions of women than men—this is critical, considering many new investors (those who experience a liquidity event or inheritance) use those lists to help them track down a trustworthy advisor.

No matter what the source, it’s clear that women are still dramatically underrepresented in the industry. And it appears they’re ready and willing to do something about it.

A non-gender-relevant response on the same survey exposes another possible explanation for the disparity in intended investment in marketing between women and men: 61% of wealth managers believe marketing is key to growing their practice versus just 8% who believe sales is more important. But when you remove all of the women’s responses to that question, it increases the percentage of respondents who believe sales is more important. This may mean that men tend to favor sales tactics for growing their practices, whereas women favor a more marketing-heavy approach.

Despite representing a smaller portion of the advisor population, women consistently represent approximately 50% of SKY Marketing Consultants’ client base. We also see a slight, general difference in the types of requests we get from women versus men. Anecdotally, we see men asking for more sales pitchbooks, prospecting lists and event support; whereas we see women asking for more brochures, website content, newsletters, social media support and topical collateral. Though the gender difference may be slight, it implies to us that women, in general, tend to view marketing as an ongoing activity as opposed to a one-off tactic.

Regardless of the reason behind the disparity in marketing investment between men and women, it’s clear that the industry needs to continue to expand efforts to hire and support advisors who are women. Fifteen years ago, I think the "We need more women advisors" mantra was simply a talking point from leaders in financial services. Now, I’d say nearly every corporate client we have is putting money, time, and energy into correcting this problem.

With the percentage of wealth controlled by women expected to increase exponentially in the years to come, it’s likely that the traditional gender disparity on the investor side is starting to balance. It’s up to every successful leader in wealth management, regardless of gender, to put tangible support mechanisms—in the form of marketing, hiring, professional development and more–in place to correct the disparity on the advisor side.