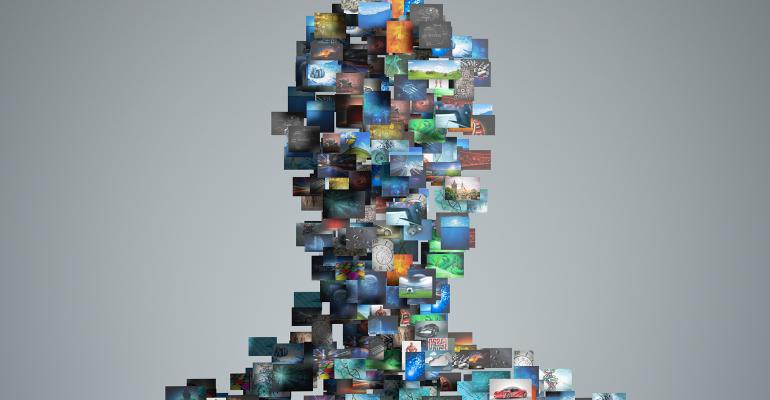 Many financial advisors use traditional radio and television broadcast as a cornerstone for their marketing strategies, but bad advice abounds.

When it comes to marketing and advertising, many financial advisors seemingly chase shiny objects without the benefit of a strategic plan created by legitimate marketing professionals. They search relentlessly for that one mythical and magical answer to all of their lead-generating dreams. As a result, they end up not having an integrated strategy and their marketing occurs one shiny object at a time in a series of disconnected marketing silos.

When utilizing broadcast as a marketing platform, advisors are frequently led to believe that it is simply “enough” for them to have their own radio show or run commercials on television. And sadly, this misinformation is responsible for lost opportunities and diminishing returns on investment. So today, we’re going to address and debunk the five biggest broadcast myths for financial advisors.

Myth No. 1 – The Station Will Handle My Campaign

Reality: You’re one of a couple hundred active accounts the station has and more than likely NOT their top spending advertiser. And your account executive is busy chasing new business, so watching every detail of your campaign is not their top priority.

Simply put, the onus is all on you (or your media buying/management partner) to monitor every aspect of your campaign on a daily, weekly and monthly basis. It’s not uncommon for commercials to air outside of the days and times you purchased, or not have even rotation across the day, causing you to potentially miss out on large segments of the station’s audience. Without checking pre- and post-commercial traffic logs you would never know until you received the invoice, and then only if you checked it closely against your order. The point is, you need to watch your campaign closely and hold the station accountable for scheduling errors.

It's also important to know who to ask for and what to ask for when things aren’t running smoothly at a station. Remember, you’re dealing with professional negotiators at the station who know you are a novice in the world of media. They treat the professional media managers a lot differently and expect to give added value for these common station mishaps.

Myth No. 2 – My Phone Will Start Ringing Once I Get on the Air

Reality: Fewer people are actually picking up the phone than they did in the past and the way people consume media today is vastly different than it used to be. If you don’t have a digitally integrated campaign, you will be at a distinct disadvantage. Launching a broadcast campaign without having a corresponding digital strategy is like trying to eat soup with a fork. Sure, you might get some results, but you’re sacrificing so much for so little in return. In the past, consumers picked up the phone as the first point of contact, now they almost always look you up online first. And it’s also important to remember the principles of reach and frequency when it comes to successful marketing. So, having multiple touchpoints like a dedicated media page on your website and a database marketing strategy to reach consumers with your broadcasting message is vital.

Of course, you can’t forget the basic principles of good broadcasting that starts with good copy. That means you should have a clear message that distinctly differentiates your brand and contains a strong call-to-action component. Remember, the more impactful the offer and the more times you reach someone with that offer, the better chance you have at moving them along in the buying process.

Reality: This is perhaps the single biggest myth perpetuated by bad advice and the herd mentality of following everyone else. The fact is that prime-time weekday audiences are many times larger than the weekend audience, frankly it’s not even close.

Marketing generalists with minimal exposure to the broadcasting industry will tell financial advisors they need to purchase hour-block show programming on the weekends. Unfortunately, the vast majority of advisors are getting their broadcasting advice from people in smaller markets, with limited or no experience as professional broadcasters. This lack of experience means they may be oblivious to factors such as the vastly smaller audience size of weekend programming, the fact that listeners consume media differently on weekends than weekdays and perhaps most important of all, they ignore the entire concept that radio is based on, reach and frequency. Simply put, it took you many times to learn the words of your favorite song, but through repetition you learned it. If you only run a show on the weekend without any weekday commercials or without a digital strategy you only get that one chance for people to hear your message.

There’s also the practical matter of time. It takes time to properly prepare and record a radio show and time is something busy advisors are in short supply of. They’re devoting time every day to their family, employees, clients and finding/closing new business. For many advisors, dedicating hours each week to the production of a good radio show is just not possible. They have another option and can accomplish the same brand awareness, while increasing their reach and frequency through a strategic weekly commercial spot campaign.

Myth No. 4 – I Have a Lot of Listeners to My Radio Show

Reality:  You would be shocked at how few people are actually listening to your radio show and listening to it in its entirety.

As touched upon previously, radio (and television) works by utilizing the principles of reach and frequency. A weekend show has limited reach due to the reduced audience levels and almost no frequency since the show only airs once a week. People are also usually out and about on the weekends, so they may only catch different segments when they’re getting in and out of their car as they run their weekend errands. That’s why if you combine your show with a healthy radio commercial schedule during the week, you’ll have a much better chance of people hearing your message. So, don’t become a victim of your own ego, realize that weekend programming is different, and you have to get creative to reach your audience.

Part of that creativity is the lesson from Myth No. 2 and the fact that people now consume media on-demand. The DVR and podcast platform essentially eliminated the need for viewers and listeners to adhere to a specific time schedule in order to consume their favorite programs. They expect to be able to consume their media when and where they want. One of the biggest mistakes an advisor can make is not catering to the changing landscape of media consumption. You’re paying for your radio show or television segment every week, so don’t let it air and just disappear—re-purpose it! Besides archiving everything on your website, you should push your shows and segments out each week to social media platforms and to your database through a thoughtful, email marketing and lead-nurturing strategy. So, be resourceful and find new ways to reach and engage people with your content.

Myth No. 5 – Television Is Too Expensive for My Budget

Reality: From local stations to cable networks, there are numerous cost-effective options you should know about.

For whatever reason, the second someone starts to think about advertising on television they immediately think the exorbitant price of a Super Bowl commercial. If this sounds like you, then you might be letting perception cloud reality, and you could be missing out on a big opportunity. In most cases, you’d be surprised to learn that depending on the market, you could actually get on television for less money than radio.

Many local television markets have some type of a morning show where you can be a guest for a five-minute segment. These shows are hosted by well-known local talent that can help introduce you to their audience in a friendly light. One of the biggest benefits to doing these types of shows is you’ll now have a five-minute video of your business with a professional host, mitigating one of television’s biggest expense: commercial production. Now, you’ll have a professionally produced video that will be live on your website and get pushed out to social media and to your database.

Cable television is another option to consider because of its affordability and targetability. In many markets you can purchase cable television advertising for less than radio and have the ability to hyper-focus on specific regions or zones within your market. You can also target specific audiences by choosing certain networks like news, sports or real estate-based programming.

By understanding how media works, you can make it work better for you. You can leverage your media for many different strategies from brand awareness to direct response, and if you avoid some of the myths out there, you will most certainly increase your broadcast ROI.

Greg Dinetz is co-founder of Lone Beacon, a sales, marketing and practice management firm dedicated to serving the independent financial advisor industry, with offices in Boston and Denver.