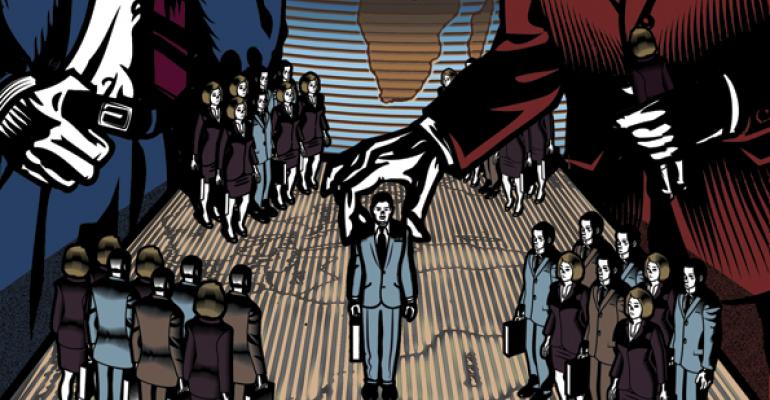 When the Fight to Independence Is Won

Breaking away from a large institution can get messy. But if this advisor’s tale is any indication, it does pay to fight the system—sometimes.

Breaking away from a firm has become a common phenomenon within the financial services industry, with financial advisors regularly accomplishing transitions without too much disruption. But occasionally, things get messy.

In a recent breakaway deal, a former Edward Jones advisor had to face his former employer across a courtroom. Going up against an 800-pound gorilla is not easy, but in an unusual turn of events, a FINRA arbitration panel last week denied the firm’s $5 million claim against the advisor, dismissing all claims. Edward Jones declined to comment for this article.

The trouble began when John Lindsey—a 15-year Edward Jones veteran—quit the firm on March 30, 2012 to open his own practice affiliated with Irvine, Calif.-based Cooper McManus, a hybrid RIA firm with brokerage business through Securities America.

Lindsey, who was a top producer with Edward Jones and a regional leader for 65 of the firm’s offices in California, said two primary factors prompted his decision to go independent. He said he would be better able to service his clients independently, and was also planning his succession. Lindsey's three daughters are all licensed in the industry—not with Edward Jones—and he eventually planned to bring at least one on board.

After reaching out to the firm, Lindsey said he grew tired of Edward Jones’ slow pace of change in this area. “[Edward] Jones didn’t have a succession model that was comparable with the industry standard,” he said, calling the current succession offerings “inadequate.”

To gain the flexibility and service he was looking for, Lindsey opted to open his own firm, Lindsey & Lindsey Wealth Management. Lindsey said it wasn’t a light decision, noting he spent two years diligently researching  a number of options.

After announcing his intentions to leave, Edward 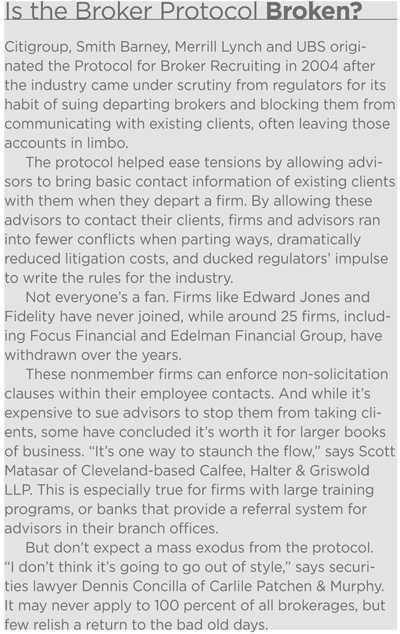 Jones acted quickly. “They started the legal machine relatively immediately,” he said. Hours after he filed his resignation, the firm sent representatives to the Simi Valley, Calif. office to oversee his exit. The firm also allegedly sent the former employee a standard letter notifying Lindsey what actions could potentially violate his employment contract. Edward Jones, which is not a member of the broker protocol allowing advisors to solicit clients, maintains that client accounts and client contact information is property of the firm, not an individual advisor.

A little over a month later, Edward Jones initiated legal proceedings against Lindsey, claiming that the former employee stole trade secrets, violated his employment contract, and that his alleged misconduct damaged the firm. The firm was seeking $5 million in damages, as well as attorneys’ costs and legal fees.

Lindsey claims that the firm also engaged in a massive mailing and phone campaign targeting all of his current 1,432 clients—which represented $163.6 million in AUM, according to the firm’s complaint—warning them to check all costs and fees before moving with their advisor.

“I didn’t expect this from a former firm that I spent 15 years with,” Lindsey said. Although he wasn’t completely unprepared—he hired Gartenberg Gelfand Hayton & Selden LLP before starting the transition process—the level of vitriol was surprising, he said.

Lindsey claims he’s not the only one. According to court documents he provided, Edward Jones has filed over 200 similar cases against ex-advisors since 1993.

The firm also claimed that Lindsey violated Regulation S-P, a rule governing advisors’ treatment of clients’ non-public information, prompting FINRA to perform an investigation. While Lindsey said the regulator found no violations, it was an intense, costly exercise that interfered with his business.

Calling the arbitration “a brutal process,” Lindsey is nevertheless pleased with the outcome. He claims that Edward Jones approached him early on with a $30,000 settlement offer, but he turned it down. “[Edward] Jones would have taken it and declared victory,” he said. 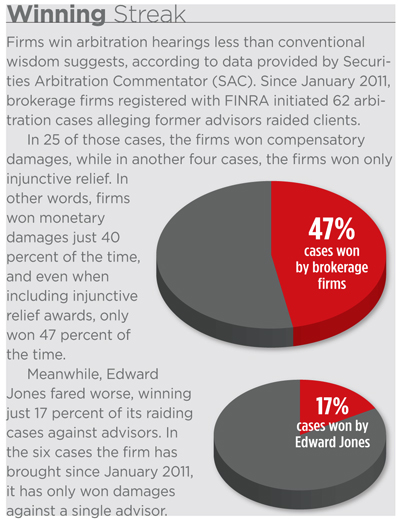 But although the arbitration panel dismissed Edward Jones’ claims, as well as the advisors’ counterclaims, Lindsey still shelled out for legal costs—which he said were “significant”—and over $4,000 in arbitration fees.

Boul also pointed out that in the companion case filed in the Ventura County Superior Court, Calif. the court preliminarily sided with the firm. In May, it ordered Lindsey to return all records taken from the firm pertaining to client information, at which point Lindsey claimed he had none to return. The court also barred Lindsey from using any contact information he gained while with Edward Jones to solicit clients for a year after he left the firm.

Lindsey's lawyer, Shirley Hayton of Gartenberg Gelfand Hayton & Selden, called the legal battle a case of "sour grapes," claiming that the firm didn't have solid evidence of his misconduct, but instead punished Lindsey for leaving. The panel’s decision represents the “end of the road” in this case, she added, although Edward Jones could appeal the ruling to the district court. Hayton also expects the firm’s parallel case in Ventura county superior court to be dismissed in the coming weeks.

Securities America also sees the decision as the end, with Janine Wertheim, senior vice president and chief marketing officer, saying Wednesday that the firm was extremely happy for Lindsey and glad he is able to move forward and focus solely on his clients.

Updated Aug. 14, 2013: The article was updated to reflect a statement provided by Edward Jones, as well as additional case information supplied by the firm.