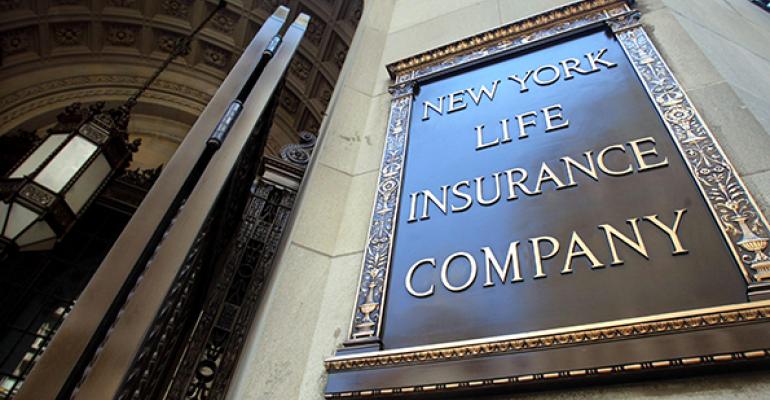 <p>Allegations of excessive index fund fees in retirement plans are at the heart of a new proposed class action lawsuit brought by New York Life Insurance Co. employees against the company.</p>
News

Investors Are Getting Ripped Off on Index Fund Fees, Lawsuits Say

(Bloomberg) -- Index funds often benefit from a low-cost halo. They don't all deserve to bask in that glow.

Allegations of excessive index fund fees in retirement plans are at the heart of a new proposed class action lawsuit brought by New York Life Insurance Co. employees against the company. The case, filed in U.S. District Court for the Southern District of New York, alleges breach of fiduciary duty under the Employee Retirement Income Security Act.

The lawsuit is part of a new wave of 401(k) suits against smaller plans. One of the New York Life plans has $600 million in assets, while the other has $2.5 billion. Earlier this month, Minneapolis-based law firm Nichols Kaster filed suits against American Century's $600 million plan and the $1.3 billion plan at Fujitsu Technology and Business of America, Inc.A lot of mutual fund pruning and rejiggering has gone on in the 401(k) world in the wake of high-profile lawsuits, which often involved allegations of excessive fees and resulted in multi-million-dollar settlements. A U.S. Supreme Court ruling last year also reminded plan fiduciaries about the need to continuously monitor plan investments and fees.

In recent years, money has flooded into low-cost index funds and out of more expensive actively managed funds, thanks in part to a greater focus on the large bite fees take out of already lackluster retirement balances over the long term. In the New York Life lawsuit, an index fund used in the two 401(k) plans was more profitable for the company than for plan participants, according to the complaint. The MainStay S&P 500 index fund charged 35 basis points when similar funds from Vanguard Group could be had for 2 basis points and from State Street Global Advisors for 4 basis points, the complaint says. The MainStay brand is owned by New York Life and its subsidiaries. "We have a robust process, including the use of an independent consultant, for selecting investment options to include on the platform and we are in full compliance with the duties we owe to our retirement plan participants," New York Life said in an emailed statement about the lawsuit.This isn't the first 401(k) lawsuit that has raised the issue of overpriced index funds. But it's the first time the whole case is about an index fund, Carl Engstrom, a lawyer at Nichols Kaster, said in an email. Nichols Kaster filed the proposed class action suit on behalf of two New York Life employees. It has filed five lawsuits alleging various breaches of fiduciary in 401(k) plans duty this year.

Index funds are one of a number of issues in a 401(k) lawsuit against Anthem, Inc. brought by the St. Louis law firm of Schlichter, Bogard & Denton, the big kahuna in the world of 401(k) plan litigation, this January. The health insurer used some Vanguard index funds in its plan, and the suit alleges the plan didn't use its size to negotiate for the cheapest versions of those funds . In the New York Life suit, the cost to participants of the higher fees isn't huge in the grand scheme of things, but it's still $3 million paid out over five years that could have plumped up retirement funds, the lawsuit estimated.