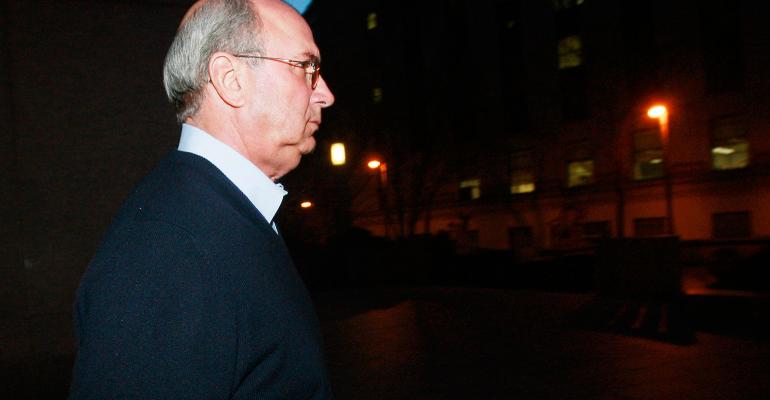 <p>Former New York Islanders owner Stephen Walsh was sentenced in 2014 to 20 years in jail for swindling investors out of $554 million over 13 years.</p>
News

Walsh’s attorney, Michael Tremonte, had sought a prison term of no more than two years for his client, saying at a 2014 sentencing hearing that a “draconian” term of two decades would doom his now 71-year-old client to dying behind bars. He also blamed his client’s behavior on life-long alcoholism that caused him to black out several times each month.

In his bid for a shorter term, Tremonte argued in 2014 court filings that "99.9%" of all the lost principal would be returned to Walsh’s former clients, and that most of the stolen money had came from large institutional investors rather than individuals. The attorney also argued on appeal that the lower court failed to sentence Walsh in open court, a claim that was shot down by the three-judge federal appeals panel in Manhattan.

A transcript from the sentencing hearing “establishes beyond any doubt that Walsh was, in fact, sentenced in open court,” the appeals court said. A written sentence dated the following month was identical, the court said.

Walsh, of Sands Point, New York, is imprisoned at the Federal Correctional Institution in Danbury, Connecticut.

Walsh was first charged in 2009 with Paul Greenwood, WG’s former general partner. The two men, former minority owners of the New York Islanders hockey team, used their commodities-trading and investment-advisory firm to steal from institutional investors, including university foundations and charities, to buy horse farms, cars and a collection of stuffed animals.

U.S. District Judge Miriam Goldman Cedarbaum said at the 2014 sentencing hearing that the requested term of no more than two years doesn’t take into account that Walsh stole from clients to spend on “frivolous things.”

Walsh ultimately decided after the sentencing not to withdraw his guilty plea after the government said it wouldn’t offer him a more favorable agreement.

"Mr. Walsh has accepted responsibility for his crimes and does not want a trial," Tremonte said in a letter to the judge after sentencing.

Greenwood pleaded guilty in 2010 and agreed to testify against Walsh. Mark Bloom, a fund manager who stole more than $20 million from clients and then sought leniency by helping prosecutors build fraud cases against his ex-colleagues, was sentenced to three years in prison.