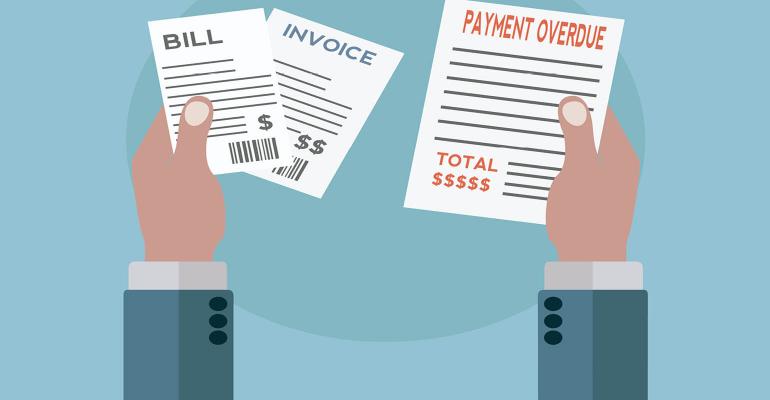 Past Due: Tenants, Landlords Begin to Negotiate Rent Relief

Some tenants are seeking a deferral of the full rent amount, while others are negotiating for partial rent deferral.

April 1st has come and gone. Exact numbers are spotty, but commercial owners are reporting that some tenants have not yet paid rent for the month—including as many as 50 percent of small businesses. That’s pushing tenants and landlords to the bargaining table to negotiate rent relief terms.

It has been about a month since the first governors in the country issued stay-at-home orders that effectively closed thousands of non-essential businesses, although many states have only adopted those measures more recently. Businesses are moving quickly to work out deals with landlords to defer rent and reduce overhead as they battle to survive the economic fallout from COVID-19. Many are attempting to tap into the Payment Protection Program that was part of the $2 trillion relief bill passed by Congress, but the rollout of the program has been marred by confusion.

Retail, restaurant and service businesses ranging from department stores and gyms to nail salons and dental offices have been significantly impacted by crashing revenues and customer traffic. They have been among the first movers seeking rent relief.

Rent solutions vary across the board depending on the financial situation of both the tenant and landlord. The Cheesecake Factory was one of the first national chains to announce that it wouldn’t be paying rent in April. On the landlord side, The Irvine Company has said it will give its retail merchants the option to defer three months of rent until January 2021—penalty and interest free—and give them 12 months to catch up on back rent. The company owns major retail properties in California that include Fashion Island and The Spectrum.

Each case is different, but in general tenants and landlords are focusing on getting through the next 60 to 90 days, notes Terrison Quinn, managing principal with SRS Real Estate Partners. Tenants are typically seeking short-term deferral of rent with a willingness to pay that rent at some later date. Some common options involve an interest-free grace period that allows tenants to repay the deferred rent over the next 12 months; amortizing deferred rent over the term of the remaining lease; or tacking on extra months at the end of the existing lease to cover the rent-free period. Some tenants are seeking a deferral of the full rent amount, while others are negotiating for partial rent deferral. There also are some discussions about offering rent discounts in exchange for early lease renewals.

“The general tone out there is one of cooperation between landlords and tenants. However, the level of cooperation is fluid and changes with time and events,” adds Quinn. For example, the CARES Act includes attractive terms and a loan forgiveness provision for SBA financing that is starting to change the conversation, says Quinn. For qualifying small businesses, certain costs related to utilities, rent, payroll and interest on loans will be forgiven if they are made during the covered period. So, rather than just acquiescing to rent abatement or deferral requests, some landlords are requesting that eligible tenants seek help from the government and continue to pay rent if they are able.

Tenants are also poring over lease documents to better understand their rights and obligations. In particular, tenants have zeroed in on applicable lease terms such as “force majeure,” “quiet enjoyment” and “impossibility of performance.”

For example, force majeure clauses buried deep within leases have popped to the forefront in recent weeks. French for “superior force,” force majeure is a standard component in all types of legal contracts that usually refers to the emergence of uncontrollable forces. Parties can lean on it for a defense of a breach of contract claim when something unforeseeable happens that makes performance impossible.

However, tenants or landlords hoping to either seek or enforce rent payment may have a tough time calling on force majeure for a couple of reasons. What used to be simply called an “act of God” now has evolved to include more detailed definitions, but leases that specifically reference a pandemic or disease outbreak are rare.

“There is no uniform definition of force majeure. It is negotiated on a case-by-case basis and everyone has their own thoughts on what constitutes a force majeure,” says Michael J. Ostermeyer, a real estate partner in the Phoenix office of Ballard Spahr. In addition, it is important to note that force majeure generally excludes financial compensation, which would include the obligation to pay rent, as well as a property owner’s debt service payments to lenders.

“We’re at the front end of this. So, you’re going to see a lot of issues looked at even beyond force majeure when it comes to evaluating contracts and the rights and obligations under the contracts,” says John Thomas, a partner and head of the global Real Estate Practice at Square Patton Boggs in Washington, D.C. “You’re going to see landlords and tenants looking at issues like impossibility of performance and changed circumstances, which are contract law principles that most of us studied in law school and haven’t given a lot of thought to since,” he says.

Some arguments may lean on a covenant for “quiet enjoyment” in the lease, which is a general provision that says that the landlord will not interfere with a tenant’s ability to operate a business. If a landlord closes access to the property, that could be one argument for tenants. Another argument that tenants are likely to make is that the purpose of the lease has been frustrated. The rise of certain situations, whether that is blamed on the disease or government orders, has changed the basic premise of the lease agreement or made it impossible to achieve. Due to those circumstances, the argument is that the contract should be modified or even terminated, adds Ostermeyer.

Due to the scope of the COVID-19 impact on business operations at physical locations, it is likely that most landlords and tenants are going to engage more in business discussions rather than legal discussions. “We’re in unchartered territory. Regardless of what your lease says, what it really comes down to is being a little bit more sensitive to the nature of business and how we’re all going to emerge from this,” says Cameron Baird, a senior vice president and retail lead at Avison Young in the San Francisco Bay Area.

Landlords are going to be motivated to work with tenants to help get them through what most are hoping will be a relatively short-term pain point. The FDIC also has told lenders to be more flexible in working with borrowers. Lease terms are not as applicable right now, at least not yet, because retail landlords and tenants don’t have the time to interpret legalese as help is needed now, says Quinn.

People are not scrambling for their lawyers, but rather they are sitting down to find solutions that work the best for all parties, adds Baird. “Everybody that has a decent head on their shoulders understands that just jumping into lease language to try to enforce the terms of a lease is not the greatest solution,” says Baird. “For everyone to exit this the most unscathed, an era of collaboration is the way to go and not be combative through these negotiations.”