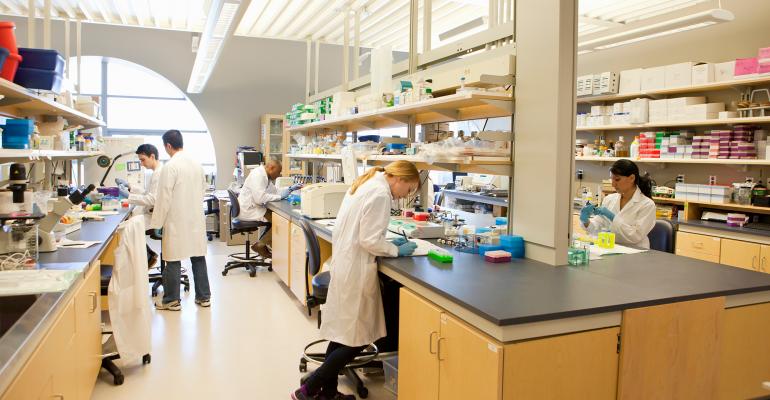 Where Are the New Opportunities for Investment in Biolab Assets?

There are areas of the country that are seeing the emergence of new hubs for biolab facilities.

Life sciences real estate continues to get a boost from the COVID-19 pandemic, as record funding and expedited FDA vaccine approvals accelerate research activity. This, in turn, has created record demand for lab space from both end-users and global investors, according to Philadelphia-based Ian Anderson, senior director Americas head of Americas office research with real estate services firm CBRE.

During the first two quarters since the onset of the pandemic, Anderson notes the sector experienced a slight downturn in demand, but it bounced back by the end of summer. “The dynamic here is there is so much discovery happening, and no end to it in sight.”

Meanwhile, other major life science markets known for a large suburban pharmaceutical presence, now have growing clusters in their urban cores, including San Diego, Philadelphia and Chicago. For example, Philadelphia has a life science cluster focused on gene and cell therapies going up around the University of Pennsylvania’s academic medical center, according to Anderson. Chicago’s urban cluster, positioned around Northwestern University’s medical center campus, is also growing, but at a slower pace than in Philadelphia.

Funding for biolabs follows talent and infrastructure. Historically, about half of all NIH funding, 47.0 percent, has gone to life sciences markets in the Northeast Corridor, including Boston-Cambridge, Washington, D.C. and Baltimore—and California, according to CBRE. But researchers in emerging life science markets may garner a greater share of this funding going forward.

Symes notes, for example, that the University of Pittsburgh Medical Center (UPMC) has been among the top five institutional NIH funding recipients twice in the past five years, which is attracting new funding that can support additional life sciences leasing activity.

The suburban Maryland submarket adjacent to Washington, D.C. is seeing an increase in demand for lab-office space as well, due to federally funded COVID-19-related research, notes Anderson.  He cites Gaithersburg, Md.-based biotech company Novavax as an example. Novavax  received a $60 million contract from the U.S. Defense Health Program to manufacture its COVID-19 vaccine candidate, NVX‑CoV2373, according to the Washington Business Journal.

With the pandemic accelerating medical discovery and innovation, a number of new life science markets are emerging. “We’re seeing plans for life science development in markets where it has never occurred before,” says Anderson, citing Houston, Dallas, Pittsburgh and Atlanta.

Houston’s Medical Center, for example, has long been a hotbed for medical research, but not for life science real estate development. Now, a partnership between two Houston-based developers, Hines and 2ML Real Estate Interests, has announced plans to create a 52-acre life science cluster adjacent to the Medical Center, reported REjournals. This mixed-use development, called Levit Green, will include lab and office space, along with retail services and other amenities expected in modern research clusters.

Being near these clusters is important to life science researchers, according to Symes, because collaboration and sharing of information by scientists, who may be working for different organizations, often leads to new ideas and medical breakthroughs. Additionally, talent moves around within these clusters, which also include support services, such as patent attorneys and consultants.

Anderson also notes that one life science incubator has settled in Dallas. Demand for incubator space is the result of an increase in life science start-ups, he notes. These facilities are also used as investment opportunities, with investors/operators establishing them to observe the progress of promising early-stage companies and gain an advantage if they are successful. “It’s a kind of interview process, and only the ‘best of the best’ are accepted,” Anderson adds.

Phoenix is another emerging life science market. Over the last 24 months, $3 billion has been invested in developing 4.5 million sq. ft. of life science and health services real estate projects there, according to Symes. For example, Caris Life Sciences' Molecular Intelligence Folfox, which uses AI in oncology treatments, received breakthrough therapy designation from the FDA and has two buildings underway in the Phoenix market.

The life science sector is likely to continue to attract investment dollars going forward, because unlike traditional office work, medical/biomedical research requires workers to be on-site.  Anderson notes that while technology is advancing computer-generated research studies, often referred to as dry bench, scientists still have to work together in person to observe results of wet-bench projects.