/sites/all/themes/penton_subtheme_wealthmanagement/images/logos/footer.png
Recent
Recent
How an Online Marketplace Tackles the Problem of Illiquidity in Private Real Estate Investments
Aug 19, 2022
11 Must Reads for the CRE Industry Today (Aug. 19, 2022)
Aug 18, 2022
Retailers Suffer from Inventory Bloat as US Consumers End Two-Year Spree
Aug 18, 2022
Reverence Takes Stake in Hybrid SEIA, As Firm Leaps Into M&A
Aug 17, 2022
Featured
The 10 Best and 10 Worst States in Which to Retire in 2021
Jul 15, 2021
Poll: 15 Classic Books on Investing and the Markets
Apr 03, 2020
Fifteen Must-Listen Business Podcasts for Advisors
Aug 14, 2020
Celebrity Estates: Jay Leno and Planning for Classic Car Collections
Feb 22, 2022
Informa Intelligence
brought to you by 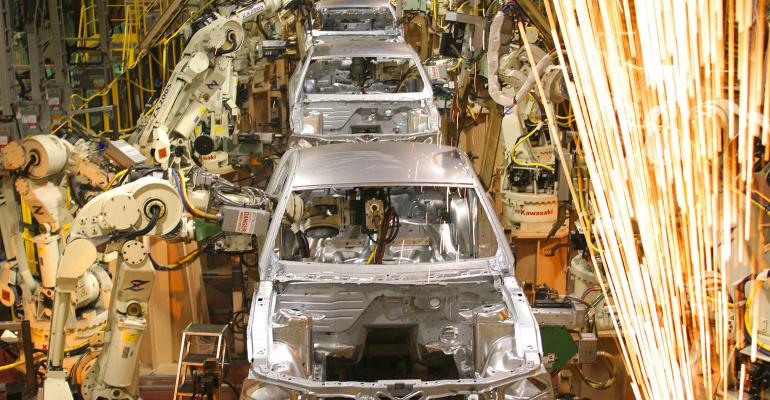 Is productivity low because of a slow economy, or the other way around?

The New York Times recently ran an article whose headline caught my attention: “Maybe We've Been Thinking About the Productivity Slump All Wrong." I had hoped that it would tell me that productivity has actually been strong and that conventional measurements were the things that were wrong. Alas, the article suggested anything but that. The upshot is that slow productivity gains in this recovery have been the cause of soft GDP and wage gains—or, as the article phrases it, “At least, that is the standard way of thinking about productivity and its relationship to the economy."

The article raises the chicken-and-egg question of whether slow productivity growth is a function of the slow economy, versus the other way around. The problem, according to the report, which cites a study by The Roosevelt Institute on the subject, is not a lack of innovation, but a lack of demand and slack labor that have depressed wages. Effectively, this implies a belief that if the jobs market were tighter and wage gains higher, that would incentivize companies to invest even more in labor-saving innovation.

Evidence of this conundrum can readily be seen in weak investment, an issue raised by more conservative think tanks like the Hoover Institute and American Enterprise Institute, and, while we're at it, me in recent articles. Here are a couple of charts that drive the point home.

The first chart looks at GDP, productivity and labor-force growth on a five-year time frame. The idea is that you need productivity and a rising population for GDP gains. This data rather broadly underscores the historic relationship among these factors and offers a potential explanation for the slow GDP gains in the latest recovery. The final chart looks at the divergence between the S&P 500 and slow business investment (in this case, in equipment and software from the GDP report). Make note of the lack of such investment, and thus innovation in the current cycle.