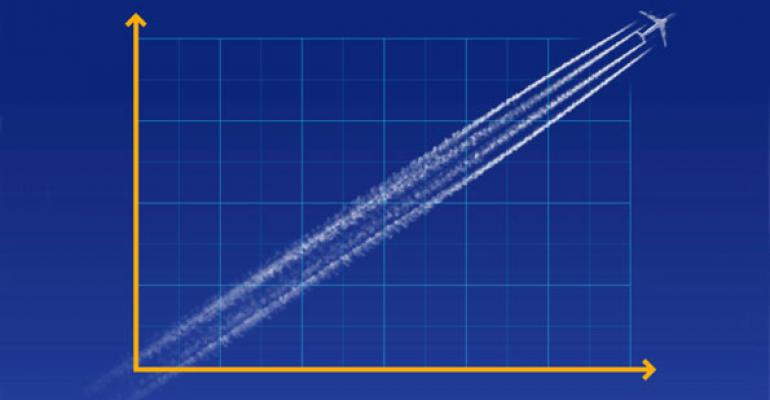 Not many mutual funds are lining up to buy airline stocks. In recent decades the companies have lost billions of dollars, and investors don’t expect the industry to soar any time soon. But the negative sentiment could be creating bargains, says Craig Hodges, portfolio manager of Hodges Small Cap (Ticker: HDPSX). He has been buying airline stocks, betting that earnings will improve as oil prices fall. “Everybody hates airlines,” Hodges said in an interview with WealthManagement.com at the Morningstar Investment Conference in Chicago. “That’s one reason why we like them.”

Airlines and other contrarian bets have been boosting the Hodges fund. According to Morningstar, during the past three years the fund returned 26.1 percent annually and outdid 99 percent of small blend competitors. Hodges looks for unloved companies that seem poised to surprise investors with earnings gains. He favors companies with secure market niches that can benefit from long-term economic trends. Lately he has been buying companies that stand to gain from the recent decline in oil costs. The price of a barrel has dropped from more than $100 to less than $80.

Airlines should receive a particularly big boost from the price cuts, Hodges says. “The airlines can be profitable with crude prices at $100,” he says. “Airline margins have been increasing since oil prices have come down.”

The competitive picture for airlines has improved in recent years, he claims. Many companies have merged or disappeared and survivors have cut costs and grounded extra capacity. “There are only a handful of major airlines left,” Hodges says.

Hodges owns US Airways Group (Ticker: LCC). He says the company should earn $4 a share this year, but the stock only trades for around $13.

Other industries that will gain from lower oil prices include restaurants and retailers. As consumers spend less on gas, they will have more disposable income, Hodges says. Restaurants suffered in recent years as the weak economy and expensive gas eroded sales. That has left the stocks selling at cheap prices, Hodges says. He holds Cracker Barrel Old Country Store (Ticker: CBRL), a chain with prime locations near interstate highways.  “The chain should do well because a lot more people will be traveling as oil prices come down,” he says.

Hodges prefers retailers that focus on the U.S. market. Domestic chains may not be hurt by problems in Europe. A favorite holding is Chico’s (Ticker: CHS), a clothing chain that caters to middle-aged women. Since the financial crisis, several competitors have scaled back or dropped out of the market, leaving Chico’s with a dominant position.

Hodges like companies that can increase prices because of their strong market shares. He sells stocks when competitors begin to gain the upper hand. A longtime holding was Tempur-Pedic (Ticker: TPX). Sales had boomed because of the company’s innovative foam mattresses. But when competitors introduced copycat models, Tempur-Pedic was forced to cut prices. At that point, Hodges dumped the stock.

Hodges is bullish on the outlook for stocks. He claims that many companies are reporting strong earnings, but investors have soured on stocks. Hodges blames part of the negative sentiment on news headlines. “You turn on the news, and you hear nothing but negative reports,” he says. “That is the best time to buy stocks.”