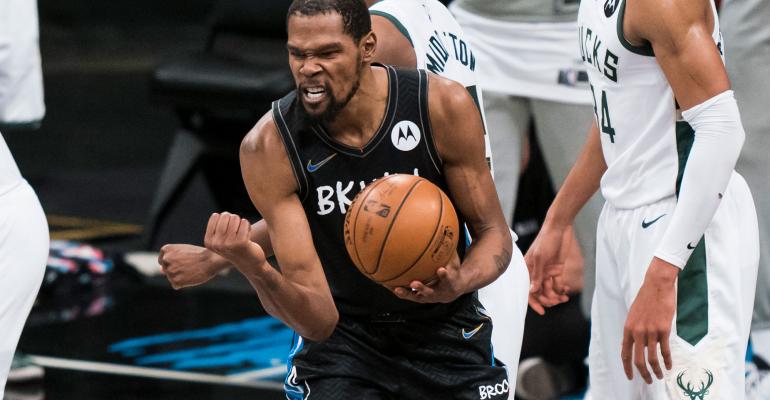 Durant joins sports stars such as Shaquille O’Neal and Alex Rodriguez in venturing into SPACs.

Kevin Durant, a basketball star for the Brooklyn Nets, has joined the blank-check hall of fame.

Infinite Acquisition Corp., a special purpose acquisition company, counts Durant and Rich Kleiman as co-chief executive officers, according to a filing with the U.S. Securities and Exchange Commission on Wednesday. The vehicle will seek $200 million and pursue targets that operate technology-enabled platforms.

Durant joins fellow sports stars such as Shaquille O’Neal and Alex Rodriguez in venturing into SPACs, which became darlings of retail investors last year. These deals have seen better days. The IPOX SPAC Index is down 6.4% this year, after gaining 49% in 2020.

To calm retail investors’ enthusiasm, U.S. regulators have cautioned that they should not make investment decisions based on celebrities’ involvement in SPACs.

“We will seek visionary founders leading technology-enabled platforms disrupting the traditional worlds of sports, health, wellness, food, commerce, and culture through their unique relationship with the consumer,” Infinite Acquisition said in the filing.

Credit Suisse Group AG is the sole advisor to Infinite Acquisition, which plans to list on the New York Stock Exchange under the symbol NFNT.