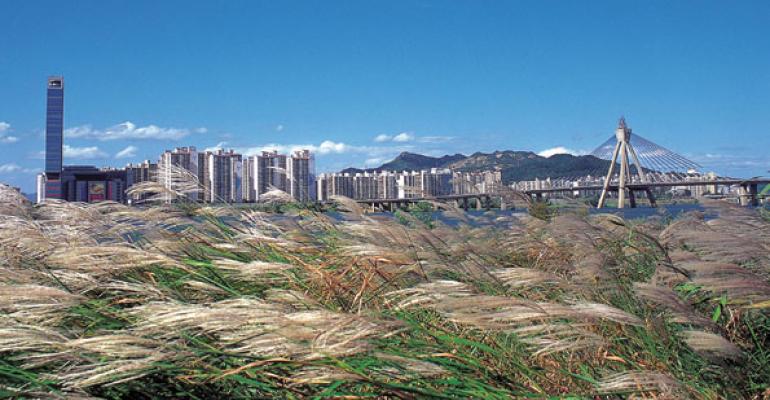 To Index Emerging Markets or Not to Index?

Index funds may not be the right choice for many investors who seek exposure to growing economies.

To participate in the rapid growth of Asia and Latin America, plenty of investors have flocked to ETFs that track the MSCI emerging markets benchmark. Popular choices include iShares MSCI Emerging Markets Index (EEM), which has $34 billion in assets, and Vanguard MSCI Emerging Markets (VWO), with $47 billion.

But the index funds may not be the right choice for many investors who seek exposure to growing economies. For starters, the MSCI benchmark doesn’t invest exclusively in the emerging markets. About 26 percent of the assets are in Korea and Taiwan. According to Morningstar, those Asian Tigers rank as developed countries. They have broad middle classes that are likely to grow at a slow pace. That is very different from true emerging countries, which are growing rapidly as impoverished villagers leave their homes to join the urban middle class.

In addition, the benchmark is dominated by multinationals that rely on exports to the developed world. Big holdings include Vale, a Brazilian mining giant, and Gazprom, the Russian gas producer. Because they depend on sales to the developed world, these companies could face sluggish growth. In contrast, the fastest earnings gains are likely to come from businesses that will profit from consumers in the emerging markets. While many of the growth stars are small stocks, the MSCI benchmark cannot benefit because it only owns large and midcap companies.

To bet on emerging markets, consider a top-performing actively managed fund. Because they are not tied strictly to the benchmark, the active managers are free to buy stocks of all sizes and to overweight some sectors. Many of the best funds focus on high-quality companies. Those have proved less volatile in downturns and helped the funds outdo the benchmark.

A strong choice is Virtus Emerging Markets Opportunities (HEMZX). The fund has 48 percent of assets in consumer stocks, compared to 17 percent for the benchmark. Portfolio manager Peter Newell says he has little interest in steel and oil companies because they require big capital expenditures and are at the mercy of global markets. Instead, he looks for domestic businesses with dominant market shares that deliver high returns on equity year after year. Favorite holdings include companies that are in beverage distribution and cosmetics.  “You don’t have to go on a rollercoaster ride in the emerging markets,” he says. “You can buy companies with sustainable earnings.”

Consumer stocks in the portfolio include Souza Cruz, a Brazilian tobacco company, and Wal-Mart de Mexico. The emphasis on consumer goods has helped the fund to excel in downturns.  When emerging markets collapsed in 2008, Virtus outdid competitors by a wide margin. During the past five years, the fund has returned 4.2 percent annually, outdoing 99 percent of peers.

Another top performer is Oppenheimer Developing Markets (ODMAX), which has 36 percent of assets in consumer stocks. During the past ten years, the fund returned 16.5 percent annually and outdid 99 percent of peers. Oppenheimer focuses on high-quality companies that can thrive in hard times. Holdings include America Movil, a dominant telecommunications company in Latin America, and Baidu, a Chinese search giant.

Oppenheimer tends to avoid commodity and cyclical companies that can sink in downturns. “We look for companies that will grow for a long time on the back of the changing landscape,” says client portfolio manager Alice Fricke.

Causeway Emerging Markets (CEMVX) aims to build a portfolio that is cheaper than the market.  The fund has a price-earnings multiple of 8.4, compared to a multiple of 11.4 for the average peer. But to avoid troubled businesses, the portfolio managers look for improving companies that are being upgraded by Wall Street analysts. “Instead of trying to pick up cheap stocks at the bottom, we wait until the shares have started to rally,” says portfolio manager Arjun Jayaraman.

The fund has big stakes in companies that stand to benefit from the growth of consumption in Asia. Holdings include China Construction Bank and Advanced Info Service, Thailand’s dominant mobile phone company with 33 million subscribers. Jayaraman says that he is wary of companies in Russia and Eastern Europe because they are exposed to the problems of the Eurozone.

Wells Fargo Advantage Emerging Markets (EMGAX) buys companies that can generate high returns on equity over long periods. The aim is to grab the shares when they sell for discounts to their intrinsic value. The strategy avoids high-flying stocks that could sink in downturns. As a result, Wells Fargo tends to outperform in downturns. During the past ten years, the fund returned 14 percent annually, outdoing 87 percent of peers.

Portfolio manager Derrick Irwin likes Tiger Brands, a packaged food company in South Africa. The company can grow steadily as it expands into Nigeria and other African countries.  Another holding is China Mobile, a dominant provider. Lately the company has been struggling with competitors in the fast-growing Chinese data market. That has weakened the share price and created a buying opportunity, says Irwin. “People are misunderstanding the long-term competitive advantages that China Mobile has because of its dominant position,” he says.

Schroder Emerging Market Equity (SEMVX) aims to overweight countries that have the most promising outlooks. The fund currently has 19 percent of assets in China, an overweight position. Holdings include Industrial and Commercial Bank of China and Tencent Holdings, a Chinese Internet company that provides social networks.

Portfolio manager Allan Conway says Chinese shares have suffered because investors worry that the country’s economic growth rate will slip below 7 percent, a big decline from the 10 percent pace in the past. Conway concedes that China’s growth will inevitably slow as the economy expands. However, he says, that growth should remain at 8 percent this year. While many investors worry that China’s real estate markets could crash, Conway argues that they should remain relatively stable. “There has been a bubble in the high-end residential market in some cities, but across the nation as a whole there is no evidence of excessive prices,” he claims.