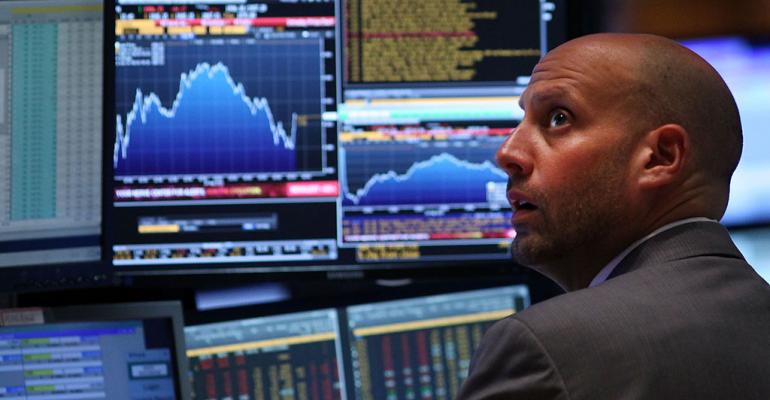 Passive investors don't recognize they are actually making active management decisions without understanding what they own.

Back in December 2013, we put “passive investors” in the Danger Zone for not recognizing that they are actually making active management decisions while skipping out on the due diligence of knowing what they own. We showed how it is practically impossible to make a “passive” choice given the sheer number of index fund options in almost every market segment. Moreover, there are wide holdings differences between funds that, according to their names, appear to be tracking the same thing. Judging by the continued flow of assets into passive index funds and ETFs, investors remain unfazed by these concerns.

During 2016, actively managed funds experienced $285 billion of outflows, while passive funds attracted $429 billion of inflows. 2016 reflected the continuation of a trend that began during the financial crisis and has continued to build momentum. Disillusionment with Wall Street fund manager performance and an increasing focus on low fees remain the ostensible drivers. Since 2000, actively managed mutual funds have seen roughly $1.5 trillion of outflows, with ETFs capturing nearly all of it. The proliferation of ETFs is now approaching 2,000 funds and nearly $3 trillion of AUM.

The ETF and passive-investing proliferation has been widely heralded as a boon for small investors, primarily from a cost savings perspective. We agree in concept and state throughout our fund research (see here, here and here) that the only justification for fees above the ETF benchmark is “active” management that leads to outperformance. We remain cognizant of the potential for too much of a good thing, however, and are on the lookout for the second-derivative effects and unintended consequences of the passive-investing revolution.

There is no shortage of warnings in the marketplace on the dangers of the passive-investing trend. Many such warnings come from those who have the most to lose: active fund managers. In an effort to help investors cut through the noise, we outlined our take on three risks we think bear watching, and one that should garner the immediate attention of investment professionals (i.e. fiduciary duty):

At its most basic level, the stock market is supposed to efficiently allocate capital to the most deserving companies, i.e. ones that generate the most after-tax profit (net operating profit after tax, or NOPAT) per dollar of invested capital, or the highest return on invested capital (ROIC). Passive index investing disrupts this process. When an index fund or ETF receives inflows, the fund essentially has no choice but to invest in stocks based on their index allocation at that moment, without any consideration of fundamentals, valuation or anything else.

Does this relative Attractive vs. Dangerous holding allocation explain the S&P 500’s YTD outperformance (+9%) over the Russell 2000 (+5%)? Does the superior holdings quality of a fund like Royce Small Cap Value (RVFIX) justify its fees relative to the IWN?

We contend that investors are exposing their blind spot on the Fiduciary Duty of Care by not exploring these questions.

Given how well the market has performed, and how nonvolatile it has become, the active-to-passive shift has come under some scrutiny as being a case of the tail wagging the dog. Passive investing substitutes diversification for diligence and can create a "rising tide lifts all boats” effect on the valuation of both high- and low-quality stocks within an index.

With the Case-Schiller CAPE P/E ratio recently crossing 30x for only the third time in history (the other two being in 1929 and 2000), we think it’s prudent to consider whether broad overvaluation is an unintended consequence of large, uninterrupted inflows into ETFs and other passive-index products.

It is clear that the bulk of the gains over the past few years have come from higher valuation multiples. Based on our sector-by-sector analysis of current S&P 500 constituents (see Figure 3), we estimate that of the S&P 500’s ~30% increase in enterprise value since the end of 2013, only 2% was attributable to the change in NOPAT, while 27% was attributable to change in the aggregate EV/NOPAT multiple.

The potential impact on systemic risk is the most difficult aspect of the passive-investing revolution to tackle given its largely theoretical nature to this point. In our view, the sheer size and complexity of the passive-investment pool ($5.3 trillion according to Morningstar) imply the presence of meaningful systemic risk implications. The resulting new market structure, including a troublesome feature known as the ETF/underlying security liquidity mismatch, have yet to be truly tested by a bear market, recession or higher levels of volatility.

Whether it was the original 2010 flash crash, the 2014 bond market flash crash, the flash crash of 2015, the most recent two-day tech wreck or the stark evaporation of volatility, there have been abundant signs that the stock market behaves differently in the age of ETFs and active trading of passive investment. A key question for passive investors is whether the current race to the bottom for management fees eventually runs headlong into the old adage “You get what you pay for.”

There is another investor’s adage that states: “The stock market takes the escalator up and the elevator down.” During the passive-investing shift of the past eight years, the escalator has been working very impressively. As value investors focused on margin of safety, we are forced to consider whether the elevator side of the equation has been tuned up to deliver equally impressive (downside) performance when the time comes.

Only Way Out of the Danger Zone: Diligence

Passive investors are playing a numbers game. By allocating capital as broadly as possible, they attempt to participate in all winners while minimizing exposure to sure-to-happen losers. However, when the investment process makes no effort to differentiate winners from losers, there is no diligence, no intelligent capital allocation, and, eventually, no efficient market.

We continue to maintain that diversification is no substitute for diligence. We advocate for a holdings-based analysis, in addition to the consideration of fees, in the selection of any ETF or mutual fund investment. Our Robo-Analyst technology helps investors navigate the crowded fund space by sifting through all fund holdings. This capability empowers a unique holdings-based ETF and mutual fund rating methodology that gives investors an advantage over those utilizing backward-looking fund research.

The rising popularity of dividend-focused investing in recent years serves as a good example of how truly passive investing is made difficult, if not impossible, by the number of options and the wide variations among them. When we examined 13 popular dividend-focused ETFs, we found (shown in Figure 4) that holdings quality varies widely across similarly labeled funds.

David Trainer is founder and president of New Constructs, a market research firm.