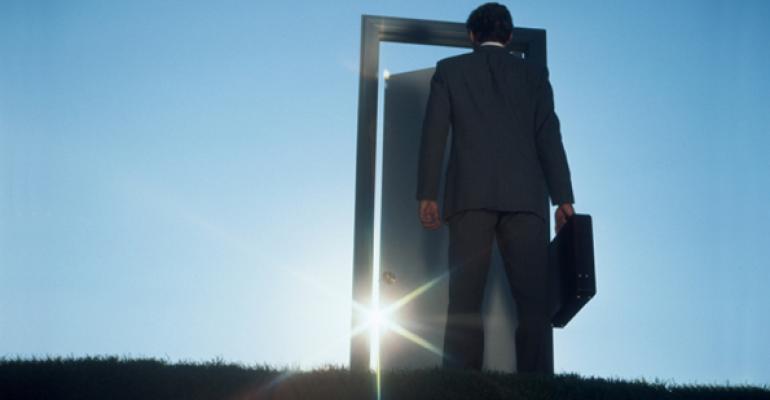 While there are many merits to having partners in the advisory business, for some being a lone practitioner is the only way to go. But it’s crucial to set expectations – and boundries – with clients.

Carl Stuart has run a solo practice for the past 15 years—and wouldn’t want it any other way. His Austin-based Carl Stuart Investment Advisor has a healthy $340 million or so in assets, two long-time administrative assistants—and a streamlined system that at this point runs like a well-oiled machine. For Stuart, despite everything he’s heard about the merits of having a partner and running an ensemble practice, it’s the perfect set-up. “I tell my wife, I don’t play well with others,” he says. “I like to be in my own sandbox.”

It’s hardly a secret that the fastest-growing, biggest practices these days are ensembles with more than one partner, maybe a few specialists and a “team-based” approach. But, as Stuart can tell you, solos aren’t a thing of the past. What’s more, it’s possible to make a very nice living, thank you, by running an enterprise in which you’re the boss and the only producer.

To make it work, you need a foolproof system. That includes everything from hiring smart administrative and operations people to leveraging the best technology and relying on the right CPAs, attorneys and other outside professionals. “For any practice, your support infrastructure is important,” says Philip Palaveev, principal of The Ensemble Practice, a Seattle-based practice management consulting firm. “But for the solo, it’s of vital importance.”

At the same time, you can expect there to be a limit to your growth. It’s the rare solo practitioner who makes the kind of money comrades at non-solo firms do. Income per owner at the top 25% of one-owner “operator” firms was $170,950 in 2010-2011 vs. $392,750 at two-owner “accelerators”, according to FA Insight. The bottom line: Without the firepower of partners or other advisors, most solo practitioners get to a point where they simply can’t handle more business. “Practices often grow very fast in the beginning,” says Palaveev. “But at mature practices, growth slows down. It’s a matter of capacity.”

Why do advisors opt for the solo life? In many cases, like Stuart’s, the answer is simple: It’s the autonomy. They want to run their own show. Take John F. McAvoy, who heads 15-year-old Waterstone Retirement Services, a Canton, Mass., firm with about $100 million in assets. Before starting Waterstone, he was in a practice with a partner, but decided he preferred to go out on his own. “It’s liberating not to have anybody else to report to,” he says.” Some advisors have even looked for partners, but found they couldn’t find someone compatible. Plus, they also don’t particularly relish the idea of bringing in a junior advisor, with the training and time that involves—and the risks it won’t work out. In addition, bigger firms usually have an easier time finding promising novices, according to Palaveev.

That’s not to say staff isn’t important. In fact, your support infrastructure may be the most important element in running a successful sole practice. “Being solo doesn’t necessarily mean being alone,” says Palaveev. “You usually have a team.”  Take Nancy Caton of Caton Financial in San Rafael, Calif.. An independent advisor since 1987, she has three support people, including two clerical assistants, one cfp in charge of client service and a part-time bookkeeper and IT specialist. They allow Caton to focus on bringing in and meeting with clients. “I’m the rainmaker,” she says. “But I’m not on my own. I couldn’t do any of this without them.”

For Caton, the key is divvying up responsibilities strategically. About five years ago, after some unsuccessful attempts to hire a junior advisor, she used a coach to help her figure out how to manage her company more effectively. And she made a decision: She’d give up her search and rearrange her team’s duties. Before that, she’d taken care of some administrative and operational tasks herself—say, helping a client who needed to take money out of an account. She could run the business without another advisor, she realized, but only if she stopped doing anything but working with clients.

To that end, she revamped her duties and those of her staff. For example, instead of scheduling appointments with new clients herself or making sure they brought  the right documents to their meeting, she assigned those tasks to her front-office person. Thanks to such moves, along with a decision to introduce a higher, $1 million minimum, she’s been able to grow assets, which are about $200 million, without increasing the number of clients.

Encouraging staff autonomy also is important. Take Stuart. He makes a point of not getting in his staff’s way. “I don’t like details,” he says. “I usually don’t have a clue what they’re doing.” He expects his staffers to approach him if they have a problem. Otherwise, they’re on their own, even scheduling vacations without filling him in on their plans. In other cases, however, advisors ensure staffers do their jobs without a hitch by producing written manuals laying out procedures. Caton, for one, has an online and print document detailing everything from how to close up the office at night to steps needed to transfer an IRA.

Such an approach has another benefit: creating a sense of ownership among staff. Recently, for example, Stuart’s third assistant moved, leaving him with the challenge of hiring a replacement. Then, his two remaining staffers approached him with the suggestion they divide the duties of their recently-departed colleague among them. “They told me they preferred that I don’t hire anybody else,” he says. Now, one assistant handles billing, compliance and office technology, while the other is responsible for paperwork, handling client checks and other operational tasks. They also cross-train each other, so each can fill in for the other if necessary. So far, the system has worked smoothly, according to Stuart.

You can also get more out of your staff—and probably reduce the need to hire more people—by using the right technology. Case in point is Erika Safran, who runs Safran Wealth Advisor , a three-year-old New York City-based firm with about $40 million in assets. Thanks to such tools as the ability to scan and store documents and send them to her bd with an electronic signature, according to Saffron, she’s been able to operate her firm with just one employee, who helps with financial planning and administrative tasks. “Ten years ago, it would have taken two weeks to process client documents,” she says. “Now it takes two days.” Similarly, McAvoy uses software to produce quarterly updates for 401(k) clients almost instantly, a process that used to involve the better part of a day. And his assistant works about 20 hours a week vs. 30 hours several years ago. Back-office help from your bd also makes a big difference. According to Stuart, his staff frequently relies on technical support from Raymond James Financial Services, with which he is affiliated.

In some cases, advisors are able to operate without any help, at all. Andy Szkaradek, who runs four-year-old Strategic Wealth Solutions in Coral Springs, Fla., and primarily does financial planning, uses a wide array of software services, from CRM software to portfolio management systems,  that allow him to run his firm completely on his own. “I’m all about technology,” he says. He plans to buy another iPad for clients’ use, so they can have their own to look at while going over their plans.

Generally, solos also need a virtual team that includes professionals who aren’t on staff. Quite simply, a practice with a few good administrative and operations people still can’t provide the services affluent clients need and expect. For that reason, it’s particularly important to develop a network of CPAs, attorneys and the like to turn to when necessary.  “You play the role of contractor,” says Dan Inveen, a principal of FA Insight. It’s best to work with perhaps three or so CPAs, each appropriate for different levels of wealth and sophistication. Caton, for example, turns to three firms, one of which is a seven-member practice that works with more complicated portfolios, the others solo proprietors aimed at smaller clients.

To underscore to clients the sense that she has a team of other professionals at the ready, Caton generally hosts meetings at her office. “I like to control it,” she says. “We make it clear we’re at the head of a team.” A client who needs a trust drawn up, for example, will hear a presentation from an attorney at Caton’s office; she’ll sit in on the meeting. After that, there will be a back and forth, during which she may suggest changes to the document. Then, they’ll all meet again chez Caton to finalize the deal.

Fact is, however, no matter how well-formed your virtual team may be, it can’t act as a backup should anything happen to you. That role could fall on the shoulders of a partner or trusted junior advisor—if you had one. For that reason, you need to find someone who can fill in for you, in case of an emergency. In some cases, your bd might be able to help you find another advisor to fill that role. Or, like McAvoy, you might have a colleague you already know who can step in. He has an informal agreement with another advisor who serves a similar clientele that each will help the other out in an emergency.

In addition, there’s the matter of managing client expectations. For any advisor, it’s important to do so, starting with the first meeting. For the solo practitioner with more-limited resources, that’s essential. Stuart, for example, who only does investment management, always explains everything from his approach--discretionary investing—to how swiftly they can expect him to return calls (within 24 hours) to when they’ll receive performance reports.

Setting expectations for what you will and won’t do is particularly important. Ward Mayer, an advisor with Raymond James/Morgan Keegan, who has run a solo practice for 24 years, has one sales assistant in charge of operational issues. The first time clients call because they, say, didn’t receive a check they were expecting, Ward makes a point of explaining that his assistant is the expert on such matters. “She develops a relationship with them over time and they understand when to call her or me,” says Mayer, who has $200 million in assets. He recently answered a call from a client, who immediately asked to be switched to his assistant, because the issue wasn’t something that fell into Mayer’s purview. “He said, I need to talk to her. I don’t need to talk to you,” he says.

For his part, McAvoy, explains to his clients at their first meeting that, among other things, he’s not available on weekends. “If you let people know upfront, they respect that,” he says.

The bottom line: With the right strategy, running a successful solo practice is infinitely doable—as long as you, and your clients, know what to expect.