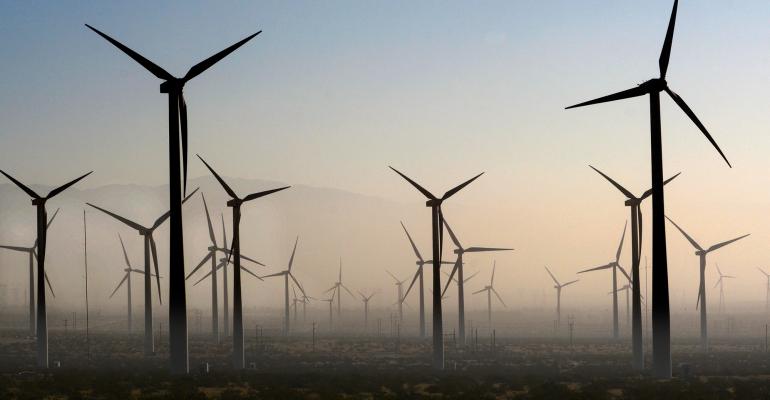 The Canadian pension fund formed a joint venture with Greystar Real Estate Partners for multifamily development in the U.S.

(Bloomberg)—Canada’s largest pension plan is expanding its holdings of hard assets, plowing around $850 million into property, wind farms and logistics facilities to kick off the year.

Canada Pension Plan Investment Board has formed a joint venture with Greystar Real Estate Partners to pursue multifamily real estate development opportunities in target markets in the U.S., it said in a statement Thursday. The pension fund is investing $350 million to the joint venture for a 90% stake, and Greystar is adding $39 million for the remaining 10%. Greystar will manage and operate the portfolio on behalf of the joint venture.

Separately, the pension giant is committing as much as EU245 million ($300 million) to its U.K.-based affiliate, Renewable Power Capital Limited, to support its first investment in a portfolio of three wind farms in Europe.

On Jan. 4, CPPIB said it would set up a new Indonesia venture with LOGOS Property Group to develop logistics facilities in Greater Jakarta. The Canadian fund will invest $200 million into the venture to build facilities for logistics, data-center and industrial tenants.

To Mark Machin, the chief executive officer of the C$457 billion ($359 billion) fund, the exuberance in public markets is a signal to extend his fund’s already-huge bet on private assets, he said in a recent interview.

Machin says he sees a wave of cash chasing infrastructure and hard assets in 2021 and beyond, amid stretched valuations for stocks and bonds. During his tenure, the firm’s “real assets” portfolio, which is mostly private infrastructure and real estate, has grown about 70% to C$98 billion, and it’s expanding in private credit as well.

He has also continued to extend the Canadian fund’s private holdings since becoming its first foreign-born leader in June 2016. Its private equity portfolio has grown more than 75% to C$106 billion; it’s now about one-quarter of assets.