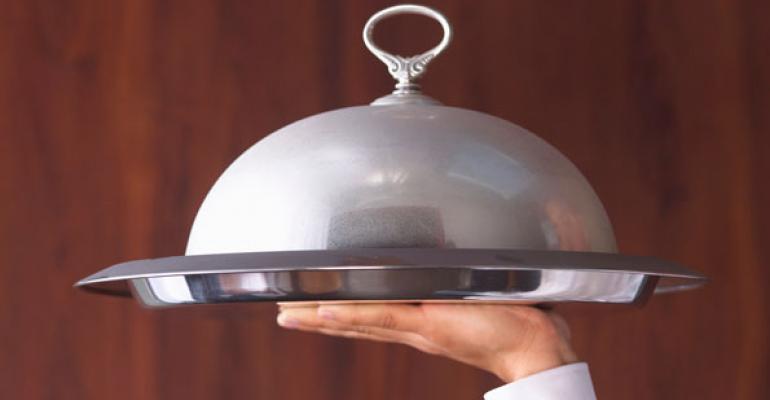 American Funds: ‘You Asked For It’

Claiming they are giving advisors what they asked for, American Funds recently rolled out its new ‘Portfolio Series’ of funds. It remains to be seen if the new products will help staunch the severe outflow of assets at the once dominant fund company.

American Funds, long-considered the darling of the mutual fund world, recently rolled out a series of funds of funds based on three investor objectives—preservation, balance and appreciation—and they want to make sure investors get the word.

The fund company has historically avoided journalists and advertising, but the company is making a big push to get in front of advisors with this most recent launch, which advertises in advisor-facing publications for the first time. The company says the funds were designed to meet frequently heard requests from advisors, but time will tell whether the new offering really will attract advisors back to American Funds and boost their asset flows.

“First and foremost, they have to show that they learned their lessons from 2008, and that’s essentially a performance issue,” said Janet Yang, mutual fund analyst at Morningstar.

American Funds has bled $82.3 billion in assets in the last year. In 2010, the company saw outflows of $49.5 billion, according to Morningstar. In a February 2011 cover story, we questioned whether the outflows were a long-term reversal for the company or whether they signaled a buying opportunity.

Yang believes the company is rolling out the new funds of funds because they’ve been losing so much money and they’re trying to regain the trust of investors and advisors. Investors expected the funds to hold up better than they did in 2008, even with the market meltdown.

You Asked for It

But Denise Cassin, senior vice president and director of the individual investor business for American Fund Distributors, said the funds were launched out of advisor demand. Advisors were asking for help combining and building portfolios of American Funds in a simple way. Despite suggesting different mixes and allocations of its funds to advisors, the firm never put those models into one fund structure, with the exception of their target-date funds.

“A lot of advisors use our funds, but over periods of time they would come to us and say, ‘Can you give us your best thinking on how to put them together, and then make it easy for us to execute on that?’” Cassin said.

Cassin believes these strategies will help investors stay on track, particularly when markets get volatile and difficult. “If the market is volatile, there’s going to be an emotional tendency to panic, and probably do something that’s not good in the long term. But if I’ve separated things by objective, it generally gives me a little more confidence to stay the course.”

But Yang said she was initially surprised with American Funds’ announcement given that their clients are mostly advisors. “We assumed that advisors were putting together these portfolios themselves.”

Harold Nahigian, a regional director with Financial Network, said the new funds are a good move for the company, as they save advisors time having to come up with allocations of American Funds on their own.

This could also help advisors with FINRA’s new suitability requirements, which take effect in July, Nahigian said. He’s had to revise his office’s account form from one page to four pages to include a series of questions about clients’ risk tolerance. Because these new funds are categorized by risk tolerance, they may help advisors meet the suitability requirements by putting clients into one of these funds.

The portfolios are put together by the same team that constructs the target date funds. Those funds use a different asset allocation strategy than the rest of the industry, Yang said. While most fund managers feed their stock and bond expectations into an optimizer, American Funds looks at investor goals and allocates to those buckets. They use their managers’ knowledge of the markets to decide how they classify the funds. In addition, many fund managers will come up with assumptions for how they think the retiree will spend down their savings; American Funds does not use such assumptions, Yang said.

The results have been mixed. In 2009, the firm had to make a big change to its target date portfolios because they miscalculated where the markets were going, Yang added. In particular, their allocation to equities was pretty high for people close to retirement or in retirement, and they brought that allocation down.

One the one hand, “[Their portfolio construction process] is a little bit squishy for us,” Yang said. On the other hand, “Their managers do tend to have a lot of experience and tenure with the firm.”

It’s hard to say whether the move will attract and bring back advisors, but it might help make fund allocation and execution easier for them, Yang said.

The funds will carry the underlying management fees of the funds that make it up, and the firm has chosen to waive an extra 10 basis-point-fee it could’ve put on top of that. In addition, being a fund of funds, there’s only one ticket charge so advisors can execute on a trade and be in multiple funds at once without having to pay extra fees, Cassin said.