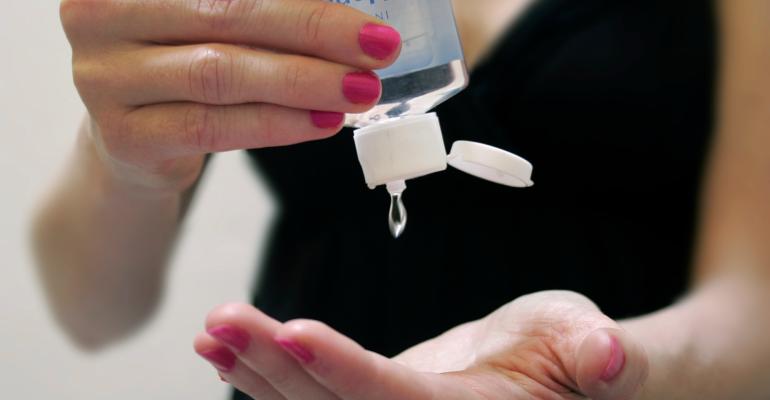 A 2021 lawsuit over allegedly distributing counterfeit gel named two Ghermezian cousins and a family company as defendants, and now three other relatives—including Don Ghermezian, the head of American Dream—are awaiting a judge’s decision on whether they, too, will be included.

(Bloomberg)—The Ghermezian family is best known for owning some of the world’s biggest shopping complexes, including New Jersey’s American Dream and a stake in Minnesota’s Mall of America. But some family members are involved in a legal dispute over a far less glitzy business: hand sanitizer.

A venture started at the outset of the Covid-19 pandemic, when demand for sanitizer was soaring, failed months later. A 2021 lawsuit over allegedly distributing counterfeit gel named two Ghermezian cousins and a family company as defendants, and now three other relatives — including Don Ghermezian, the head of American Dream — are awaiting a judge’s decision on whether they, too, will be included.

The family denies any wrongdoing.

The plaintiffs, Red Rock Sourcing of Nevada and Coronado Distributing of Colorado, seek an estimated $30 millon in damages, plus legal fees. They allege that the defendants produced a knock-off version of their sanitizer brand, Urbane, using a potentially poisonous ingredient.

When some of the Urbane products were flagged by the US Food and Drug Administration, business tanked, said Randy Toltz, an owner of both Red Rock and Coronado.

“We sold $2.6 million in the first weeks,” Toltz said in an interview. “Someone else selling sanitizer for quick money pulled the plug overnight.”

The defendants include cousins David M. Ghermezian and Yonah Ghermezian, and shell company Triple Five Worldwide LLC. The Triple Five brand name is used across many of the family's business lines, including the malls. In addition to retail, the Ghermezians’ private companies have interests in entertainment, real estate, oil and gas.

Martin Stein, the lawyer for the defendants, said the lawsuit’s allegations are “frivolous and completely without merit.” He said no evidence exists linking his clients to a dangerous product.

On Nov. 29, US District Judge John Cronan of the Southern District of New York ordered the named defendants to search for requested documents, writing that “the court is troubled” that some material relevant to the case was allegedly withheld.

In an amended complaint that is awaiting a ruling, the plaintiffs are seeking to add three more Ghermezians: Nader, whose father built the family fortune on a rug-importing business, and two nephews, Don and Syd.

The attorneys for Don, Syd and Nader Ghermezian declined to comment, noting that a judge hasn’t decided whether to include them as defendants. In court documents, Stein has argued for the dismissal of all allegations involving the existing Ghermezian defendants.

The family’s mall empire, like most retail businesses, took a hit as Covid-19 kept crowds from its shopping-and-entertainment venues. Its flagship New Jersey mall — featuring an amusement park, ice skating rink and indoor ski slope — has struggled with debt issues amid years of construction delays and the pandemic shutdowns, and ended 2021 with a $60 million loss. In November, lenders led by JPMorgan Chase & Co. gave American Dream a four-year extension on repaying $1.7 billion in construction borrowing.

Last week, American Dream drew on reserves to make a municipal-bond interest payment that was due, according to securities filings. Municipal bond investors, meanwhile, are opposing the company’s appeal of four years of local property-tax assessments, for fear that it could jeopardize their payments. New Jersey has promised as much as $390 million in tax breaks for American Dream over a 20-year period, though Governor Phil Murphy’s administration is still reviewing project certifications that are necessary to trigger them.

Triple Five Worldwide LLC, the company named as a defendant in the hand-sanitizer lawsuit, is a Nevada-based corporation that’s a separate entity from the mall owner. One of the main issues in the litigation is the identity of who controls the LLC.

The plaintiffs’ attorney, Daniel Schnapp, alleges that the sanitizer operation had “links to the broader network of Triple Five companies under the control of the Ghermezian family.” The shell corporation “ceded much of its legal, financial, accounting and other affairs to employees and officers” of American Dream and other mall properties, Schnapp says in a court filing.

It was at the New York home of Don Ghermezian where business associates and relatives in May 2020 discussed getting into the sanitizer business, according to the lawsuit. Ultimately, the pending amended complaint says, the defendants acted at Don Ghermezian’s “behest, guidance, and/or direction.”

The family “believed that significant amounts of money could be made” via a pop-up sanitizer business in early 2020, while they “faced acute financial pressures” as a result of widespread retail lockdowns, according to that filing.

Stein, the defendants’ attorney, said those allegations are untrue. The shell corporation, he said, lacks assets and was pressed into use solely for the hand-gel venture, with no relation to other family businesses. It lost what he called a “nominal” amount of money.

“There is nothing in this lawsuit that will have an effect on any other business, including American Dream,” Stein said in an email. He declined to make his clients available for interviews, citing the ongoing litigation.

In an interview, Toltz described his two companies as importers of “quick-turn, hot-item” retail fads and weather-emergency supplies. As the early part of the pandemic brought frenzied demand for sanitizer, the partners swiftly formulated a US-made, ethyl alcohol-based hand gel and trademarked the Urbane brand name. The first orders were from highway rest stop chains with more than 1,200 stores combined, according to the lawsuit.

“Truck drivers would go, ‘This is the best stuff I ever used,’” Toltz said. “Truck drivers! I mean, who ever cared about hand sanitizer before?”

But brisk early sales came to a halt in July 2020, when the FDA included Urbane on a list of 350-plus hand gels that potentially contained dangerous methanol. Major online and brick-and-mortar retailers canceled their orders, according to the lawsuit.

“We contacted all our contacts and said, ‘This is not us — this is counterfeit,”’ Toltz said.

According to the lawsuit, a Las Vegas distributor used by Toltz’s businesses had access to the Urbane brand artwork and other proprietary information, and offered it, without permission, to a third party. That individual set up a deal with the Ghermezians, with purchase orders for gel made in Mexico, according to the legal filings.

“My clients certainly did not know or suspect that the name Urbane might be owned by another party or that the labels might be counterfeit,” Stein said. Triple Five Worldwide sold “a modest amount” of Mexican-made gel in the US, he said, and none of the sanitizer sold has been found to contain methanol. None of Stein’s clients received any payments, salary or compensation, he said.

Now, Toltz said his companies are paying $10,000 a month to store 3 million bottles, about two-thirds of them empty, while the lawsuit plays out. The rest are full of Urbane-branded citrus-scented gel without the dangerous methanol. But no distributor will touch it, he said, because of the FDA bulletin linking Urbane to a hazardous ingredient.

And there’s another problem, he said: Every filled bottle is past or approaching its stamped expiration date.

--With assistance from Martin Z Braun.

To contact the author of this story: Elise Young in Skillman at [email protected]