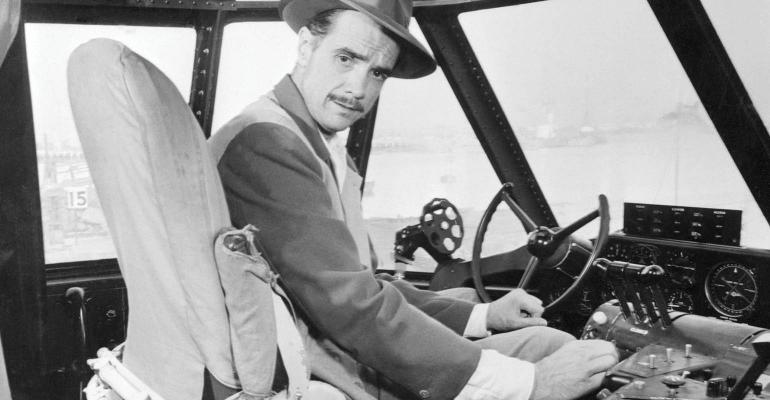 “Patient long-term money” would be the most likely buyer for the company, analysts say.

Now, the Dallas-based real estate development company that bears the late billionaire’s name is taking a risk of its own—a risk that could result in new ownership.

On June 27, publicly-traded Howard Hughes Corp., co-founded in 1913 by Hughes’ father as an oil-drilling tool business, announced it was exploring strategic alternatives in an effort to narrow its nagging NAV gap. New York City-based investment bank Centerview Partners LLC is leading the strategic review. Options on the table include a sale, joint venture or spinoff of certain assets; recapitalization of the company; reconfiguration of the corporate structure (as a REIT, perhaps); or an outright sale of the company.

The likely outcome of the review, according to Hamed Khorsand, principal and research analyst at Woodland Hills, Calif.-based stock research firm BWS Financial Inc., would be a go-private deal through a management-led buyout in partnership with an investment fund.

In the eyes of some analysts, while the other assets hold great promise, the New York City development is a drag on the company. Howard Hughes’ Seaport District, a retail, restaurant and entertainment hub in Lower Manhattan, continues to be a work in progress.

In the first quarter of this year, the district posted a net operating loss of $4.2 million. Until Seaport is finished, Howard Hughes expects to keep racking up operating losses there.

In his research note, Goldfarb wrote that Seaport would be better off in the hands of a private owner rather than a public company. Even if Seaport remains in the Howard Hughes portfolio, the company should tap a joint venture partner for the project, he notes.

Khorsand cites Seaport as Howard Hughes’ biggest weakness, since the $751 million project faces competition from other mixed-use developments in New York. Among those competitors is Hudson Yards, a $25 billion development in Midtown Manhattan consisting of offices, stores, restaurants, apartments, condos, a hotel and an arts center.

During Howard Hughes’ May earnings call, CEO David Weinreb said he doesn’t view Hudson Yards as a Seaport rival. The company’s plan for Seaport is “very much on track,” he said, despite significant development delays. The project has met resistance from preservationists, community activists and elected officials, according to The New York Times.

“Sometimes the luck goes your way and sometimes it doesn’t,” Weinreb said. “But we still are optimistic that at the end of the day this asset will deliver as we originally expected it to.”

Bill Ackman, CEO of London-based investment fund Pershing Square Holdings Ltd., a major investor in Howard Hughes, has noted that Seaport represents less than 10 percent of the company’s assets. As such, Ackman, chairman of Howard Hughes’ board, said he doesn’t think the slower-than-expected stabilization of Seaport constitutes a threat to the developer.

On June 24, three days before the strategic review was announced, Howard Hughes executives revealed the company had secured a five-year, $250 million loan for the Seaport development. The loan is secured by some of the company’s Seaport holdings, including Pier 17 and the Tin Building.

Seaport is just one component of Howard Hughes’ mission to close its NAV gap. Goldfarb puts the negative discount to NAV at nearly 18.3 percent.

The company’s inability to gain sufficient valuation for its long-term business strategy represents its No. 1 problem, according to Khorsand.

“If there were a magic bullet or the perfect solution that would unlock value tomorrow, there’s no doubt that we would sprint to go execute it and get it done,” Weinreb said in May. “I don’t think it’s that simple.”

Weinreb, who’s led Howard Hughes since 2010, said during the May earnings call that “there’s no stone we won’t turn over” to drive up NAV and close the NAV gap.

“We are doing everything we can on a daily basis to attempt to minimize the discount between where the stock currently trades and the net asset value of the company,” he said.

To be sure, the strategic review will aim to tackle the NAV concern head-on. Howard Hughes hasn’t set a timetable for wrapping up the review process.

“We look forward to reporting to shareholders on the results of our strategic review and will remain focused on executing our plans during this evaluation process,” Weinreb said in a news release confirming the review.