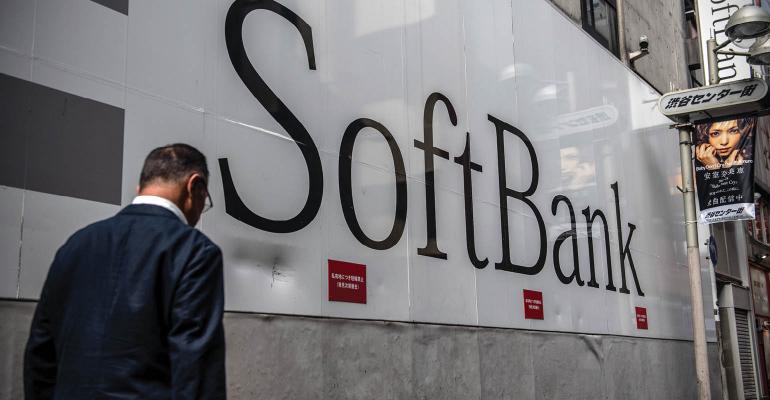 SoftBank Takes Control of WeWork as Part of Bailout, Adam Neumann to Leave Board

SoftBank plans to buy as much of $3 billion in stock from WeWork’s existing shareholders.

(Bloomberg)—SoftBank Group Corp. is taking control of WeWork, part of a rescue financing plan that will see founder Adam Neumann depart the company’s board, according to people familiar with the matter.

Neumann is expected to sell a little under $1 billion of stock to the Japanese investment firm as part of the deal, said the people, who asked to remain anonymous because the agreement hasn’t been announced. He’ll remain as a board observer and can assign two board seats, one of the people said. Neumann will also get a roughly $185 million consulting fee.

WeWork, reeling since it scrapped a planned public offering in September, had been considering two separate rescue packages from SoftBank and JPMorgan Chase & Co., to keep it from running out of money as soon as next month. The deal, which values the office-sharing startup at about $8 billion, marks a shocking fall from grace for a business emblematic of the latest tech boom that had been valued as recently as January at $47 billion.

As part of SoftBank’s plan, one of its executives, Marcelo Claure, will take over as chairman of WeWork’s board, one of the people said.

SoftBank’s stock purchase from Neumann is part of a broader offer to buy as much as $3 billion from existing shareholders, one of the people familiar with the matter said. The investment firm will also provide Neumann with a $500 million credit line, secured by some of his stock.

A $500 million loan to Neumann extended by JPMorgan, UBS and Credit Suisse will be repaid, one of the people said.

In addition to the proposal from SoftBank, JPMorgan had been pitching a $5 billion debt package for WeWork. Last week, the company had been leaning toward the bank’s plan, because it wouldn’t dilute existing shareholders or force the startup to cede control.

But disagreements over the valuation -- JPMorgan’s plan had pegged WeWork’s valuation at about $5 billion -- pushed the company toward SoftBank, which was willing to increase its equity stake and provide a payout to Neumann, according to a person familiar with the situation.

SoftBank is WeWork’s largest investor, and had committed more than $10 billion to the company even before the bailout. As its estimated valuation cratered, WeWork last month ousted Neumann as chief executive officer and, eventually, pulled its IPO paperwork.

The canceled public offering also left WeWork, which lost $900 million in the first half of the year, without a crucial source of funding: a $6 billion loan that had been contingent on a successful entrance into the public market.

SoftBank’s bailout of WeWork is happening at a particularly sensitive time for the Japanese investment powerhouse. SoftBank is currently looking to raise funding for a second version of the Vision Fund, its $100 billion tech fund that reshaped the way the Silicon Valley startup world works by dint of its sheer size. Today, investors are expressing hesitance about the fund’s second iteration, which SoftBank hopes to make even bigger than the first.

In a recent interview with the Nikkei Business magazine, Son said he was “embarrassed and impatient” with his recent track record. WeWork is not the only big bet for SoftBank that went south. It was also the largest investor in Uber Technologies Inc., whose stock price is down about a third since its May IPO.

To contact the editor responsible for this story: Craig Giammona at [email protected]