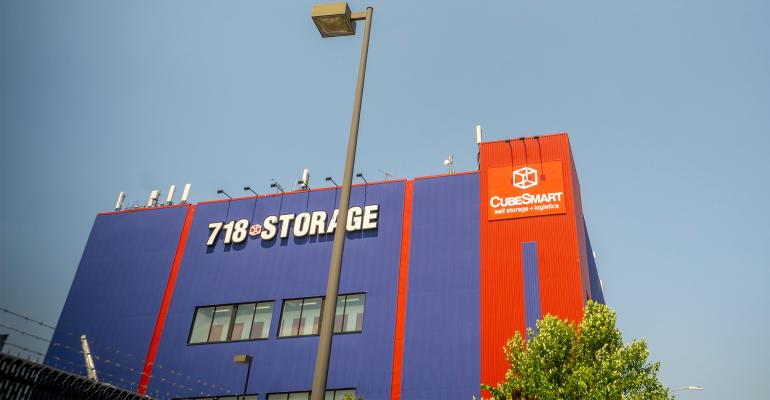 A growing number of buyers are also willing to buy new self-storage properties before they are fully-leased.

Self-storage properties in the U.S. have performed well throughout the coronavirus pandemic, and that has attracted the attention of investors from around the world, driving prices up even further on the assets.

“Storage facilities have a higher value then they did even a few years ago, due to high levels of occupancies and rental rate performance,” says Isaac Hiatt, product specialist at Yardi Matrix.

Investors continue to open their wallets to buy more self-storage properties at higher prices, relative to the income from the properties.

For example, REITs specializing in self-storage recently paid cap rates in the 5 percent to 7 percent range, according to their earnings reports for the third quarter of 2021. Those numbers are very low for the self-storage business.

“It would be hard for cap rates to go significantly lower than the current environment,” says Ryan Clark, co-founder and director of investment sales for Skyview Advisors, based in Tampa, Fla.  However, the rush to invest is not just reflected in the simple cap rate. “Buyers are valuing properties, both stabilized and in lease-up, based on projected pro-forma performance,” he says. “They are applying aggressive cap rates to the future performance.”

A growing number of buyers are also willing to buy new self-storage properties as soon as they are finished, before they are fully-leased.

“Certificate of occupancy deals have again come back into favor with the buyer pool, as buyers perceive less risk of occupancy and rental rate stabilization given the strength of the industry,” says Clark.

The strong performance of self-storage properties has attracted institutional investors like private equity funds and REITs.

“Some very big players are also involved in the sector, including REITs,” says Francis Chantree, senior editor at Yardi’s StorageCafé.

Stock market investors have poured their money in REITs specializing in self-storage. And the REITs are using that capital to buy properties. CubeSmart, a REIT based in Malvern, Penn., was the biggest buyer of self-storage operations in 2020, spending a total of $612 million for 27 facilities. Another REIT, Public Storage, based in Glendale, Calif., purchased more rentable storage space in 2020 than any other investor, totaling almost 4.8 million sq. ft. across 46 properties for a total of $460 million.

“Private equity continues to flow into the asset class from all directions,” says Clark. “Relatively new operators have been able to secure large commitments from equity funds to expand their footprints, at the same time long established private equity titans have entered the market with their own acquisition platforms.”

All this attention from large investors can make it more difficult for regional and local buyers to win bidding wars. REITs and private equity funds can pay very high prices for properties because they have lower costs of capital and return thresholds.

“The institutional consolidation of the asset class continues to crowd out the local and regional buyers that are finding it harder and harder to compete for acquisitions,” says Clark.

However, small businesses and mom-and-pop operations still represent the vast majority of operators of self storage properties—as much as 80 percent, says Yardi’s Chantree.

Self-storage properties are getting all of this attention because the fundamental performance of the properties has been very strong since the start of the pandemic.

“The investment landscape has been changed quite dramatically due to the performance of the industry over the past 18 months,” says Yardi’s Hiatt.

Rents for 10-foot by 10-foot storage units in October 2021 were up 10 percent compared to the year before.

“Street rates of storage units are rising more vigorously now than they were six months ago,” says Chantree. Rents were already rising for self-storage spaces in March 2021, but the increase back then was just 3 percent compared to the year before. Back then, that modest increase seemed like a reasonable recovery after many COVID-affected months, according to Chantree.

In their third quarter reports, REITs such as Extra Space Storage, based in Salt Lake City, report occupancy rates up a much as 90 basis points from already high levels a year before.

“This is all derived from an increase in demand from customers who are either moving or in need of more space because of work from home,” says Yardi’s Hiatt.

The pandemic also slowed down self-storage developers who might otherwise have overbuilt their markets.

Developers are now building a pipeline of new self-storage properties that would increase the inventory of net rentable square feet in the U.S. by a fairly reasonable 8.5 percent, according the data from Skyview Advisors.

In a few markets including New York, Philadelphia, Las Vegas and Phoenix, self-storage developers are building or planning even more new projects that would increase the inventory existing net rentable square feet in those places by more than 10 percent. Overall, however, new projects are likely to do well even in markets where developers are very busy.

“Given current occupancy levels I do not believe any markets are overbuilt,” says   Skyview’s Clark. “The above markets have either historically been undersupplied or are currently experiencing tremendous population growth, supporting the supply growth.”