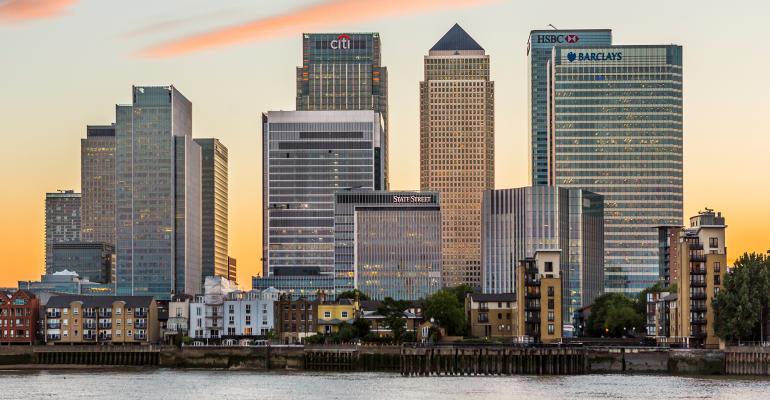 Although several candidates have emerged, there is no consensus on the replacement for the commonly-used short-term loan rate benchmark.

Commercial real estate borrowers and lenders are preparing for a looming LIBOR transition deadline—a process complicated by the fact that there’s no clear U.S. replacement for the widely-used benchmark.

Lenders have had plenty of time to prepare for a shift to a new benchmark rate for pricing short-term floating rate debt. The demise of LIBOR was first announced in 2017. “We do expect a relatively smooth transition, but it is a substantive change that is happening across the financial industry, commercial real estate and beyond,” says Andrew Foster, associate vice president of commercial real estate at the Mortgage Bankers Association (MBA).

Although some believe the Secured Overnight Financing Rate (SOFR) has the lead, other options that have been floated include the ICE Bank Yield Index, Ameribor and the Bloomberg Short Term Bank Yield Index (BSBY). “The alternative rates other than SOFR that continue to be discussed, BSBY and Ameribor being the most prominent alternatives, have created a lot of noise and contributed to the frustration of a lot of market participants,” says Foster.

Lack of an official alternative rate does create a lot of confusion, but banks are starting to test the waters with other replacement rates, adds Andreas Wilgen, Group Credit Officer for Global Structured Finance at Fitch Ratings.

“They seem to be happy that it’s functioning, but it’s still not the case of the primary market shifting to a new rate. That still hasn’t happened,” Wilgen says. Many community and regional banks appear to be favoring Ameribor, while some of the big banks are in support of SOFR or BSBY, he adds. For example, Bank or America and JPMorgan Chase used BSBY to exchange $250 million in interest-rate swaps in May.

“While we believe the larger public and global firms will move to SOFR, certain smaller firms may choose one of the credit sensitive rates, such as Ameribor or BSBY, instead,” says Raj Aidasani, Head of Research at the Commercial Real Estate Finance Council (CREFC) “As a result, we expect there will be some fragmentation with several rates co-existing next year.” Although the Alternative Reference Rate Committee (ARRC) recommended use of a Term SOFR rate for certain financial products, one criticism of SOFR from some regional lenders has been its lack of a bank credit risk component, he says. So while a fixed spread adjustment, based on the ARRC’s recommendation, can be incorporated in the rate banks charge to customers, their internal funding cost will continue to float. In the current historically low interest rate environment, this works in the banks’ favor as there is a single-digit credit adjustment spread in the market. However, if there is significant market stress or volatility, banks’ funding rates could increase as a result of credit pressures, explains Aidasani.

Another hurdle for some lenders is timing that is quickly winding down. Although USD LIBOR rates will continue to publish until June 30, 2023, U.S. regulators have been pushing for the transition away from LIBOR to occur much sooner in order to provide ample time to phase out any legacy loans. Federal bank regulators have informed regulated institutions that they believe it would be creating “systemic financial risk” if they continued to issue new LIBOR products after December 31, 2021.

In the context of commercial real estate, LIBOR is used by bank and non-bank lenders to price short-term floating rate debt, such as construction loans and bridge loans. It also is used by both lenders and investors in the structured finance market. According to CREFC, the transition away from LIBOR will impact some $200 billion in floating rate debt in the CRE securitized debt market, including primarily single-asset single-borrower (SASB) CMBS, CRE CLO, and Agency CMBS transactions.

Legislation has been introduced that acknowledges potential challenges and aims to smooth the transition away from LIBOR. The Adjustable Interest Rate Act of 2021 (H.R. 4616), aka the LIBOR Act, proposes using SOFR plus a set spread for those LIBOR contracts that lack clearly defined or practicable fallback provisions. If enacted as currently proposed, Fitch Ratings expects the LIBOR Act to lower LIBOR disruption risk for most U.S. structured finance transactions exposed to USD LIBOR. Transactions with “hardwired” fallback language in line with recommendations from the ARRC also face low LIBOR disruption risk because transaction parties will likely follow the existing fallback provisions, according to Fitch.

“This bill appears to have bipartisan support. So, there is confidence by various players that it will see the light of day. If it does, it will probably largely manage legacy transaction transition risk on LIBOR,” says Wilgen. “If the legislation isn’t approved, then I think June 2023 could lead to serious issues on the grounds that there are many transactions that don’t have formal transition plans in place.” Lack of fallback language makes it very difficult to transition from one rate to another, because legacy transactions would have to be amended and agreed upon by the parties involved in that transaction, he says.

The expectation is that most legacy LIBOR contracts will have matured by June 2023. However, the LIBOR Act would provide some safe harbor for the “tough” legacy LIBOR contracts, or those that cannot be easily modified that mature beyond June 2023, adds Sairah Burki, head of Regulatory Affairs at CREFC. If passed, this legislation would provide legal safe harbor for lenders who switch to a regulatory-approved rate like SOFR. It also would prevent unnecessary and costly litigation as well as financial instability for bond investors, the banking system and consumers, notes Burki.

Preparedness for LIBOR transition is a mixed bag. Agency CMBS has led the way in the transition away from LIBOR. As of December 31, 2020, Fannie Mae and Freddie Mac stopped purchasing multifamily loans indexed to LIBOR. Freddie Mac began issuing floating rate CMBS transactions indexed to SOFR in December 2019 and has since issued over $35 billion. “While the private label side has yet to issue a SOFR transaction, we think many will begin the process in the fourth quarter of 2021 given the year-end deadline and the timeline from origination of a loan to its securitization,” says Aidasani. In addition, the early adoption of SOFR by the agencies should help the process as many of the private label CMBS servicers and trustees perform the same role on the Agency CMBS side, he adds.

As Fannie Mae and Freddie Mac moved quickly to adopt the SOFR rate on new products, the agencies have pulled a lot of their bank partners along with them. In addition, big banks in particular have been active participants in discussions with the ARRC in creating a framework for transition, as well as creating their own working groups to facilitate the transition to a new reference rate. “I’m not sure that extends to all lenders and everyone in the market,” says Wilgen.

Specific to commercial real estate loans, there is a two-fold problem, adds Foster. One issue is that using a different benchmark rate to replace LIBOR, such as SOFR, can alter the economics of a loan that is made. Two, legacy loans that need to transition from LIBOR to a new rate also could pose problems by changing economics of the loan for both the lender and/or the borrower. Where a lender has loan documents that are already in place and agreements that have been made, if there is not a process for switching from one rate to another, that is very problematic. “So, that issue of legacy loans is the bigger challenge for the market, including commercial real estate,” he says.

Whether it’s new loans or legacy loans, switching to a new rate is important and needs to be done in a way that is fair to the different parties, notes Foster. “That’s why you saw ARRC work with the industry a lot over the last few years to come up with fallback language to use for loans that explains how that process will work,” he says. The issue for legacy loans is going to largely impact those that didn’t include fallback language that addressed moving from Rate A to Rate B. How those situations get handled could prove to be problematic. The LIBOR Act would help market participants navigate issues related to legacy loans. “Whether or not that bill is passed or not is to be determined, but the fact that they are even discussing the issue speaks to this being a primary challenge,” says Foster.