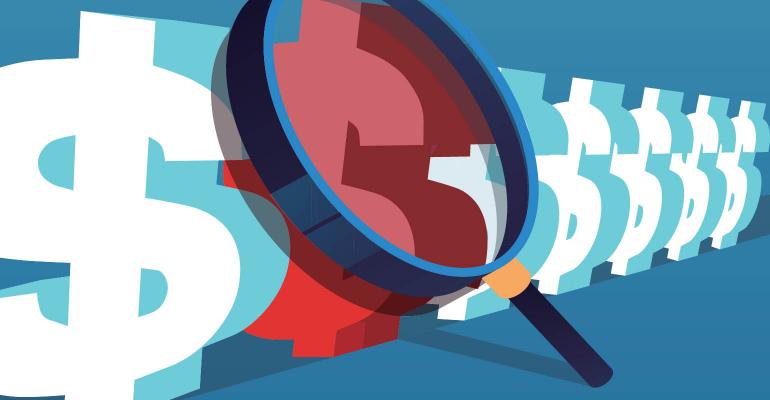 There is a surge in capital flowing into social impact investment funds.

The flurry of value-add apartment investing in recent years has sparked a countermove by public and private entities that are pooling their capital and stepping in to slow the erosion of the country’s low-income housing stock. Added to that, new private equity funds are popping up to take advantage of tax breaks created by the Tax Cuts and Jobs Act of 2017 aimed at incentivizing investment in designated low income Opportunity Zones. The combined result is a surge in capital flowing into social impact investment funds.

The shrinking supply of unsubsidized affordable housing in the Minneapolis metro was one of the main drivers behind the launch of the Naturally Occurring Affordable Housing (NOAH) Impact Fund last year. The fund, which is a subsidiary of the Greater Minnesota Housing Fund, kicked off with $25 million in funding, with plans to continue growing with future funding phases. Some of the participating investors include the McKnight Foundation, as well as Bremer Bank, Sunrise Banks and Western Bank, which is a division of American National Bank.

“The funding community, including the private banking world, absolutely understands why this housing stock is important to our economy and important to our social outcomes in the region,” says Rachel Robinson, NOAH fund manager.

Accessing unsubsidized affordable housing is a growing challenge in the Minneapolis metro where market rate vacancies at 2.2 percent have unleashed a wave of value-add investors. The regional fund provides low cost equity financing to public or private investment groups who are buying non-subsidized affordable housing and commit to preserving affordable rent levels. Generally, the fund is targeting class-B and class-C apartments with 50-plus units in the Minneapolis-St. Paul metro that rent for about 60 percent of area income.

Although investors are receiving a return on investment, they all are making the capital available with the expectation that there will be social impact, says Robinson. Overall, the fund provides 10-year equity financing at a hurdle return of 6.5 percent. “We are really passing through our cost of funds to developers,” she notes. Since the fund was launched, it has helped to preserve 429 units at six properties in three separate transactions.

“The main goal for us is to ensure long-term affordability and to preserve these properties and to enable non-profit developers to continue doing the work they had been doing,” says Melissa Garcia, director of national lending initiatives at LIIF. The FPAC funding helps non-profit housing developers fill a gap in the capital stack and raise leverage when acquiring properties. The partnership with Morgan Stanley gives FPAC access to bank interest rates and a lower blended capital cost. For example, FPAC recently provided a one-year bridge loan on a project at a rate of 5.9 percent.

LIIF has also been involved in the creation of another regional fund in the San Francisco Bay area in conjunction with the Metropolitan Transportation Commission (MTC) that will target the preservation of currently unrestricted affordable housing. The MTC recently approved $10 million to seed the Bay Area Preservation Pilot, which is expected to launch later this year.

Private capital is also pouring into new investment funds that have been created to reap the tax benefits of investing in low-income “Opportunity Zones” that have been certified by the U.S. Department of Treasury. “The big incentive for investors is the ability to defer capital gains and also have tax elimination on any investment that they make into an Opportunity Zone,” says Derek Uldricks, president of Virtua Capital Management, which provides capital formation functions and investor processing for funds sponsored by Virtua Partners.

Virtua Partners was one of the first funds out of the gate with the introduction of its Opportunity Zone Fund I that launched in June. The fund has a target capital raise of $200 million, which it is raising from primarily accredited investors, high-net-worth individuals, family offices and other qualified purchasers. In order to qualify for the tax advantages, investors have to “substantially improve” properties or businesses they are investing in within those designated zones. Virtua plans to achieve that by focusing specifically on new development projects in rental apartments, limited-service hotels and single-family rentals. Specifically, the fund is developing more moderately priced apartments that will serve white collar or blue-collar workers versus high-priced luxury apartments.

The core mandate for fund managers at Virtua is to maximize returns for investors, while minimizing risks, notes Uldricks. “There also is some impact to what we’re doing. Some of our projects would have had a harder time developing if it were not for our program,” he says. “Effectively, what you’re doing is providing a tax subsidy for investors, which brings down the overall cost of capital.”

The tax incentives will help spur more capital to projects that perhaps were not feasible in the past, which will produce a strong economic and social impact in these Opportunity Zones, he adds.