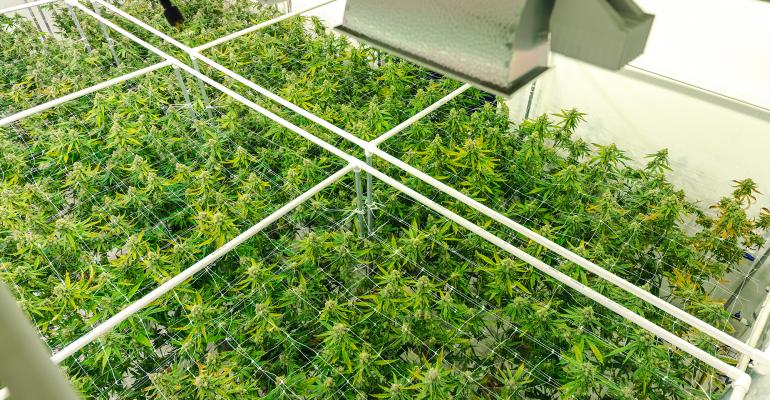 With more states legalizing cannabis use, the sector is starting to look at lot less risky.

The past few years have brought cannabis legalization to multiple states, giving real estate investors a new alternative asset class to put their money into. It looks like this trend is only going to intensify in the months ahead.

As we get further into 2022, all U.S. states without current medical cannabis legalization are now considering legislation or ballot initiatives to legalize it. In addition, some states where medical cannabis is already legal may take the next step this year to allow adult recreational use.

Related: Corporations Are Bringing Needed Inventory to the Sale-Leaseback Market

“As we come out of the pandemic, states are looking at the cannabis industry long and hard as a great way to raise tax revenue,” says Eric Altstadter, a partner at the New York-based accounting firm EisnerAmper.

Twenty-one additional states may legalize cannabis use in some form this year, according to Michael Schwamm, a partner in the New York office of the law firm Duane Morris. For example, in Oklahoma, which has the largest medical marijuana industry in the nation, State Representative Scott Fetgatter has introduced legislation to legalize recreational sales. Two potential 2022 referendums have already been filed that, if passed, would establish a taxed, regulated adult-use market, says Schwamm.

Related: What Does Expanding Cannabis Legalization Mean for CRE Investors?

What this means for investors

With this “green wave” growing nationwide, Altstadter says real investors are becoming more comfortable with cannabis-related properties, despite the federal government’s failure to downgrade marijuana from Schedule I drug status.

And the increase in cannabis sales during the pandemic may have attracted some new investors to the industry, according to Karnes. Cannabis dispensaries were deemed an “essential business” in most states, allowing them to stay open even as other businesses have had to close due to restrictions, notes Schwamm. Meanwhile, the pandemic’s impact on retail real estate occupancy is making landlords that previously avoided cannabis tenants more flexible, according to Altstadter.

“Real estate investing (along with ancillary services) is often the entry point for many investors,” Schwamm adds. “As the industry continues to gain acceptance, I am seeing more and more traditional real estate investors taking a look at this market as they are able to get higher returns in the cannabis sector vs. other [real estate] markets.”

Returns on investment in cannabis real estate on the debt side currently range between 12 and 15 percent and higher on loans with two- to four-year loan terms, says Schwamm. On the equity side, the range is much more variable and more dependent on the type of the company involved—whether it’s a start-up, in growth stage, publicly-traded or privately held. It tracks the multiples of what other industries are getting with an additional “cannabis premium,” Schwamm notes.

The biggest risk for cannabis real estate investors is primarily the survival chances of the underlying business in a sector that has always been very cash-constrained and subject to a very high tax rate due to section 280E of the Internal Revenue tax code, continues Schwamm. Section 280E bars any business, or portion of a business, engaged in trafficking a Schedule I or II controlled substance, such as cannabis, from using certain deductions or credits for federal tax purposes.

Additionally, on the debt side, much of the collateral is not available to the lender, and with real estate there is always a question of what is the value for the “next best use” if you need to replace the tenant, Schwamm notes.

Meanwhile, Karnes cites civil forfeiture as a danger and concern for potential cannabis real estate investors, although he adds that this risk is not as significant as it was in years past given the number of states that have legalized cannabis, coupled with the eventual inevitable end to federal prohibition.

“The looming issue overhanging everyone’s investment thesis is when will we see some sort of federal legislation,” says Schwamm, who doesn’t think this will happen anytime soon. Even so, he expects a significant uptick in the sector’s M&A activity, with the larger players making strategic acquisition to gain scale and/or move into new states.

While all of the experts WMRE interviewed believe federal legalization will happen eventually, they note that this issue does present challenges for the cannabis industry because conventional bank loans remain unavailable and credit card companies won’t allow dispensaries to accept credit sales (debit card sales are okay) for an illegal substance.

As a result, investors must depend on alternative capital, which has spawned new capital sources and strategies. There appears to be an increasing appetite for cannabis investing across all the asset classes, but now with several large public cannabis REITs established, Schwamm says there may be additional activity in the lower end of the market, including multi-state operators (MSOs) and single sign-on (SSO) retail locations. For example, over the last year, a number of private financial services firms have popped up to serve cannabis businesses, providing them with electronic banking and lending services, according to recent reporting by The Financial Times.

Some state governments have also introduced lending programs to ensure social equity in the cannabis industry. Illinois, for instance, has raised a social equity loan fund of $34 million that provides loans of more than $150,000 on average, with interest rates not to exceeding 8 percent.

Altstadter also notes a big increase in sale-leaseback activity by cannabis businesses to raise capital for expansion. According to a report by BENZINGA, some examples of cannabis sale-leaseback transactions over the past year include: