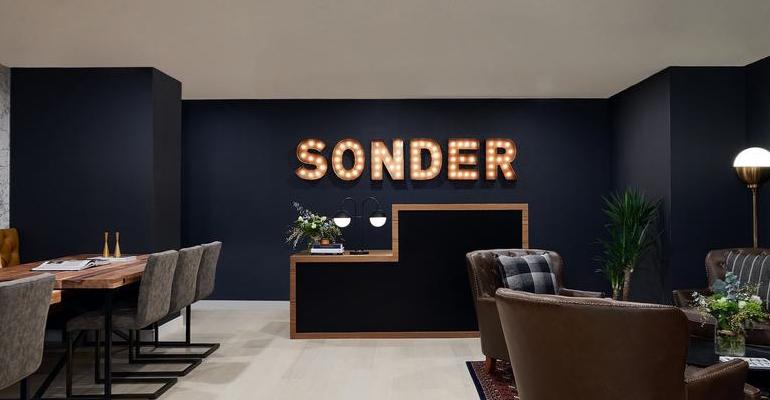 The deal will give the combined entity an enterprise value of about $2.2 billion.

The deal will give the combined entity an enterprise value of about $2.2 billion, according to a statement Friday that confirmed an earlier Bloomberg News report. It includes a $200 million private placement led by an affiliate of Gores Group, the investment firm founded by the SPAC’s chief executive officer, Alec Gores.

“The deal allows us to put meaningful capital on the balance sheet in what’s an exceptional time, if not the best time in the history of hospitality, to lean into the recovery,” Francis Davidson, Sonder’s co-founder and chief executive officer, said in an interview.

San Francisco-based Sonder first refurbishes short-term rentals and lists them on its website, as well as with Airbnb Inc. and Expedia Group Inc.’s Vrbo. Sonder, which has taken over other buildings including old hat factories and police stables, has also expanded in recent years to work with hotels.

Davidson began experimenting with amenities when he was managing apartments as a McGill University student in Montreal. He founded Sonder in 2012 with Martin Picard, and told Bloomberg News in 2019 that the company had ambitions of raking in more revenue than Marriott by 2025.

The CEO said the company will use the funds from the merger to invest in technology and continue its global expansion, building on its presence in 35 markets across 8 countries.

Last year, Sonder reached a valuation of $1.3 billion after a funding round. The company previously raised more than $560 million and is backed by investors including Fidelity, WestCap, Inovia Capital, Valor Equity Partners, Greenoaks Capital, Greylock Partners and Spark Capital.