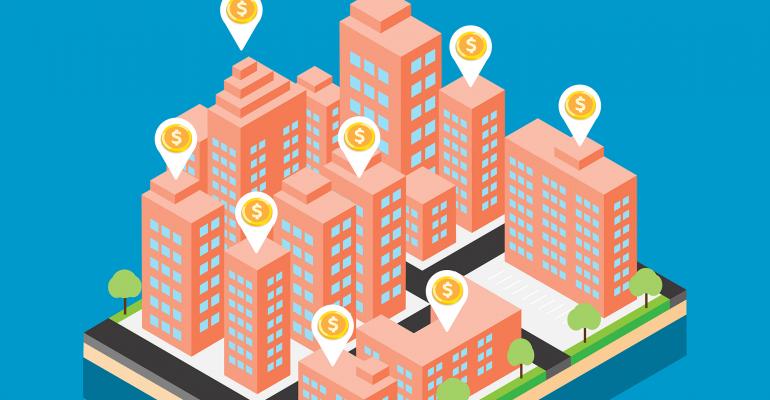 Lenders Remain Cautious. But They Are Willing to Take On Multifamily and Industrial Deals

Debt capital remains available for stabilized properties and financing volume will continue to increase as the outlook for many subsectors has brightened.

Despite a year of disruptions and significantly lower deal volume, commercial real estate capital providers of all types remain willing to finance deals. And with the overall outlook brightening, origination activity is expected to grow throughout 2021.

And as the February 2021 Capital Trends US Big Picture report from real estate data firm Real Capital Analytics points out, with the exception of the hotel sector, most property types did not see significant drops in unique loan originations last year. On industrial deals, that number went up by 20 percent compared to 2019. At the same time, the volume of seller financing climbed by 40 percent from a year ago and affected more loans of $50 million and greater, which could be a sign of distress.

Data from the fourth quarter of 2020, about half of which occurred after news broke that vaccinations would begin, showed that lenders began to creep back into the market and that momentum has carried over into the first months of 2021.

In the second quarter of 2020, the market “looked like one leg of the whole financing stool had disappeared, but it came back into fourth quarter,” says Jim Costello, senior vice president with RCA. “It didn’t reclaim all of the lost ground, but the relative market shares in fourth quarter look actually kind of close to where we were in 2018 and 2019. It’s as if we had two quarters of pause and decline, but by the end of the year, we mostly got back to normal, with a few changes along the way. Bottom line, second quarter and third quarter are different.”

The RCA Commercial Property Price Indices (CPPI) for the industrial sector rose 8.1 percent in February, but that was largely to be expected, considering the enthusiasm the sector has been mustering from investors, according to Costello. “I’m not surprised it has strong growth,” he says. “There’s so much interest in the sector and it’s led to cap rates going to record low levels and a record high level of construction.”

“Last year at this time, mortgage availability shut down completely and was mostly unavailable through the end of second quarter 2020,” says Perry Freitas, managing director at Hudson Realty Capital, a middle market-focused real estate financing provider. “This changed toward the end of the year and we saw availability start to grow. Today, there are a lot more lenders back in the market, particularly for favorite property types like multifamily and industrial.”

In fact, the report shared that all four major lender groups, including banks and thrifts, conduit lenders, government-sponsored enterprises (GSEs) and life insurers, increased their holdings. For example, overall multifamily mortgage debt grew by $41.8 billion during the fourth quarter. Agency and GSE portfolios and MBS had a large gain in mortgage debt outstanding for the fourth quarter of 2020 in comparison to the same period the year prior, rising by 12.6 percent.

“And they [GSEs] should be [the most active] because the apartment market is such an important part of the deal environment,” Costello says. “It’s still the largest, most liquid market globally for real estate and the GSE lenders, as the share of total financing extended to commercial and multifamily properties, they gain market share in 2020 relative to 2019 and 2018. That’s not surprising, given that the sector was growing more.”

There was a share of skittishness for the multi-billion dollar mortgage deals on commercial assets, but the $2-million deals had more wiggle room. “The regional banks and local banks stepped in here,” Costello says.

The two groups that have pulled back measurably, according to him, are the insurance lenders and the international banks. Those two groups tend to finance some of the bigger core deals in the coastal markets and that is where most of the uncertainty currently lies, in Costello’s view.

In general, lenders have been more willing to finance and offer the most favorable rates on multifamily and industrial deals, which are currently seen as having the most secure outlooks. RCA data shows that the average loan size for all lenders sources shrunk to $10.3 million from $11.9 million in 2020 compared to the year before, with the average loan-to-value (LTV) ratio declining by 70 basis points to 66.4 percent. What’s more, in spite of a sharp drop in 10-year U.S. Treasury rate, the average interest rate on commercial mortgage loans never went below 3.7 percent. According to the RCA report, “Lenders reacted to the uncertainty of the pandemic by increasing the spreads between commercial mortgage rates and the risk-free rate of the 10-year U.S. Treasury.”

According to Freitas, “Over the past six months, multifamily and industrial have remained the top asset classes when it comes to market activity and best rates. In the multifamily sector, we’ve seen conventional lenders pull back and more stakeholders gravitate toward agencies. This behavior is in response to the pandemic and current market conditions. Even during the height of the lockdown, multifamily was securing financing.”

He offers that industrial has been hot for a while and the pandemic only fanned the flames further due to the uptick in e-commerce sales. “In the fourth quarter last year, some industrial properties were more competitive than multifamily,” he says.