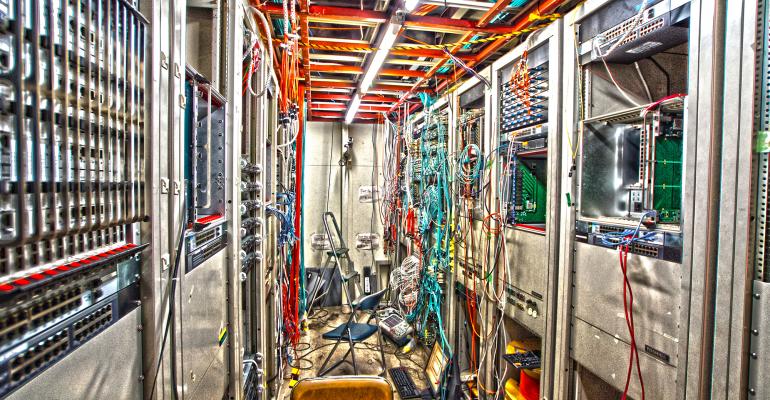 While the pace of growth for data centers might slow as more people go back to the office, the long-term outlook remains robust.

Even amid a pandemic, the construction pipeline for data centers in the U.S. has kept growing. While in 2019, 4.92 million Rentable Building Area (RBA) sq. ft. of data centers were built and renovated, according to CoStar Advisory Service, last year the figure rose to 6.78 RBA million sq. ft. The planned pipeline for 2021 is now at 7.66 million RBA sq. ft. The CoStar data “largely includes properties under construction, but may be missing renovations of existing space as research continues to investigate these,” notes Juan Arias, senior consultant with the CoStar Group.

There were some initial hiccups in construction plans as the pandemic took hold last year. For example, Facebook went from spending well north of $10 billion on data center construction in 2019 to announcing a delay in data center expansion in March of 2020. By September, however, it revealed a planned $1.5 million sq. ft. expansion of a data center in Georgia, as it became clear that home-bound consumers were contributing to a significant uptick in data storage needs. Facebook’s expansion deal was one of many similar announcements made in the data center space starting in the second quarter of 2020. Even Goldman Sachs got into the act by announcing in October a $500 million investment in a global data center platform.

In the first quarter of 2020, data center ownership was dominated by REITs and corporate users, according to CoStar Advisory Services. Digital Realty Trust ranked as the number one data center owner in the U.S. by RBA at 20,280,649, followed by Facebook at 10,502,349.

There are a few caveats to the planned construction uptick, however. For example, CoStar’s Arias notes that the increase in the pipeline might be driven more by the expansion of existing data centers and less so by ground-up development. And Jack Yarger, vice president, capital markets, with Los Angeles-based real estate investment fund manager Township Capital, says there might be a bit of a slowdown in the sector in 2021, arising from a decreased need from streaming services as more people return to the office and more everyday transactions are completed in person instead of online.

Related: Data Center Sector Shaping Up to Be Another Outperformer in an Altered Market

But there is huge potential for data center construction in the long term because of multiple catalysts, a leader being 5G technology, Yarger notes. “It start(ed) to slowly roll out in the United States and it will take years for … the infrastructure upgrades necessary to take it nationwide.”

In the meantime, the markets that are most likely to benefit from new projects include both established data center strongholds such as Northern Virginia, which accounts for 61 percent of the current development pipeline, according to Yarger, and what he describes as “call supply markets,” including Dallas and Chicago. Salt Lake City is currently one of the most attractive data center markets in the country in terms of total cost of ownership (TCO), according to Data Center Knowledge.

Other markets that might also benefit from an expanded data center pipeline would be Sacramento, Calif. and Reno, Neve., in part due to their relatively proximity to Silicon Valley, notes Yarger.

Yarger adds that the overall demand for wholesale data centers in the primary U.S. markets fell by 11 percent year-over-year in 2020, but offers that this was largely due to a temporary freezing of company IT budgets to reevaluate their digital infrastructures.

All of these “require an extremely short duration between the execution of a lease and when data can be stored,” Abbott notes. To meet these requirements, Sundt has recently invested in a fleet of just over $100 million’s worth of new site and civil construction equipment.