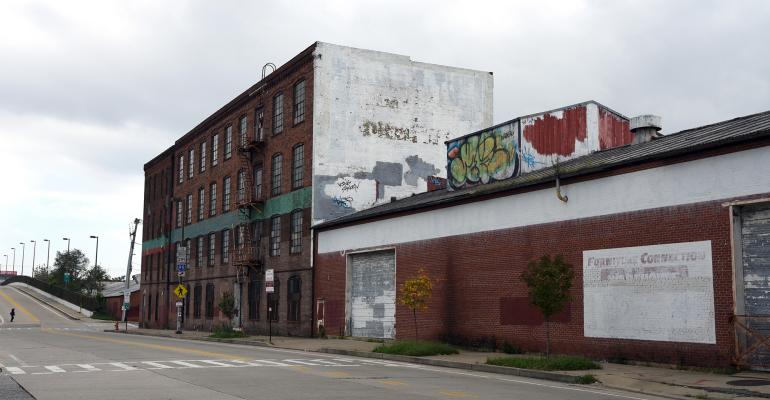 Five Years In, Opportunity Zones are Hitting Their Stride

A question looming over the industry is whether the legislation will get renewed or if the benefit will fade once the law expires.

When the Tax Cuts and Jobs Act of 2017 put in place new tax incentives for investors tied to Opportunity Zones, no one was quite sure how well the new structure would take off. The early days were marked by a frenzy of sponsors jumping into the space—and plenty of critics who were skeptical that the tax incentive program would work. However, five years in, the sector is proving that it can both attract capital and deliver economic development to underserved communities.

Opportunity Zones (OZ) are defined as an economic development tool that allows people to invest in distressed areas in the United States. Their stated purpose is to spur economic growth and job creation in low-income communities while providing tax benefits to investors. Investors can defer tax on any prior eligible gains by buying into OZ funds with deferral benefits varying based on the length of the fund.

Related: Why Investing in Opportunity Zones Goes Beyond a Tax Break

To its credit, the OZ industry has overcome a number of challenges, including a tedious process of defining zones and getting clarity on how the tax rules were likely to be interpreted by the IRS. And then, of course, the pandemic disrupted things even more.

According to survey data from Novogradac & Company LLP, an accounting services firm that tracks the OZ sector, Qualified Opportunity Zone Funds (QOFs) have raised $32.7 billion since their inception and are on pace to raise $10 billion in 2022, which would mark its biggest fundraising year yet. However, the firm estimates that it is capturing data on only roughly one-third of the industry. If that estimate is correct, that would put the overall size of the OZ industry at closer to $100 billion.

“There are not a lot of opportunities to defer capital gains, and Opportunity Zones are very flexible,” agrees John Sciarretti, CPA, a partner at Novogradac & Company. Capital gains, regardless of where it comes from, can be reinvested in real estate projects or an operating business within designated zones that meets certain standards. However, it remains a highly fragmented industry. Novogradac is currently tracking about 1,600 QOFs, about 1,200 of which are reporting fundraising data. “There’s a fairly low barrier to entry to set one up. So, there are a lot of funds that we’re not capturing,” says Sciarretti.

“At a macro level, I think there has been a wide adoption of the Opportunity Zone program because it is the only capital gain deferral tool available for asset classes other than real estate,” says Cody H. Laidlaw, chief business development officer and head of investor relations at Belpointe PREP LLC, a publicly-traded Opportunity Zone entity. Although real estate owners can utilize 1031 exchanges to defer capital gains when rolling proceeds into a new real estate purchase, there is no equivalent structure for the sale of other types of assets, such as stocks, a business or even artwork that has appreciated in value.

Evolution of the sector

The Opportunity Zone legislation unleashed a rush of players entering the market ranging from high-quality, experienced commercial real estate investment management firms to those that had never developed property or managed funds before. Since then, clear leaders have emerged. About 60 of the QOFs that Novogradac is tracking have all raised more than $100 million, which suggests that a minority of the funds are raising a majority of the capital. A number of the larger QOFs were not new to the scene in 2017. They were established private equity funds that set up specialized funds to capture the OZ marketplace, and they have grown, notes Sciarretti. A number of funds Novogradac tracks have captured over $500 million.

Grubb Properties is a North Carolina-based firm that was active in building essential housing in low-income areas before legislation was introduced. When OZs were established, the firm already had four projects located in designated zones. “That set us apart early because we had experience in the geographies with a product type that we were continuing,” says Clark Spencer managing director, investments at Grubb Properties. Since launching its Link Apartment Opportunity Zone REIT in 2019, the non-traded REIT has raised roughly $400 million.

COVID created challenges for less experienced sponsors that ended up thinning out some of the market participants. “What we were left with in 2021 and now 2022 is a very sophisticated OZ market,” says Spencer. “I think the top of the industry has gotten very, very strong.” In addition, the way that the program is designed with incentives being passed on to investors only, it is really important for the deals to make financial sense. “Fundamentally, that requires that the projects themselves be good investments,” he adds.

The most popular OZ structure is a single-asset partnership that raises capital in a Reg D private placement. However, some players are differentiating themselves with alternative structures. Grubb Properties opted to overlay a non-traded REIT structure on top of its QOF program to produce beneficial results for investors, such as tax reporting simplicity and internal flexibility in how the portfolio is managed over time. As a private offering, it is limited to accredited investors.

Meanwhile, to date, Belpointe PREP is the only publicly-traded entity. “When the initial round of Opportunity Zone regulations was released, it was unclear whether any structure other than a REIT structure would allow a QOF to own multiple assets,” says Laidlaw. Belpointe initially went out as a non-traded REIT. Once the final round of OZ regulations established that partnerships were able to develop multiple assets within a single fund, Belpointe reorganized as a publicly traded partnership and is currently listed on the NYSE American under the ticker OZ.

According to Laidlaw, the publicly-traded structure offers a number of advantages, including being able to work with non-accredited investors. “Being a public structure also provides our investors with liquidity, via trading on the NYSE American, as well as the ability to invest whenever they choose to, and, if they’re buying in the open market, with no minimum investment required,” says Laidlaw. In addition, unlike most private partnerships, the structure does not provide for capital calls and will not require investors to make future capital contributions, he adds.

One of the big challenges is that the legislation did not set up OZs as an evergreen program. New capital raising could be shut off in either 2026, or with a one-time extension currently under consideration, in 2028. If the program isn’t renewed beyond that, OZs could end up being a one-time 10- or 12-year program and remain a niche tax strategy product. “However, if the program is renewed and a new set of Opportunity Zones are established for the next 10 years, then I think you could see a lot more democratization of it,” says Spencer.

Currently, there is proposed legislation with the Opportunity Zones Transparency, Extension, and Improvement Act that would extend the capital gains tax deferral period from December 31, 2026 to December 31, 2028. It would also re-establish the 10 percent step-up in basis for QOF investments that are held for at least five years prior to the end of the deferral period and reduce the holding period requirement for investors to receive an additional 5 percent step-up in basis (for a total step-up in basis of 15 percent) from the current seven years to six years. In addition, it would eliminate some of the current designated zones that no longer qualify as low-income areas.

This type of incentivized economic development from private capital is desperately needed in many areas, adds Spencer. Designated OZs are typically low-income areas that have been under-invested for a variety of historical reasons. “A lot of them are really, really good real estate that, hopefully through the program, can be transformed to valuable parts of the communities that they’re in,” he says.