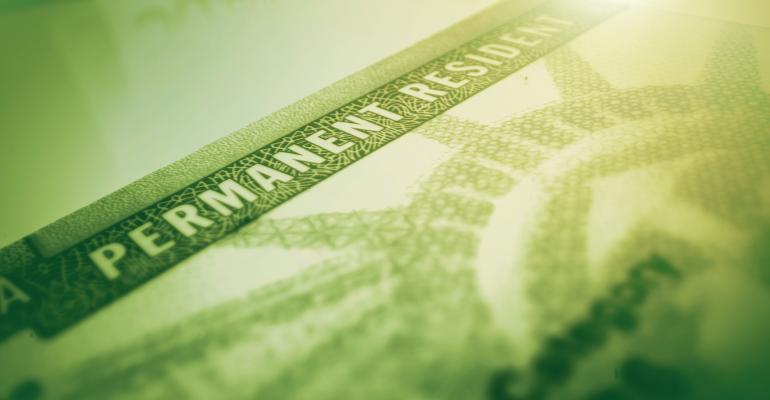 A proposed five-year extension would help to stabilize the program, which has struggled under the weight of uncertainty for the past several years.

Legislators who have been kicking the can down the road for years on reforms to the EB-5 investment program are now facing a hard deadline to keep the program alive. The program will cease to exist if Congress can’t pass legislation to renew the program by June 30th.

EB-5 is an incentive program for foreign investment into the U.S. that trades green cards for capital. Short-term extensions, often coming at the eleventh hour, have become par for the course since the Obama Administration. EB-5 has always had a safety net to fall back on as the program has been included in the Omnibus Bill, virtually guaranteeing an automatic extension when Congress approved the federal budget. However, EB-5 was pulled out of the Omnibus Bill last year and faces a make or break moment with a looming sunset deadline.

“It is concerning, because it now stands solely on its own, and the issues that have been preventing it from getting a long-term extension are going to need to be addressed for the program to continue,” says Reid Thomas, chief revenue officer and managing director at NES Financial | JTC.

At the same time, there is optimism that current legislation sponsored by Senator Chuck Grassley (R-Iowa) Senator Patrick Leahy (D-Vt.) will garner both industry support and bipartisan approval. The pared down bill includes a five-year reauthorization of the program and long sought after “integrity reforms”, while leaving out more complex reforms, such as how to redefine targeted employment areas (TEAs). “We all have different things that we would like to see in the program, but the priority now is to get this program re-authorized for the long term without interruption,” says Christine Chen, chief operating officer at CanAm Enterprises. The firm operates seven USCIS-designated regional centers and has raised nearly $3 billion in EB-5 investment capital over the past three decades.

The five-year extension would help to stabilize the program that has struggled under the weight of uncertainty for the past several years. “It would be nice to have more predictability, not only for ourselves, but for our investors,” says Chen. People don’t want to worry that the program is going to disappear while they are waiting for their visas. So, that certainty in itself will help to bolster the program, she adds.

The proposed legislation focuses on eliminating fraud and misuse. Although not prevalent, such cases have occurred and there is agreement around putting better controls and oversight in place that would provide best practices for participants and safeguards for investors. Some of the key points included in the legislation are to:

The original intent of the program was to spur economic development and bring jobs to areas with high unemployment. Since it was first introduced in the early 1990s, the EB-5 program has generated more than $41 billion in direct foreign investment into the U.S. economy, according to Invest in the USA (IIUSA), a not-for-profit industry trade association for the EB-5 Regional Center Program. “In my opinion, it’s the most efficient job creation program ever, because it doesn’t cost the U.S. taxpayer anything,” says Reid.

Many industry participants see the EB-5 program as playing an important role in the post-pandemic economic recovery by providing needed capital for infrastructure and helping to create jobs. “The Biden administration is focused on economic recovery and will have to forge creative and comprehensive solutions,” says Juline Kaleyias, director, business development at EB5 Capital, which owns and operates five USCIS-designated regional centers in Bethesda, Md. Although the EB-5 program could be a valuable tool in the economic recovery toolkit, the government also will need to address the large backlog in visa applications, she adds.

Backlog is deterrent to new investment

Another problem weighing on the program is that demand from EB-5 applicants has overwhelmed the supply of immigrant visas available each year. The result has been a large backlog and long delays for obtaining those green cards. Applicants from Mainland China represent a disproportionate share of that backlog. Approved visas are capped by country. So, the success of the program in high-demand countries, such as with China, is part of the current problem.

For example, if an applicant born in China files an EB-5 application today, he/she can expect at least a 15-year wait before a visa number becomes available, notes Kaleyias. A decade ago, Chinese investors were getting approved in as little as six to eight months. Currently, investors from India and Vietnam can anticipate wait times of approximately seven to eight years before they can move to the US, while applicants from other countries have a wait of about two years, she says. The long lead times have resulted in a sharp drop in capital coming from China. According to Kaleyias, over 85 percent of all applicants applying for EB-5 visas a decade ago were Chinese compared to less than 15 percent in 2020.

Regional centers are diversifying capital raising strategies beyond China to other countries in Asia, such as India and Vietnam, as well as the Middle East, South America and Africa. The hope is that once the new EB-5 legislation is approved, it will allow the industry to address capacity and other efficiencies that will help to correct the backlog. Yet the uncertain future coupled with the long wait times is making it harder for developers to source EB-5 funds for their projects. “The overall inflow of new investment has been very slow,” says Thomas. In 2012-2013, it was common to see EB-5 projects that were raising in excess of $100-200 million in EB-5 capital. Now the capital raises greater than $20 million are rare, says Thomas.

Most EB-5 regional centers recognize that the China market likely is not going to come back until there is a significant overhaul of the visa availability. “We are hopeful that is an issue that can be on the table once the Integrity Measures are approved,” says Chen. Another significant hurdle for EB-5 firms is not being able to get in front of investors due to COVID-19 travel restrictions, she adds. Traditionally EB-5 capital raising has been done with people on the ground and being able to travel to investors. “A lot can be achieved virtually and over the phone, but for such a big investment and a big life decision, it is always helpful to have someone on the ground so they can see that there are real people behind the opportunity,” says Chen.