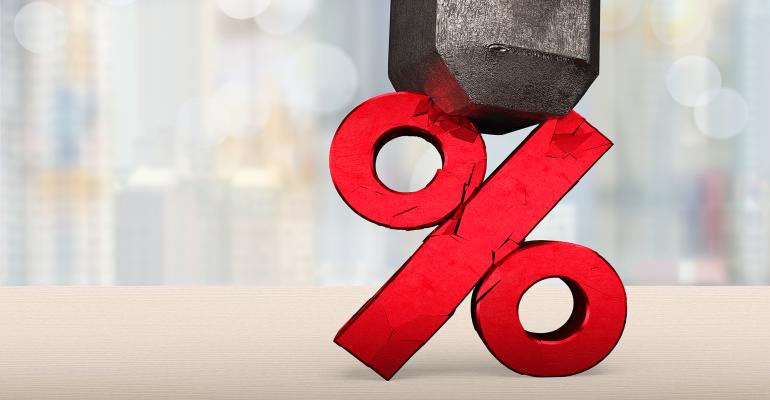 The CRE Industry is Battling Back Against Proposed Tax Reforms

Industry pros fear that the slew of proposed measures, if enacted, would lead to a steep drop in deal volume and pricing.

Commercial real estate  stakeholders are rolling up their sleeves and digging in to battle proposed tax reforms that could deal a devastating blow to the investment marketplace.

The two issues garnering the most attention are a $500,000 limit on the amount of capital gains that could be deferred in a 1031 exchange and an increase in the maximum capital gains tax rate from 20.0 percent to 39.6 percent. Commercial real estate industry advocates argue that those two items combined would deliver a one-two punch for investors across the board as it would generate significantly higher tax penalties following the sale of a property. Industry participants are also worried that the new tax rules would significantly reduce investment sales activity and send ripple effects across the broader economy.

Related: What CRE Opportunities Await if the American Jobs Plan is Enacted?

The Section 1031 Like-Kind Exchange Coalition includes a group of about 30 real estate industry associations, in efforts to educate legislators about the benefits of rewarding investment risk, as well as the potential unintended consequences of proposed changes to tax laws. It also has set up tools for industry pros to contact legislators directly on the issue. According to a statement from the Real Estate Roundtable, the real estate industry strongly supports bold actions to finance infrastructure needs, expand the economy, and promote job growth. However, there is concern that many of the tax proposals accompanying the American Families Plan would “reduce economic activity, impede job growth, and diminish opportunities for startup businesses and those less advantaged.”

Congress could address proposed tax reform this fall, and there is a lot of work that needs to be done before then, notes Anthony Chereso, president and CEO of the Institute of Portfolio Alternatives (IPA). “Our efforts are focused on making sure that we are providing members of Congress with the right information so that when they are making decisions on how to support the American Families infrastructure plan, they are supporting it in a way that doesn’t degrade our economy but actually stimulates our economy,” he says. Those efforts include education and outreach to lawmakers and key cabinet members, such as Secretary of the Treasury Janet Yellen. Industry groups also are gathering real life examples from members about the benefits of 1031s to share in their lobbying efforts.

“We have to get away from the conversation that this is a tax loophole,” says Chereso. The 1031 exchange tax law has been around for 100 years, and it is intended to create transaction momentum in the commercial real estate marketplace and to stimulate more investment into commercial real estate, he says.

The Section 1031 Like-Kind Exchange Coalition also commissioned Ernst & Young to conduct an economic impact analysis of 1031 exchanges. According to the report, 1031 exchanges during 2021 are expected to support an estimated 568,000 jobs and $27.5 billion in annual labor income, as well as contribute $55.3 billion to the U.S. GDP. “By removing 1031 exchanges, the pay forward that legislators are expecting from the additional tax revenue from capital gains pales in comparison to the economic impact that will result,” says Chereso. The IPA will share further details of the report in its IPA Virtual Summit on May 18.

1031 exchanges have been on the chopping block before. What is making people in the commercial real estate industry nervous now is the high levels of government spending. President Biden is hoping to use tax increases to help pay for American Families Plan and the American Jobs Plan. Yet even with Democratic control in Congress, legislation will not have an easy path ahead to get the majority vote needed—at least as they are currently written. Several Senate Democrats have signaled they do not support all the tax increase proposals. For example, members of the Senate Finance Committee—Joe Manchin (D-WV), Mark Warner (D-VA) and Bob Menendez (D-NJ)—are among those that have voiced concerns that higher capital gains rates could slow economic growth, according to The Wall Street Journal.

The four tax issues that the commercial real estate industry is watching closely are:

“This is Biden’s first cut at it. So, we will see what sticks and what doesn’t,” says Mark Schneider, CPA, tax partner and leader of the Real Estate Group at Anchin, a tax and advisory firm based in New York City. Of these four provisions, the toughest one to pass is likely going to be raising the capital gains tax rate from 20 percent to 39.6 percent, in part because that is a big jump. Biden may be willing to compromise on that number to get the support he needs, but it is likely too soon to tell how this plays out, notes Schneider.

The proposal is stirring concerns in the real estate industry. “These changes would be detrimental if they get implemented, not just for people in the commercial real estate world and net lease brokers, but everyone who owns commercial real estate, every municipality that relies on transfer taxes, states that rely on real estate tax values—everything is going to be hurt if this gets passed,” says Jimmy Goodman, a partner at the Boulder Group, an investment real estate service firm specializing in single tenant net lease properties.

However, the legislation has a long road ahead, and people are waiting to see what happens, adds Goodman. Generally, investors and owners are not making any big changes to strategies. “It is too early for anyone to be making any rash decisions without knowing where we are going to be,” he says. So, for now, it is business as usual with single tenant net lease transaction volume that is at an all-time high. “However, people are obviously concerned, and they are going to monitor this, or be proactive and contact their legislators,” he adds.

Many investors are understandably concerned about the impact the tax changes, particularly the cap on 1031 exchanges, would have on commercial real estate, agrees Matthew Mousavi, a managing principal in the National Net Lease Group at SRS. Others feel the proposal is so dramatic that there’s little possibility of material changes to the 1031, especially given its long history, he says. “Many I’ve spoken to are more convinced about the prospect of increases to the long term capital gains tax than they are to the cap on 1031s,” he adds.

Some investors with a vested interest are taking a proactive approach to potential changes. For owners that are seeking to sell, or perhaps had plans to dispose of assets in 2022 or beyond, many are reconsidering that timeline and accelerating their plans and now are shifting to sell this calendar year, notes Mousavi. “Whether you’re seeking to dispose or acquire, these potential changes have certainly caused a sense of urgency in the marketplace, and we expect this to continue for the balance of the year,” he adds.

Those capital gains will be taxed at the rate in effect when those gains are realized. If the higher rates proposed—39.6 percent for the highest tax bracket—are in effect in 2026, it effectively increases the tax penalty on the capital gain that was originally deferred. “In essence, you could almost double your capital gains tax in 2026 if you have to pay 39.6 percent,” he says. So, the question is whether investors or Opportunity Fund sponsors need to take steps to consider a way to accelerate the timetable for realizing gains to take advantage of the current lower tax rate, he adds.