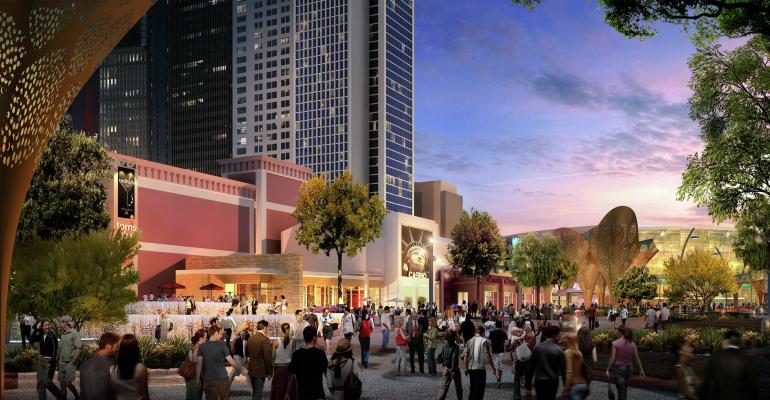 Blackstone Is in Talks to Buy the Bellagio and MGM Grand

The private equity firm is negotiating to be the buyer in the sale leaseback of the two casinos.

(Bloomberg)—Blackstone Group Inc. is in advanced talks to buy and lease back the iconic Bellagio and MGM Grand Las Vegas casinos from MGM Resorts International, according to people with knowledge of the matter.

They have yet to agree on a transaction and one may not be reached, said the people, who requested anonymity because the talks are private. The terms of the potential deal couldn’t be learned.

Representatives for Blackstone and MGM Resorts declined to comment.

MGM Resorts has been exploring selling and leasing back the properties individually or bundled together, Bloomberg News reported in July. Property sales free up cash for casino companies to expand while letting them continue to manage their resorts.

The Las Vegas-based company in January formed an independent committee to evaluate ways to extract value from its real estate portfolio. Activist investor Starboard Value built a position in the company with plans to push for changes, Bloomberg News reported that month.

“A Blackstone deal to buy and lease back Bellagio and MGM Grand -- in advanced talks, Bloomberg reports -- could raise $6.5-$7 billion for a $10 billion resort in Osaka, Japan, where MGM will vie for a license.” –Brian Egger, Gaming analyst

MGM Resorts expects to share the results of the review in early fall, Chief Executive Officer Jim Murren said in a conference call with analysts in July.

The Bellagio and MGM Grand Las Vegas are two of the crown jewels in MGM Resorts’ portfolio of gaming resorts in the U.S. and China. Together, the properties have more than 10,000 rooms and about 315,000 square feet of casino space, according to the company’s most recent annual report.

MGM Resorts could receive proceeds of up to $4 billion selling the Bellagio and nearly $3 billion from a sale of MGM Grand, analysts with Bloomberg Intelligence said in July.

Blackstone, a New York-based private equity firm, has built up a hefty war chest for real estate transactions. Last week, it said it raised $20.5 billion for its ninth real estate fund, topping the $15.8 billion it raised for its predecessor vehicle.

To contact the editors responsible for this story: Liana Baker at [email protected];