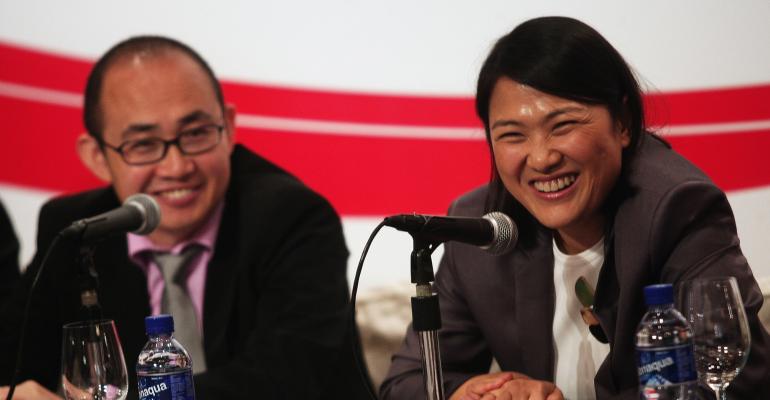 The firm is offering HK$5 in cash for each share of the Chinese office development firm.

(Bloomberg)—Blackstone Group Inc. offered to take over office developer Soho China Ltd. for as much as HK$23.7 billion ($3.05 billion), its biggest bet yet on the real estate market in Asia’s largest economy.

The New York-based private equity firm is offering HK$5 in cash for each Soho share, it said in a Hong Kong stock exchange filing Wednesday, confirming an earlier Bloomberg News report that it was nearing a deal. The bid represents a 31.6% premium to Soho’s last closing price before trading was suspended.

Soho Chairman Pan Shiyi and Chief Executive Officer Zhang Xin, who own a majority stake in Soho China, have agreed to sell most of their shares to Blackstone, according to the statement. They plan to keep a 9% stake after the deal closes. Blackstone intends to keep Soho listed on the Hong Kong stock exchange, the statement shows.

Blackstone has been investing in office, retail and logistics assets in China since 2008 and owns approximately 6 million square meters of properties in the country, according to the statement. The firm is doubling down on Asia, seeking to raise at least $5 billion for a fund focused on the region, people familiar with the matter have said.

Shares of Soho, which were halted pending the announcement, will resume trading Thursday morning. Goldman Sachs Group Inc. is advising Blackstone on the deal.

Soho has been seen as a takeover target since early 2020, as a lack of new assets in its pipeline and declining office rents in key Chinese cities put mounting pressure on its profits. The Beijing-based developer said in March last year it was in talks on a potential deal with overseas financial investors that could lead to a bid for the company.

Blackstone was in discussions about a deal for Soho, though negotiations stalled due to concerns about financing and the impact of the coronavirus pandemic, Bloomberg News reported at the time. Soho said in August that all previous talks with potential investors had been terminated.

Soho China, founded in 1995, currently holds and operates 1.3 million square meters of commercial properties in China, according to the statement. Its key assets include the signature Bund SOHO in Shanghai and the landmark Wangjing SOHO in Beijing, designed by Zaha Hadid, the first woman to receive the prestigious Pritzker Architecture Prize, according to the company’s website.

The investment firm reached a $1.1 billion deal in November to buy control of the biggest urban logistics park in southern China’s Greater Bay Area. In late 2018, Blackstone acquired a Shanghai mall and office complex from Mapletree Investments Pte for $1.2 billion, people with knowledge of the mater said at the time. It agreed the next year to buy stakes in Chinese shopping centers in Xi’an and Zhengzhou from Taubman Centers Inc.

--With assistance from Emma Dong and Vinicy Chan.