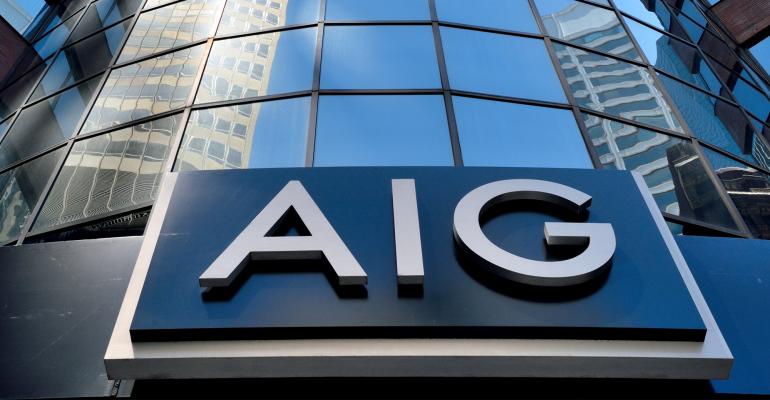 The deal builds on two initiatives by Blackstone: to build permanent capital through an expansion into insurance, and to pursue lower-cost rentals for its CRE business.

(Bloomberg)—American International Group Inc. said it agreed to sell a 9.9% equity stake in its life and retirement business to Blackstone Group Inc. for $2.2 billion in cash.

The insurer and the private equity giant agreed to a “long-term strategic asset management relationship” for an initial $50 billion from the life and retirement portfolio, AIG said Wednesday in a statement. AIG will also sell affordable-housing assets to Blackstone for $5.1 billion.

The deal builds on two initiatives by Blackstone: to build its so-called permanent capital through an expansion into insurance, and to pursue lower-cost rentals for its real estate business.

Blackstone and its private equity peers Apollo Global Management Inc. and KKR & Co., have been attracted to insurance because it generates a steady stream of capital that can be invested. The expansion in permanent capital helps firms become less reliant on the ups and downs of the private equity model that demands regular fundraising from institutions.

Private equity firms have also taken advantage of a movement by insurers to shed life businesses and non-core assets to raise capital. In January, Blackstone agreed to buy a life business from Allstate Corp. for $2.8 billion. As part of that deal, the firm agreed to oversee a $28 billion portfolio.

The AIG-Blackstone asset-management deal is expected to grow to $92.5 billion in the next six years. When the deal closes, Jon Gray, president and chief operating officer of Blackstone, will sit on the board for the life and retirement business.

“This is a positive step toward AIG separating its businesses. At 1.1x adjusted equity excluding AOCI, the valuation is in-line with other life insurers. The group retirement business is attractive but has significant exposure to variable annuity guarantees.”

“We are honored to become AIG’s strategic partner, supporting the growth and success of one the world’s top life insurers as a standalone business,” Gray said in a statement. “We believe our leading private credit origination platform will play an important role to help meet long-term policyholder obligations while maintaining strong credit quality.”

The purchase of AIG’s housing assets builds on a strategy that Blackstone has been pursuing to own lower-cost rental units.

In May, the private-equity firm told the San Diego Union-Tribune that it was buying roughly 5,800 apartment units in San Diego County from the Conrad Prebys Foundation for more than $1 billion. Blackstone said at the time that it planned to keep most of the rentals affordable for residents who make 80% or less of the area median income.

--With assistance from Noah Buhayar and Max Reyes.