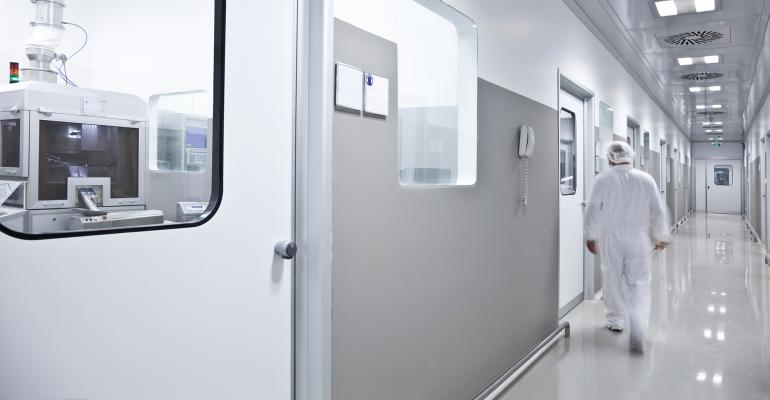 Investors including the Blackstone Group and KKR are betting on life sciences buildings.

(Bloomberg)—Even as the remote-work era clouds the future for offices, one segment of the business is drawing cash from investors including Blackstone Group Inc. and KKR & Co.

More than $10 billion has gone toward buying buildings used for life sciences and other research this year, according to Real Capital Analytics Inc. That accounted for approximately 4% of all global commercial real estate transactions through May, double the share from last year.

That estimate doesn’t count new construction, and fresh buildings are breaking ground in U.S. cities including Boston, San Diego and San Francisco -- many without having signed major tenants. Unlike workers in conventional offices, many scientists don’t work remotely. And as vaccines help fuel the economic rebound, funding for medical innovations is expected to drive the need for more space, particularly in the U.S. and U.K.

“The pandemic only amplified the demand growth, but it’s a trend we think will continue for years,” Nadeem Meghji, Blackstone’s head of real estate Americas, said in an interview. “This is about, broadly, advances in drug discovery, advances in biology and a greater need given an aging population.”

Last year, as social-distancing emptied out office buildings and damped investor interest in malls and hotels, life science building sales and refinancing totaled about $25 billion, up from roughly $9 billion in 2019, according to Eastdil Secured. Blackstone, a veteran investor in the sector, booked a $6.5 billion profit from refinancing BioMed Realty Trust, the largest private owner of life-science office buildings in the U.S. It also agreed in December to buy a portfolio of lab buildings for $3.4 billion.

KKR paid about $1.1 billion in March for a San Francisco office complex it plans to repurpose for life science tenants. DropBox Inc. had rented the entire site in 2017, but gave up the space so employees could work remotely. In one high-profile U.K. example, a science campus is planned for a Canary Wharf site once slated as the London headquarters for Deutsche Bank AG. Overall, the U.K. life sciences market saw a 166% increase in the volume of transactions in the last three years, according to real-estate services firm Jones Lang LaSalle Inc.

Even before the pandemic, life science property was on the upswing. Over the last five years, asking rents for such space soared 90% in the San Francisco Bay Area compared with 20% for conventional office space, according to commercial property brokerage Newmark. In Boston, which along with nearby Cambridge is an epicenter of the industry in the U.S., asking rents climbed three times as fast.

Investors see the higher rents translating into higher property values, which explains why construction projects are moving ahead without tenants lined up. Among the biggest spec builders is IQHQ, a startup that raised $2.6 billion last year to develop laboratory buildings that are breaking ground without signed leases. In April, the firm launched construction of Fenway Center, a $1 billion complex on a platform above Boston’s Interstate 90 with a rooftop view of the famed Red Sox ballpark. The firm isn’t concerned about filling up the space, according President Tracy Murphy.

“We build spec, but we don’t build blind,” Murphy said in an interview from San Diego, where her firm is pouring concrete for a 1.6 million-square-foot waterfront lab complex. “I don’t see any end in sight for money coming in.”

In January, it paid $1.5 billion for a project in Boston’s Fenway neighborhood. The company has 4 million square feet of space under construction -- about 1 million of which still hasn’t been leased.

As investors clamor to break ground, there’s a risk of an oversupply of space, said Jeffrey Langbaum, an analyst with Bloomberg Intelligence. Another hazard for developers is that lab space construction can cost as much as 15% more than conventional offices. Science buildings require stronger structures and higher ceilings to accommodate features such as enhanced air filtration. That limits potential other uses for the property if health-industry tenants don’t materialize.

Lab buildings are trading for capitalization rates, a measure of returns for investors, of less than 4%, which is lower than apartment buildings or industrial properties. There’s been cap rate “compression” over the last year amid a surge in investor capital flowing into the sector, according to Sarah Lagosh, managing director in the Boston office of Eastdil.

The recovery of traditional offices is expected to take time as companies call employees back over the next few months. Even then, many firms have said they’ll let people stay home at least part of the time. That’s raised concerns about the future of downtown skyscrapers, while Covid-19 has added to the momentum for life sciences properties.

“The pandemic has pushed life sciences into warp speed,” said Jonathan Varholak, who runs the life sciences team in the Boston office of the real estate firm CBRE. “You can’t do chemistry from home.”

To contact the author of this story: John Gittelsohn in Los Angeles at [email protected]