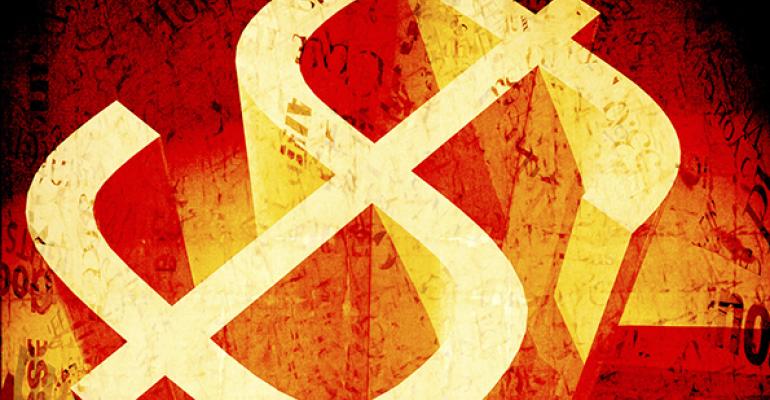 Trying to save money on life insurance may not be a good idea (as discussed in Parts 1 and 2 of this series).

The underlying expense structure and chances of a policy having a life expectancy longer than the insured individual is often determined by how much goes into the contract. Why not go a step further? What about evaluating a life insurance transaction like any other investment opportunity?

This is a numbers game but not necessarily in the sense many people think. Sure, more premium grows the cash value and the death benefit but not proportionately. Look at your own retirement plan. If you put twice as much away every year, it wouldn’t be a surprise that you’d end up with twice as much in your plan. But what if someone told you that if you put twice as much away, you’d end up with four times as much in your plan while simultaneously reducing your risk profile? More money into the same product increasing your return? Now Bill, that’s silly. Investments don’t work that way. I know. But life insurance can.

Level 3: $11,150 is the premium to optimize commissions commonly referred to as “target premium.”

Level 4: $18,358 is the maximum by regulation that can be put into this contract on an annual basis and not violate modified endowment contract guidelines. There will be no real-world modeling or testing today, just hypotheticals.

I won’t entirely rehash the earlier pieces, but a fight I’m up against is the inherent nature of the consumer populace to gravitate to the apparent good deal that’s generally defined as a lower price tag. My goal with this exercise is to suggest the good deal might be the opposite of conventional wisdom.

Notice the tiny premium spread between funding Levels 1 and 2. It requires only $244 to have $1 million of cash value at aged 100 versus none. That’s better than a 13 percent rate of return on the spread. But why does that really matter? Because it lowers the cost of insurance charges alone in the contract by roughly $650,000. Finally, it increases the chances the policy will actually pay a death benefit largely because it doesn’t have to bother with an extra $650,000 of drag.

Looking at the table, you’ll notice that Level 1 has an internal rate of return on premium to cash value that barely goes positive way down the road before sinking like a stone. This, in and of itself, should be an eye opener to many consumers. Remember, this hypothetical assumes the policy is actually getting credited 6.09 percent a year, yet the IRR never comes close. Also, because this IUL contract has a floor that never goes below 0 percent, how can I lose money? Isn’t this why premium financing is usually funded with IUL contracts? Wake up and smell the coffee.

Level 2 goes positive, but it takes a few decades, and the best return is roughly 50 percent of what it actually earned in the markets. Level 3 and Level 4 look similar in the fourth and fifth decades but note the meaningful differences earlier in the contracts. Again, we’re not getting into real-life modeling, persistency bonuses, mortality charge changes or anything of the sort today.

What’s the quick takeaway? More money means a better return. But that’s not all. More money significantly increases the chances of a successful transaction defined by a death benefit to actually getting paid out someday. What do I mean by a better chance?

If your client knew this before he entered into a policy and made funding decisions, would it make a difference? I sure hope so.

Your client may not be looking at your life insurance policy in terms of cash value, so let’s look at the numbers for a death benefit.

One thing you’ll notice is that, across the board, the IRR in the earlier years will be lower with the greater funding levels because we’re assuming a greater premium for the same death benefit. But do I care if I don’t plan on dying early? And would I be rolling in my grave because my life insurance death benefit only returned 30 percent or so on premium as opposed to 40 percent or so?

Note what happens in Level 3, as opposed to Level 2, as we move along the timeline. By life expectancy, the IRR on premium to death benefit is meaningfully better and even more so at Level 4. We’re talking about a couple 100 basis points being a better return over Level 3 and an additional 100 bps-plus over Levels 1 and 2.

Funding the exact same policy at Level 4, rather than Level 2, increases the IRR of the transaction at aged 90 by well over 300 bps. At 100, this 228 percent funding increase results in a 460 percent increase in a projected death benefit. The death benefit is increasing at twice the rate the funding is increasing. All this while improving the chance of the policy actually paying a death benefit from 0 percent to 100 percent. Wow! That’s not how investments work, is it?

You might be asking “Bill, does anyone really fund these policy at Levels 1 or 2 or are you being sensationalistic?” Absolutely, positively yes. All the time. Now I’ll ask, isn’t it worth it to understand this?

Bill Boersma is a CLU, AEP and LIC.  More information can be found at www.oc-lic.com, www.BillBoersmaOnLifeInsurance.info and www.XpertLifeInsAdvice.com or email at [email protected].

Part 1 dealt with the ultimate effect of funding on policy cost of insurance. Part 2 dealt with funding and the chance of a policy going the distance.