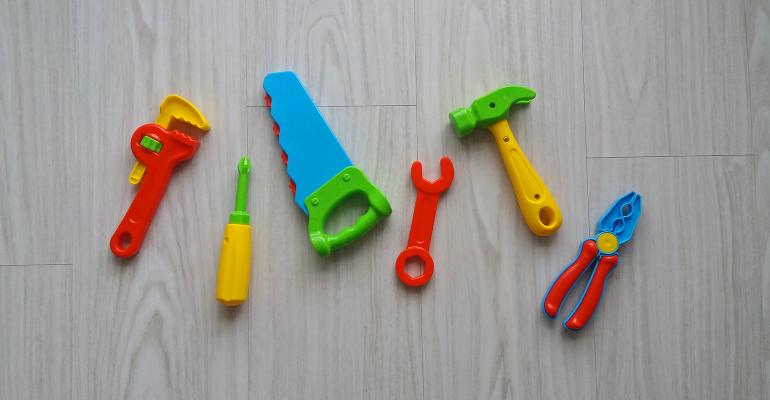 The real-life effects of making certain money-saving changes to your policy.

My last piece was about life insurance and pricing and hopefully left people thinking that cheaper isn’t always better. I want to expand on that. We’ll keep looking at the 50-year-old preferred non-smoking male and a $1 million indexed universal life policy run with $7,842, $8,115 and $11,360 premiums.

The Conundrum: A tiny additional bit of premium can hypothetically reduce policy expenses dramatically and subsequently allow the policy to last longer and be less susceptible to market forces. However, the lower funded policies may have a hard time actually staying alive longer than the insured individual, even if the sales ledgers suggests otherwise.

Now we’ll find out what that means. The policy in question was run with a 6.09 percent assumption (the software default). If I rerun it at 5.09 percent, which many will argue is more reasonable, instead of lasting to age 100 or beyond (as originally projected), the policy will project to lapse with no value and no death benefit in the insured’s 80s. That’s a pretty meaningful swing for a 100 basis point (bp) change.

If this happened and the policy actually fell apart then, it would take a low six-figure annual premium to keep the policy in force to age 100. Is it worth the risk?

At 6 percent (a minuscule 9 bp reduction) the lowest funded policy now dries up three years earlier and requires a couple hundred thousand dollars per year just to get to age 100 if necessary. The slightly higher funded policy would make it fine but still lose about $200,000 in cash value. By the way, losing $200,000 in cash value for a 9 bp drop is disproportionately large if you do the math. A pure time value of money calculation assuming 50 years of deposits to accumulate $1 million would only result in a $34,000 difference assuming a 9 bp reduction.

The point is, a spread of realized return relative to planned return has a disproportionately large effect on a life insurance policy because of the outsized effect on cost of insurance. If someone doesn’t understand this thoroughly, they shouldn’t be looking to buy life insurance with any kind of variable assumptions.

But all of this is meaningless, isn’t it? Why? Because the moment after this policy is put in force, the real world confronts it and even in the crazy chance that the policy will credit 6.09 percent on average over 50 years, it certainly won’t do it on a level basis year in and year out. We all know it will go up and down. What effect will that have on the policy? Hold on to your hat because you’ll probably be shocked.

One problem with modern life insurance is that the major sales tool used to sell policies, the sales ledger, is a complete fraud, an impossibility. It’s an illusion more than an illustration. “But it’s just a tool Bill, settle down.” Maybe, but it’s a tool that is too often used inappropriately to compare policies and to lead a consumer to poor decisions. If you truly understood what the sales ledger was and wasn’t telling you, you’d laugh or (swear) when you saw it.

This regulator-mandated tool to place life insurance is a farce. Because it’s prohibited by law to show any kind of real world scenario (I’m not making this up), there are some independent modeling tools available to run more realistic outcomes. The results are absolutely fascinating.

We’ll take the $8,115 premium that purports to keep the policy churning forever and apply some variability to the return, like a Monte Carlo simulation. When this is run, it tells me that there’s a 0 percent chance of the policy lasting until age 100. You read that right. The real world gyrations of the markets will almost certainly cause this policy to fail and never pay a death benefit. Maybe someone thinks running it to 100 is too conservative. If I change it to calculate the chance of success for the policy to simply last to actuarial life expectancy, a point at when there’s a 50/50 chance of outliving it, there’s a whole 1 percent chance of the policy making it, per this modeling. Maybe there’s another model that will come up with different results, but the one I’m using is reasonably well known.

Do you realize what this is telling us? If we fund the policy the way a tremendous number of these policies are funded in the market, there’s fundamentally no chance it’ll actually pay a death benefit despite the glowing sales ledger your client signed off on.

Now let’s talk about “overfunding” the policy; the $11,360 premium. This is paying a 40 percent premium on your premium. If we put this into the model, there’s a 97 percent chance of lasting to actuarial life expectancy. Much better, right? Nice comparatively, but we’re still talking about a point at which your client has an even chance of outliving the policy. In fact, your clients will probably beats the odds. If I want to target life expectancy plus five years, the probability drops to 66 percent. Targeting age 100, the probability drops to 28 percent. If I increase the mortality costs by just 10 percent, it has a 7 percent probability of making it. If I reduce the cap rate, which many assume will happen moving forward, well… just forget it.

Maybe that 40 percent extra premium isn’t really extra or overfunded at all. Maybe the contract needs it to have any realistic chance of persisting. By the way, the policy will accept at least twice that amount. The independent modeling suggests the appropriate premium to have 90 percent confidence level for the policy to do what you want it to do is paying about $14,000 to $15,000/year. This is almost twice the premium many are going out the door assuming.

Remember, there’s no such thing as sitting down at a computer, inputting a gender, class, age and death benefit and hitting a button that comes up with the premium your client needs to pay. That’s an old fashioned notion. These policies are almost all custom built with a variety of assumptions to accomplish given results within a variety of risk tolerances. But many of these decisions are made without the consumer understanding they exist and that there’s a choice.

I can run sales ledgers that’ll look good every time, but I can perform more realistic modeling six ways from Sunday and things will fail repeatedly if not built right. No matter what looks good on paper, if I apply the real world, it looks differently. Even if we just assume two years with 0 percent return, the great looking deal can crash and burn. If your client actually knew this, what would they do?

There are right ways and wrong ways to use insurance products. Some understand this and responsibly fund them, and some use it as a tool to win the spreadsheet war. The former can turn out fine. The latter is doomed to failure. This is one of those places your client should absolutely not try to save money.

Bill Boersma is a CLU, AEP and LIC with a specialty in life insurance consulting.  More information can be found at www.oc-lic.com, www.BillBoersmaOnLifeInsurance.info, www.XpertLifeInsAdvice.com or email [email protected]