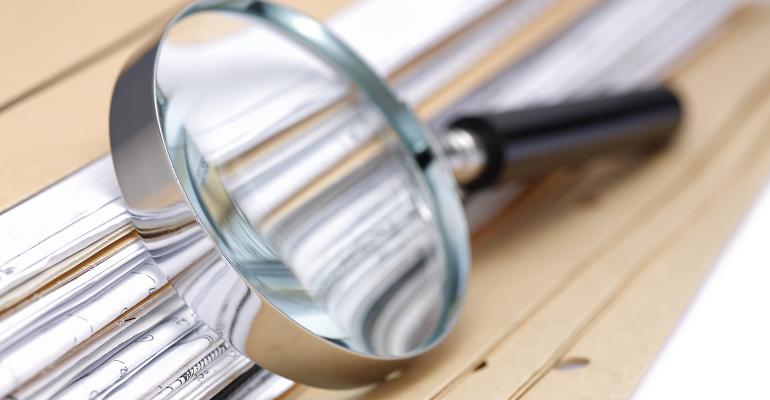 In the past few weeks, I’ve received more calls than usual regarding consulting and analysis for existing or proposed premium financing transactions. They’re coming from attorneys and accountants as usual, but from more family offices than ever.

Some of these calls will involve deep analysis, and in some situations, I’ve been able to have the proposals emailed to me for a quick once-over. While I’m committed to entering every situation with an open mind and free of prejudice, sometimes, at a glance, the result is self-evident.

In one situation, the details of a program implemented three years ago is very similar to a recent proposal I just dug deep into. The changing loans rates and crediting rates have eliminated any potential arbitrage, and there’s no way to roll out of the financing without losing money. I recommended not moving forward with the recent proposal because there was fundamentally zero chance of it working, and I’m afraid the 3-year-old transaction is going to end up not working either.

In another, I was emailed the insurance ledger and financing proposal; I was shocked at what I saw. A client was going to borrow $10 million over a number of years and roll it out in Year 20. The assumed modest financing rates were overly optimistic and projected static for 20 years, and the assumed insurance returns were ridiculously aggressive. The 20th year roll-out to pay back the loan took 94 percent of the projected cash value.

What this means is that even with wildly unrealistic assumptions, the deal was built on a knife’s edge, and the possibility of it working was inconceivably small. This was a situation in which the underwriting was completed, the financial underwriting for the borrowing was wrapped up and the promoter was gunning to get it done. Fortunately, the client made the last minute call to her attorney. She felt it might be “too good to be true,” whereby her attorney said she needed to call me.

It worries me that for every case I see that isn’t going to work, there’s a hundred more that will find out the hard way.

Though it may not seem like it, I don’t want to sound all doom and gloom. I recently had an advisor ask me if there was ever a premium finance deal I would support. Yes, if (1)  it was proposed for suitable reasons, (2) it was built appropriately and beneficial to the client, and (3) the client fully understood risks as well as the upside potential. I can’t begin to speculate on what percentage of proposals would fit my definition of appropriate, but I’m confident it’s not as big a number as consumers and advisors would hope.

The insanity in the market is that these deals can be insanely complicated while being proposed as very simplistic. Try this on: “Mr. Client, why would you use your own money to buy insurance when you can borrow for much less than you can make in the market, the growing cash value will pay back the loan and you’ll have enough left to support your policy indefinitely without putting any of your own money in it. Fundamentally it’s free insurance. Let the arbitrage buy the insurance for you. That’s what smart people do. If worst comes to worst the policy itself is collateralizing the loan so you have none of your own skin in the game.”

While this isn’t the pitch from reputable players, it also isn’t me being facetious. This is pretty much what many people I’m introduced to have told me. The presentations and spreadsheets accompanying the proposal look fantastic and support everything, even in “stress tested” situations. The problem is, your client, and probably you as well, can’t possibly understand what those spreadsheets are telling you. It’s like watching a rocket lift off to take astronauts to the space station. Fundamentally, you get it and can track with a conversation explaining it, but you still don’t have a clue how it really works and what it took for that to happen.

Want proof? Then explain to me how myriad elements in the market affect option pricing that in turn determine participation rates and caps that affect the crediting to the underlying index funds that have a direct effect on gross cost of insurance and subsequently the net amount at risk, which is a defining aspect of whether the particular contract in question was built to have the staying power to survive real-world,

non-linear returns and not collapse into a stinking heap of garbage if the chosen index over the years is literally only a few basis points below projections.

Considering that I saw a plan that would fall apart if it received 98.7 percent of the (aggressively optimistic) projected return, and the average client doesn’t even know that the S&P 500 return and the S&P 500 index return aren’t even closely the same thing—words fail me in attempting to relate how out of their element the typical client is when evaluating these deals.

Given what’s at stake, the fees for independently vetting a deal is comparatively microscopic. Would your client buy a $1 million-dollar house and not pay a few hundred bucks for an inspection? No. I’ve seen people pay as much for a nice meal for their family as I might charge to make sure they aren’t squandering tens of millions of dollars. Does this make any sense at all? Of course not. Please help slap some sense into them.

Bill Boersma is a CLU, AEP and a LIC. More information can be found at www.oc-lic.com, www.BillBoersmaOnLifeInsurance.info, www.XpertLifeInsAdvice.com or email [email protected]