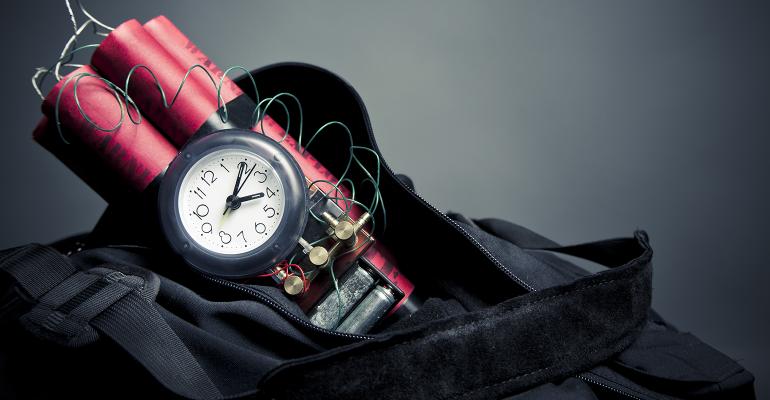 The industry won’t educate and manage, consumers won’t listen and most advisors won’t get involved.

This past month, there was an article on the front page of a major publication about universal life (UL) insurance policies. The  article included a statement that many people “… are sitting on a ticking time bomb, and most probably aren’t aware of it.”

Both of these articles, separated by 16 years, attempt to warn advisors and consumers about how the lower interest rates are wreaking havoc on their life insurance policies. These pieces, and most articles in between, are focusing on UL but the same decrease in interest rates is affecting whole life (WL) policies in the same manner, sometimes with more spectacular and devastating results. Since 2002, the average decrease in dividend rates for major WL carriers is about 300 basis points and over 600 basis points since their peaks in the mid 1980s. For both UL and WL, these even lower rates for a very extended period of time mean even more policies are doing worse than ever.  At least the ones that haven’t already exploded.

If I asked a room of advisors in 2002 how many of them have dealt with these issues with their clients, a few, if any, hands would go up. The same talk today would result in many nodding heads and commiserating. Back then, I think many in my audience sincerely thought I was exaggerating the issue and often didn’t believe me. “After all, if what Bill is saying was true, certainly I’d have heard about it.” But if they were paying attention, they would’ve been seeing the effects and been reading about in their respective professional journals.  Simply because they missed it or weren’t paying attention doesn’t mean it wasn’t happening.

Countless bombs are still out there with fuses getting shorter by the day, including bombs that weren’t even built until after 2002. Some will blow before this piece is published. A fuse on some 60 year old might not run out until he’s 85, but if he doesn’t cooperate and die on time, the result will be the same… detonation and destruction.

Don’t let the promise of interest rate increases allow your clients to think everything will be fine. While they might ease the pressure on contracts suffering marginally, the lower rates and the lost time value of money will make even a rising interest market meaningless in most situations.

Why is this still happening? The industry won’t educate and manage, consumers won’t listen and pay attention and most advisors won’t get involved unless they are forced to. I see it over and over again. Too many advisors don’t want to step on anyone’s toes, and they don’t want to jeopardize referral sources.  Besides, this isn’t “their thing.”  Few people want to jump into something that isn’t their thing, including me.  But… if you know this is happening, do everyone a favor and find a way to bring it up. If you knew your client was driving a car with an active recall for faulty brakes or catching on fire, that’s not your thing either, but I imagine you might at least mention it when they’re in your office. If it was serious enough you’d likely pick up the phone. Last week I told a friend about a great new restaurant. Restaurants aren’t my thing, but I shared anyway.

I urge you to do yourself and your client a favor and join the bomb squad to help deactivate these bombs.

Bill Boersma is a CLU, AEP and LIC.  More information can be found at www.oc-lic.com, www.BillBoersmaOnLifeInsurance.info, www.XpertLifeInsAdvice.com or email [email protected]